Chef Ruth Pretty on how to host the perfect dinner party Ruth Pretty’s name is synonymous with having a good time: meet the well-loved caterer who is bringing her special brand of deliciousness to your dinner table.

Ruth Pretty has a confession to make. At the first party she ever hosted, she forgot how to make gravy. The occasion – attended by her older brother and his mates while their parents were away – was still a success, but the failed gravy haunted her for years. “I was 12 or 13 and I was fully competent at cooking a roast dinner, but I’d just forgotten how to make the gravy and I put too much flour into it,” she laughs. “They gave me such a hard time about it.” Ruth’s days are often jam-packed, but she makes time to stop and smell the roses whenever she can. “I find being in the garden really relaxing and most nights, when I get the chance, I love to wander around it to see how things are doing. I might pick a few flowers to have in the house, or pick some sorrel so I can go and feed it to the hens.”

Since that shaky start, Ruth has made a name for herself as one of New Zealand’s foremost experts on all things food, wine and entertaining. The catering business she runs with her husband Paul regularly showcases our best food and wine to royalty, world leaders, celebrities and sports stars both here and abroad.

Whether it’s a formal black-tie ‘do’, a corporate event or a relaxed family wedding on the grass at Springfield, the 11-hectare property where they are based at Te Horo, near Otaki, Ruth knows how to strike the perfect note. “When people have functions with us we don’t dictate: we talk to them and make sure we’re going to have things that they like,” she says. “Whatever we do, we try to ensure it’s as delicious as we can possibly make it, and we want to make sure our guests are cared for.” 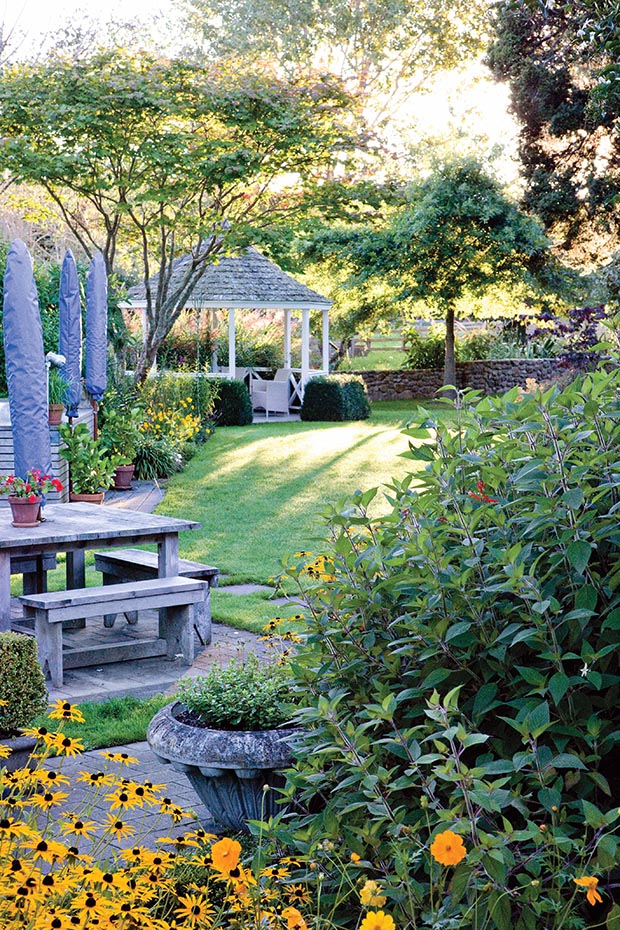 As anyone who has met her will tell you, she’s the sort of person you’d want as a guest as well. Ruth’s warmth and sparkly personality shine through every event she holds, including her popular cooking classes.

She says a stint at drama school helped her discover a love of performing, which has stood her in good stead. “I always loved cooking, but it was never presented to me as a job I could do, so I went to drama school. You often never know why you do certain things, but now I realise that performing goes hand in hand with hospitality.” 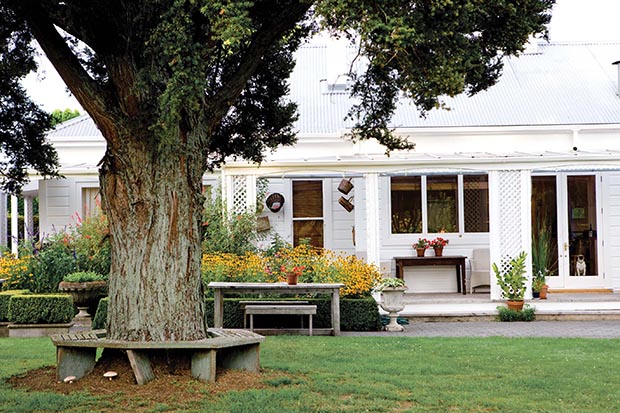 Ruth’s life as a party professional started in her early 20s, when she and friend David Jordan decided to open a restaurant in Wellington’s Kelburn. Neither of them had any experience beyond cooking at home, but Marbles was a smash hit. Ruth is still asked for some of the 1980s menu delights from that period, dishes such as apricot and cream cheese-stuffed chicken breasts wrapped in bacon or fruit salad drenched in Amaretto. She and David ran the hotspot for nine years before selling up in 1986.

Ruth, who had by then met and married Paul Pretty, thought she might run a simple set-menu affair from their new home in Te Horo three nights a week. “Then the stock market crashed and it didn’t seem like such a smart idea anymore,” she remembers. “People started asking me if I’d cater for them and things grew from there.” 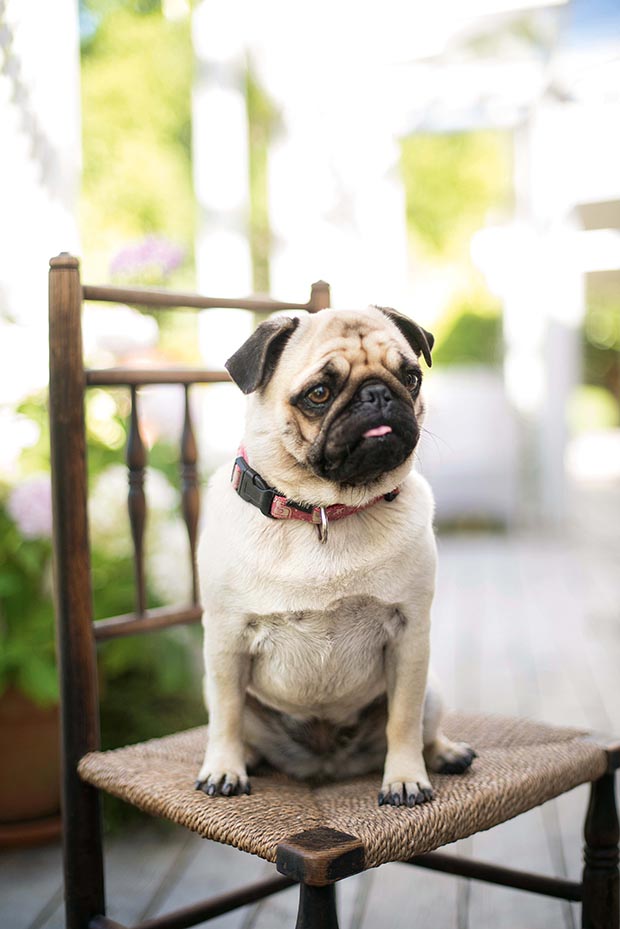 The Prettys have three charming pugs – Edie, Elsa and Emerald.

Ruth Pretty Catering is now a massive operation which the Prettys operate with the aid of around 30 staff. But in the early days there was just Ruth, making it up as she went along. “I’ve had a few disasters over the years,” she laughs, “but I learned quickly that if something goes wrong you have to come up with a solution.

“I think it’s the same for people cooking at home. It doesn’t have to be complicated, but if you are going to bother to entertain, you should want your guests to rave about it and ask for the recipe.” Ruth takes tea in The Garden Room, where visitors can stop for sustenance after spending time in her well-stocked Kitchen Shop. “My favourite at the moment is pu-erh tea, which is a double-fermented oolong that’s good for the digestion.” It’s savoury so she drinks it with cumin crackers, soft goat’s cheese and slices of old-school red delicious apple plucked straight from the tree.

BEING THE HOST WITH THE MOST
Want to up your entertaining game and feel more relaxed about hosting a gathering? Here are Ruth’s top tips…

Get organised: “If you’re doing shared platters of food, get all the crockery and cutlery you need out into one place so you’re not hunting around at the last minute. That takes a bit of stress out of your life.”
Get ahead: “Don’t be afraid of preparing things ahead. If you’ve got a spare 20 minutes while you’re cooking the dinner on Thursday or Friday night, use it to get some things organised for the party you’re having on Saturday. You’ll be much more relaxed.”
Make a list, check it twice: “People don’t like doing this, but it’s helpful to write a list of everything you need to do and when you need to do it by. I do this for work, but it’s useful when you’re cooking at home too, especially if you’re likely to be distracted!”
Delegate wisely: “If your guests are the sort of people who turn up and ask, ‘What can I do?’ think ahead of some tasks that won’t make things more complicated for you.”
Get crafty with clean-up: “There’s no rule saying you have to do all the dirty dishes on the night. You can hide them away and do them in
the morning!” BEING A GOOD GUEST
If someone’s extended their hospitality to you – whether it’s a casual barbecue or a formal dinner – the least you can do is be a good guest. Ruth shares some advice to help…

Think before you ‘say it with flowers’: “The host might not have the time or space to deal with the flowers then and there, unless they are already in a vase or they’re a little posy from your garden. If you would like to take flowers as a gift, take  a flowering pot plant instead.”
Be upfront about any dietary requirements: “These days any dietary restrictions aren’t a big deal, but it’s better for everyone if you can tell the hosts in advance.”

Wine woes: “If you’re taking wine as a gift or a contribution, don’t be offended if the hosts don’t open your bottle. They might have put a lot of thought into the wine matching for the evening and it might not fit. If you have a bottle of wine that you’d really like to share with them, perhaps you could invite them to your place.”
Don’t be THAT guest: “A good guest listens to others and doesn’t dominate the conversation. If you’re over 65, remember that someone asking after your health is not an open invitation to launch into an ‘organ recital’ about your medical conditions.”
Don’t forget to say thank you: “It’s lovely to get a note of thanks, but these days an email or a phone call is fine.”