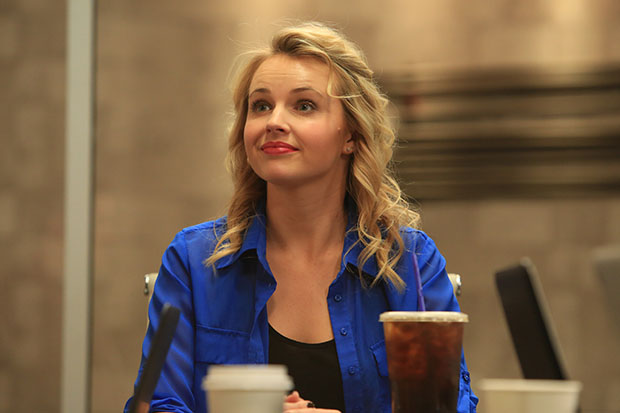 Kimberley Crossman is boldly going where no New Zealand woman has gone before. Not only is the actress starring alongside Star Trek’s William Shatner in her latest TV series Hashtaggers but she’s exploring a strange new world called “digital comedy”.

Hashtaggers is at the forefront of a new age of television viewing – the former Shortland Street star is passionate about the changing medium. Hashtaggers is a bite size series – episodes are six minutes long – and viewable on TVNZ’s online viewing platform On Demand. TV has been seriously disrupted by streaming companies such as Lightbox and Netflix and On Demand viewing and writers, and actresses must move with the times says, Kimberley. “Gone are the days of people making multi-camera shows for the lowest common denominator. You have to move with the times and be brave to have longevity in this career,” she says.

“This is the E! channel’s first scripted show, so it’s cool to be a part of that effort to try new things. Because of the short-form format, there was some experimentation. We’d get the script in the morning and have a chance to write some of our own jokes and improv. It was one of those dream jobs.”

In Hashtaggers Kimberley plays Nikki Hart, the leader of a social media agency in Hollywood. Her character instigates Twitter feuds for celebrity clients to drum up publicity. For William Shatner’s episode, the agency penned a rant about man-buns for the veteran star. “We were only contracted to do eight episodes, but then we had interest from William Shatner, and I’m not really in a position to say, ‘No William Shatner”, so we made an extra episode.”

“There’s a lot of ghost tweeting going on – social media is some people’s livelihood.
“I like social media, but I think I’m disciplined that I don’t let it overtake my world.
“My mum has recently joined Facebook. She’s a little slow off the mark but if you’re friends with my mother every post gets a guaranteed like, she doesn’t hold back on those likes.”

Kimberley (26) left New Zealand a few years ago to pursue her ambition of landing a lead role in a comedy. Since then she’s changed tack and has partnered up with her best buddy Katie Wilbert to form their own production company, Happy Wife Incorporated.

“I have given myself permission to dream a bit bigger. I want to write and create our own shows so it’s our kind of funny,” she says.

Tinseltown rattles many who arrive with dreams of stardom, but Kimberley has stuck to her plan. She’s taken a positive note out of her self-help book Love You that she wrote in her early twenties. 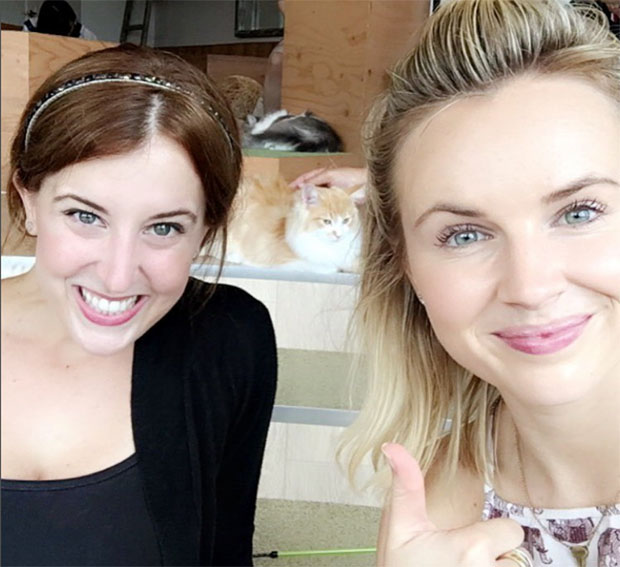 “I think the career path I have chosen includes a lot of sacrifice. You are away from the people you love and for me personally I don’t have much of a social life. It’s also financially tough,” she says.

“I miss the lifestyle we are so blessed to have in New Zealand; family and barbecues. Also, I’m a bit of an adrenaline junkie, and I don’t really get that fix when I’m in LA. And, it’s nice to come home and have mum cook for me.”

Kimberley is back in New Zealand filming a new series of Funny Girls, alongside Rose Matafeo. She’s also appearing on New Zealand TV screens in the new drama Terry Teo.

Being on home soil is refreshing, but she’ll return to LA again soon. Without her New Zealand support network, Kimberley says she relies on a strong group of friends.
“The more time I spend away from New Zealand, I realise that our priorities are much more pure. My best friend Katie and I are each other’s heterosexual life partners; we can’t seem to lock down men so we are just helping each other in life.”

Watch the entire series of Hashtaggers  on TVNZ On Demand