Entrepreneur Craig (Jacks) Jackson loves the reaction he gets when he introduces himself over the phone. “Seriously?” they say, down the end of the line. “Dr Feelgood? That’s the name of your company?” It always raises a laugh and it’s the perfect icebreaker for a conversation that inevitably leads to a sales pitch for his “all natural, good as, no refined sugar whatsoever” artisan ice pops.

It’s the sort of clever marketing you might expect from Jacks and his partner, Melanie Bridge, film-industry veterans and part owners of The Sweet Shop, a global film-production house that makes big-budget television commercials for local and international brands.

They say branding is everything – and by branding they mean the whole story, from the initial idea to the ingredients (ethical), packaging (sustainable), graphics (retro) and, of course, the name which, despite never having been associated with anything as tame as an ice block before, is bang on message. “These pops make you feel good,” says Jacks. “You can’t be grumpy eating a frosty treat on a stick.” The Dr Feelgood range, which is always experimenting and expanding

It’s advice he took on board himself when a little over a year ago he left the film industry to make ice blocks instead. Upbeat by nature, he had fallen into a funk, a situation he blames on the horror film he was working on at the time. “Too much gore for a minimum wage,” he laughs. But seriously: “I loved the film industry but after doing the same thing for 25 years it was time for a change and I haven’t looked back.”

His journey to ice blocks wasn’t straightforward. Initially, he and Mel (who continues to work full time directing commercials) planned to make a kefir-based probiotic drink. It was to be called the Daily Dose but the good bugs wouldn’t survive long enough to fulfil their health-giving promise. They tried everything to keep them alive, even freezing their drink on a stick, thinking maybe colder was better. That didn’t work either but it did give them the idea of creating a healthy ice block instead.

The healthy aspect was especially important to Mel who keeps fit and makes sure the family eats well, and both liked the idea of creating a natural, good-tasting, guilt-free alternative to the traditional frozen syrup on a stick. In this their timing was perfect. Ice blocks made from coconut milk, raw cacao, organic dairy, real coffee and fresh fruit are the latest in a stream of artisan products that have emerged to challenge the incumbents. The Feelgood range was months in the making. Mel says she Googled then tested nearly every ice-block recipe on the planet. “Our kitchen was so full of stuff you could hardly move. We’d work until midnight every night and in the weekends so as not to interrupt my film work. It was like no life whatsoever.” Eventually they came up with a range of six ice pops made from fresh, mostly organic ingredients based on a fashionable cocktail of flavours such as salted caramel, raspberry and coconut, lemon and ginger, apple and mint.

By December last year they were ready to launch. The packaging was ready, social media platforms were up and running and Mel had reclaimed her kitchen, but there was one box Jacks had neglected to tick. “Two weeks before the launch I’m asked, ‘Where’s your MPI certification?’” It wasn’t entirely Mels and Jacks’ fault but no way could they operate without a government health licence. Feeling sheepish, they postponed the launch, buried themselves under a mountain of paperwork and, with the help of some kindly officials, had their licence approved just in time for Christmas. “And then, the bloody machine broke down. We were like, aargh!”

The launch, when it finally happened in January last year, was a feel-good success. The ice pops, which were originally peddled from a solar-powered cart, quickly outgrew the farmers’ markets and they’re now stocked in cafés, bars, specialty food stores, organic grocers and selected supermarkets. 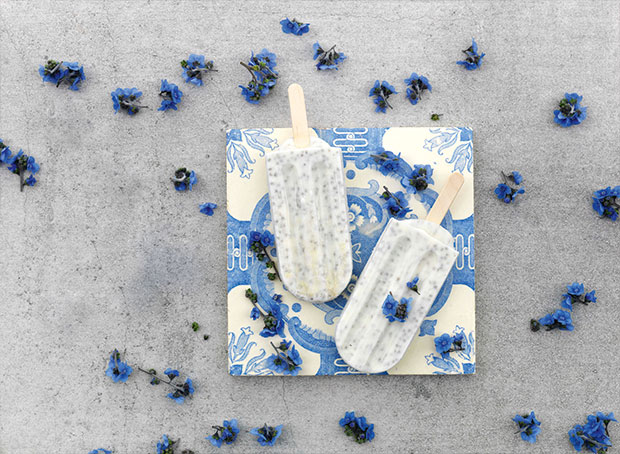 This summer the range is joined by two new product lines: a frozen Champagne Flute for the party crowd and the Body Blocks, a range of protein-enriched ice blocks for athletes, gym bunnies, dieters, invalids and anyone else who’s after an űber-healthy ice block that’s low carb, low calorie, exceptionally filling and tastes really good. Mel says developing the original Body Blocks recipe was devilishly difficult but it was worth the effort because the protein market is huge.

The opportunities are there for the taking and with three product lines on the go, Jacks is now firmly focused on sales. It’s an area he’s good at because he likes people and because salesmanship is all about making connections. So whether he’s calling on supermarkets, fronting a pop-up event or simply handing out frosty treats to the stop-go men at roadworks – yes, he really does do that – he’s absolutely in his element. “It’s fun. I’ve never had so much fun in my life,” he says. 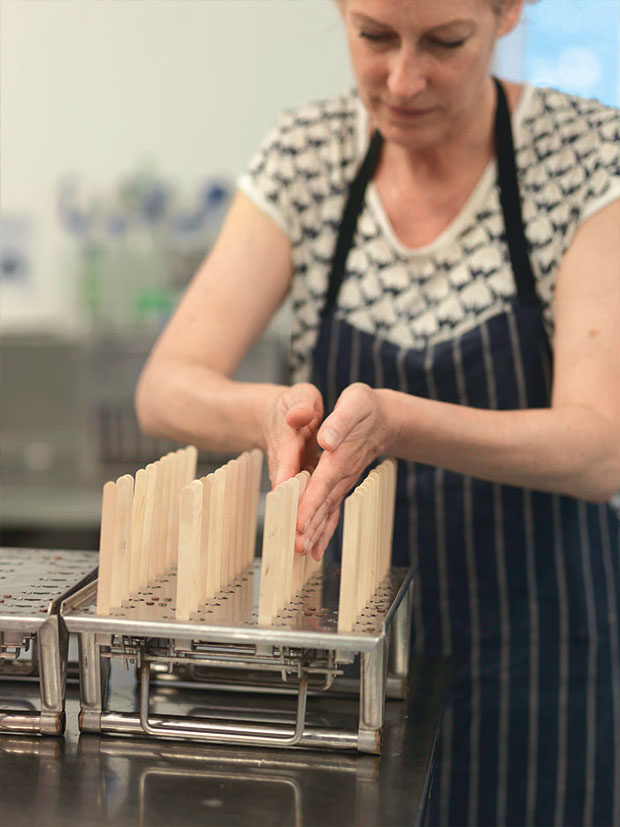 Melanie lines up the sticks.

Turnover: “At the moment the scale doesn’t really matter. It’s about building the brand.”

Staff: Two full-timers (plus Jacks) and several part-timers who pack and help at shows. Mel consults on brand and recipe development.

Retail price: Starting at $4 for the original gourmet pops. “They’re not cheap to make because we use the best ingredients and we won’t compromise on that.”

Best-seller: It changes daily, but Chocoholic and Raspberry Lime & Coconut fly out the door.

Biggest challenges: Managing growth. Options are extending the factory, taking on more staff and/or contracting out production in domestic and overseas markets. “Another big challenge is keeping a lid on our ideas. We have an idea for a fabulous new product every week (we’re ideas people) and it’s so tempting to make them all. But for now it’s more important to focus on the products we have. Ideas are easy; bringing them all to market, not so much.”

Worst moment: “A power cut at 3am that meant shifting stock to an emergency freezer while much the worse for drinking too much champagne at a party beforehand.” 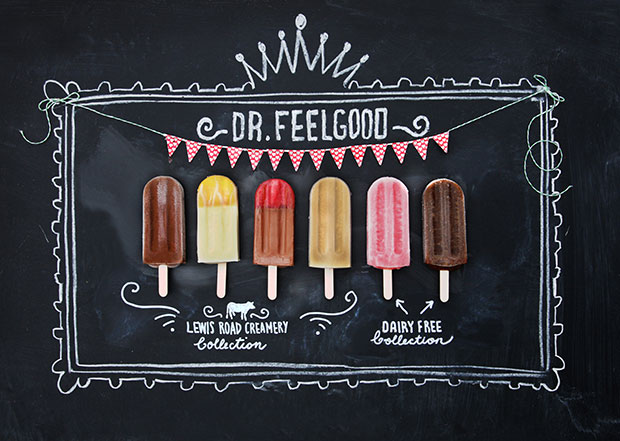 The new range from Dr Feelgood and Lewis Road Creamery

Since this story first appeared in the January/February 2016 issue of NZ Life & Leisure, Jacks has been experimenting in his shed with the help of some special friends.

Dr Feelgood has teamed up with Lewis Road Creamery (yes, those of the chocolate milk fame). The collaboration is built “on a mutual belief of using only the very best ingredients” says Jacks, hence its decision to use Lewis Road Creamery’s pure organic whole milk in the new range. The new range will be available throughout New Zealand and will include delicious flavours such as Banoffee Pie, White Chocolate and Passionfruit Jelly Top, Chocolate and Raspberry Jelly Top and the original Chocoholic.