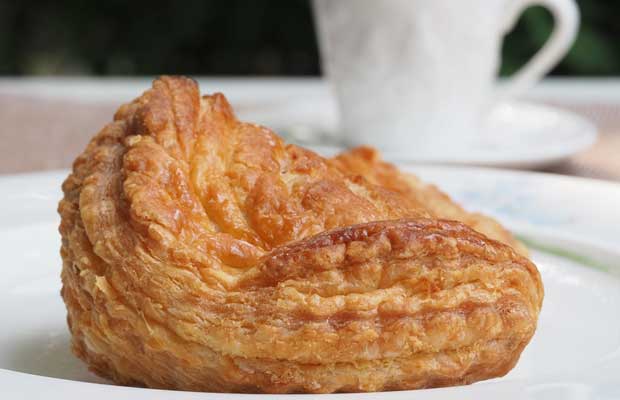 These delicious feijoa pastries will be a hit at your next morning tea.

Sweet shortcrust is a bit tricky to make and work with, so I cheat and buy frozen sheets. Thaw the sheets for this recipe but use them while they’re still very cold; use one sheet at a time, keeping the others in the fridge.

METHOD
Heat the oven to 180°C. Whizz the almonds in a food processor until you have a coarse powder. Mix the ground almonds, feijoas, sultanas, sugar, cinnamon and lemon zest in a bowl.
Cut 17cm-diameter circles out of a sheet of the pastry. I use a 17cm saucer and cut around it, to get three circles out of one sheet of pastry. You can re-roll any leftover bits to get more circles.
Divide feijoa mixture between the chilled pastry circles then fold the pastry in half to make a semi-circle pasty or turnover. Crimp the edges together well using a fork, but gently.
Put turnovers onto a lined oven tray, glaze with the beaten egg, then pierce the top of each with a small slit.
Bake for 25-30 minutes until golden brown. Serve warm, with whipped cream. 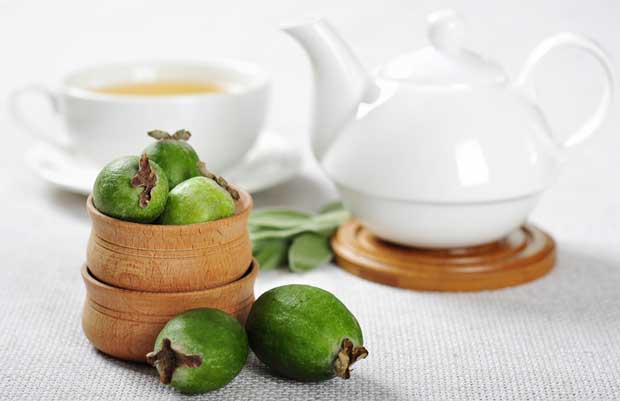