Kelly Gillbanks drives the Holden Equinox SUV through the Forgotten World Highway and discovers some colourful New Zealand history  including the feline vice-president of the ‘Republic of Whangamomona,’  and a brand new private museum.

There’s a reason this road is called The Forgotten World Highway. Time has stood still on the 148km stretch of SH43 connecting the small Taranaki town of Stratford to Taumarunui in the King Country. The towns along the colonial bridal path were once bustling hubs adjacent to a railway line that supported the dairy farming region. Now traffic is channelled to straighter, smoother roads through major centres such as New Plymouth, and SH43’s twisting, turning roads are quiet. 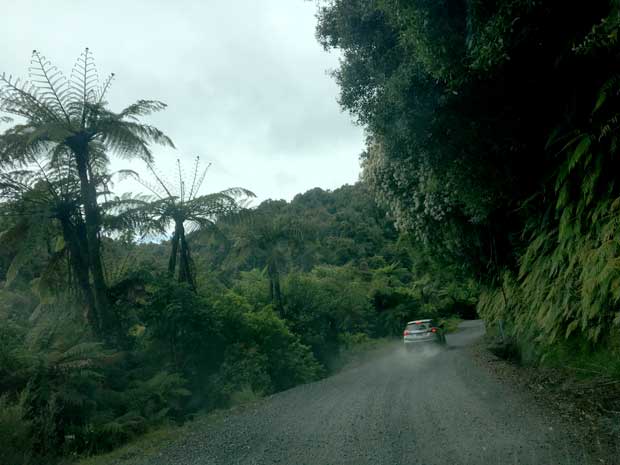 The Forgotten World Highway is the ultimate driving experience. It bends around four mountain saddles, turning from tarseal to gravel and back at random intervals. Then there’s the Moki tunnel, a 185m-long, one-way tunnel nicknamed the ‘Hobbit’s Hole’ because of its claustrophobically-close tunnel edges that feel too narrow for any person or car. They don’t make them like this anymore. 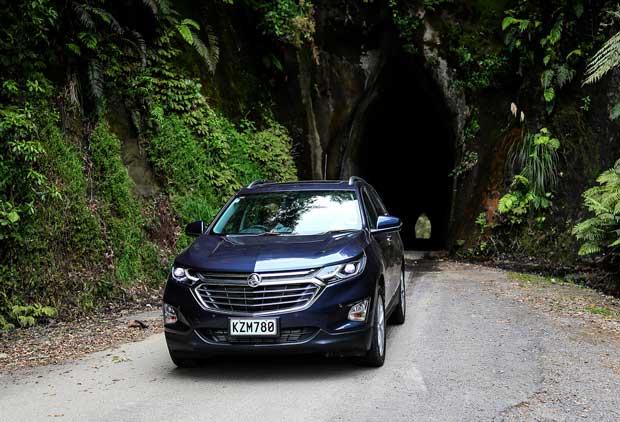 On this two-day trip, we are taking a ring route around New Plymouth, connecting to the Forgotten World Highway south of Ohura and driving along until the Te Popo turnoff before doubling back to New Plymouth. 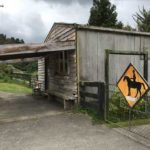 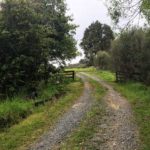 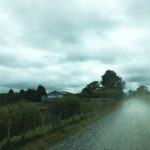 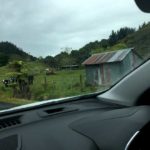 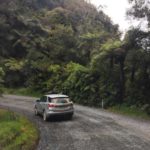 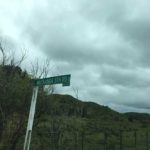 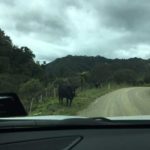 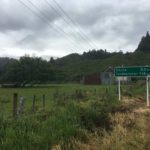 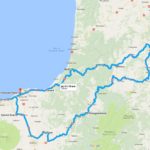 These driving conditions are worthy of any rally driver, narrow roads snaking around the hills for several kilometres, the weather throwing us four seasons in one day. We’re also testing the new Holden Equinox SUV on our trip of a lifetime, and peeking through a window into New Zealand’s past. 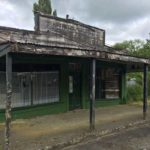 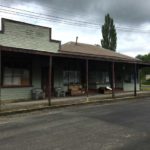 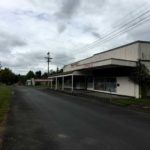 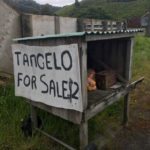 There’s something quite haunting about Ohura. The small town is about 40km off the State Highway and has a population of 129 at the last census. It was once a coal mining centre but now only crumbling shops line the main streets. There is no cellphone reception and no cars parked on the street. Off the main strip, we meet a charming red heeler dog and five friendly locals who share their hopes of one day transforming the ghost town into a spiritual wellness retreat. This place certainly has a healing quality the ‘middle of nowhere feeling’ is a cleanse from glaring electronic screens and modernity. 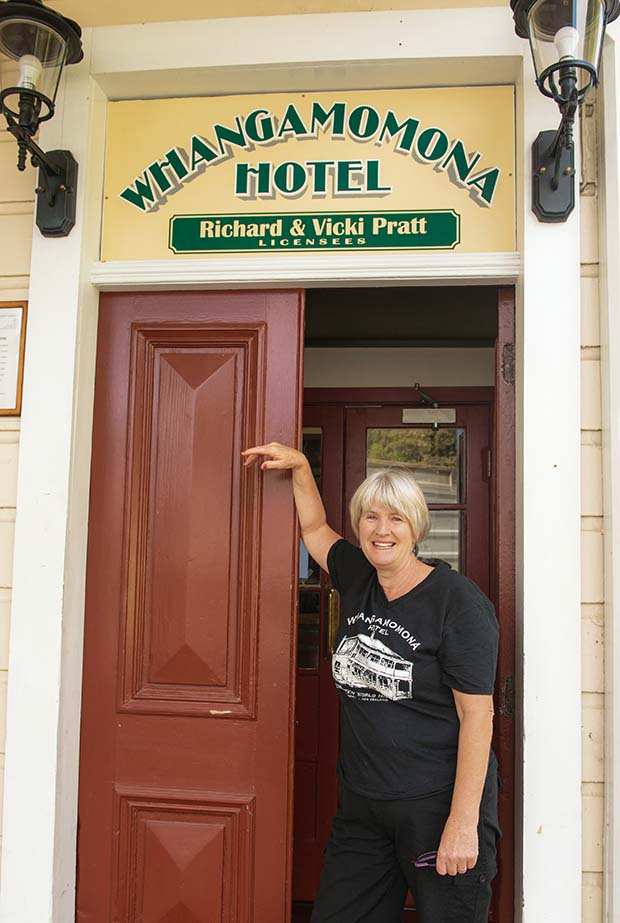 A zoning dispute in 1989 saw the locals of the small town of Whangamomona form a republic state. ‘Why not revolt – they [the government] must think you’re revolting anyway’ said the mayor of the time. The revolt was short-lived, but the town still celebrates its Republic Day in January each year.
Visitors can buy a ‘passport’ (valid for 10 years) as a fundraiser for the local school. The rules of the passport stipulate that ‘Holders of the Republic of Whangamomona Passport are required to smile a lot and be friendly and courteous at all times.’ 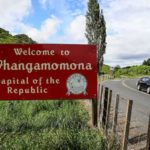 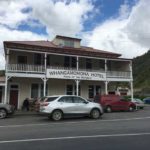 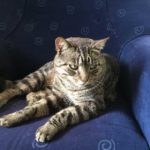 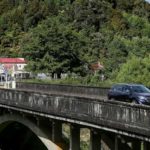 There are grins all round as we eat our lunch of sandwiches and burgers for lunch at the Whangamomona Hotel. It is the pride and joy of this town. It was the second hotel in this spot, built in 1912 after the first one burned down in 1911. The original coal range can be viewed in the general store.
Vicki Pratt runs the hotel’s pub. She’s a former ‘president’ of Whangamomona, atlhough past presidents also include a goat and a poodle. Ted, the hotel’s cat, ran for election in 2017 but was beaten by current president John Herlihy. Ted is currently vice president, but don’t tell him – he believes he’s in charge.

More stories you might like:
A midwinter Matariki road trip: Driving coast to coast from Sumner to Punakaiki in the new Holden Equinox 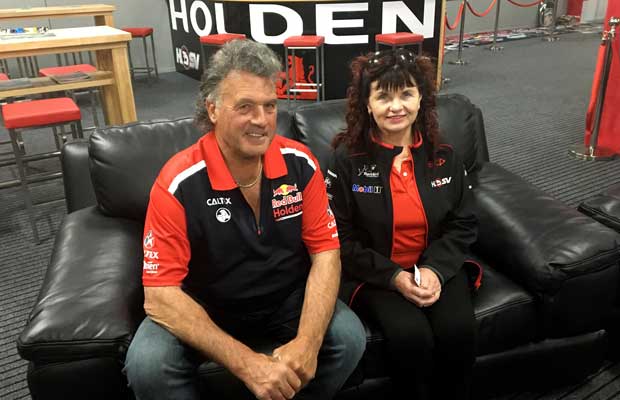 Steve Fabish was 18 when he bought his first Holden, a 1972 HQ ute. It was the start of a lifelong love affair with the iconic car brand.
Things have escalated since then. The motoring enthusiast and his wife Joy now own New Zealand’s largest private collection of Holdens. 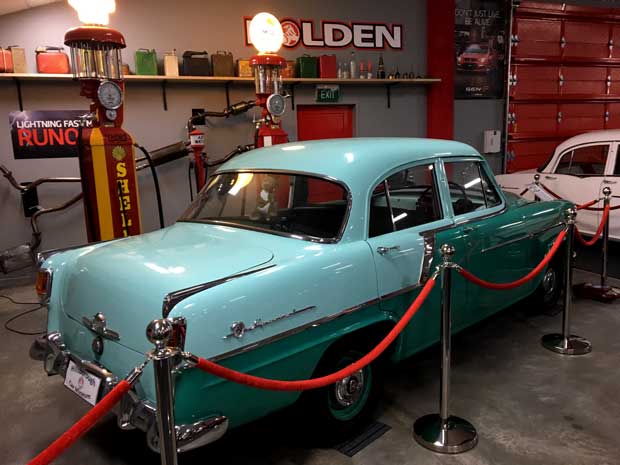 Visitors can view the collection of memorabilia and classic cars, which range from racing V8s to classic 1950s Holden sedans at the newly-opened Hillsborough Holden Museum. The Museum is adjacent to the couple’s Hillsborough Hideaway Accommodation which features a hydroslide and a mini golf green designed as a replica of Bathurst’s Mt Panorama race course.

FIT FOR A QUEEN 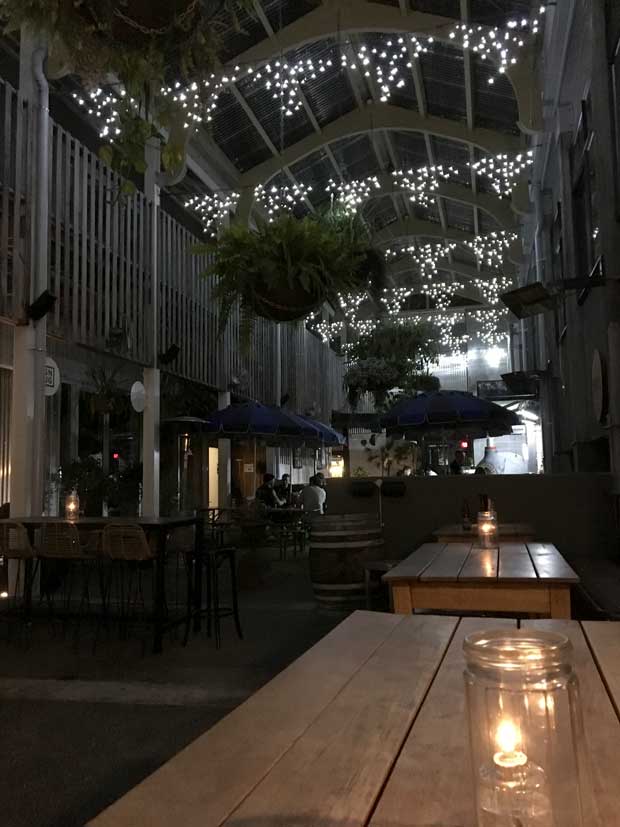 In New Plymouth, we rest for the night at The King and Queen Hotel Suites adjacent to the Len Lye Gallery. Dinner is delicious fish dumplings, tempura prawns, broccolini spears, soft shell crab, tofu salad and spicy cauliflower under the fairy lights of Snug Lounge, a Japanese-inspired cocktail bay. We finish the evening with an Equinox cocktail.
The next morning – over berry ice-cream waffles at Monica’s Restaurant – we’re recounting our journey so far. One of our party looks pale and admits she felt like she had a ghostly visitor in her hotel room. She claims a spirit had moved the mattress and grabbed her shoulder. Several of us admit we also had similar spooky experiences which all occurred around 3.30am. Had we been visited by one of the ghosts of Taranaki’s past? Or did someone slip an extra nip of Baileys Irish Cream into our cocktail?

More stories you might like:
The Insider's Guide to Stewart Island: What to do, where to eat and where to stay 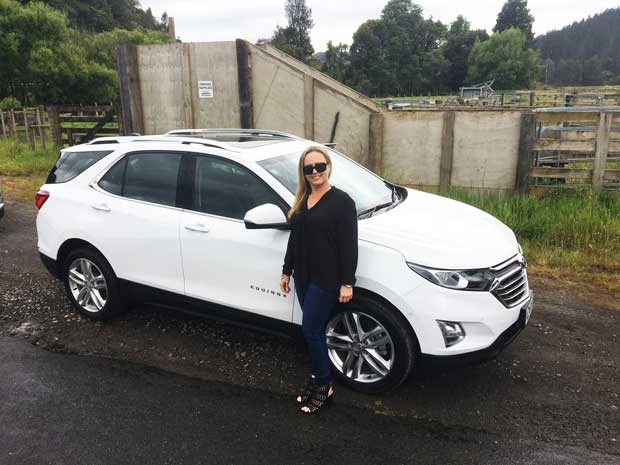 Kelly was invited as part of a group of selected media partners to test the latest release Holden Equinox on the Forgotten World Highway. The car’s user-friendly features including Active Noise Cancelling, a Driver Seat Alert, and 9-speed automatic transmission, made smooth driving out of this tough stretch of road. It was an awesome adventure across the rugged countryside in a luxury vehicle with sophisticated safety features, says Kelly. 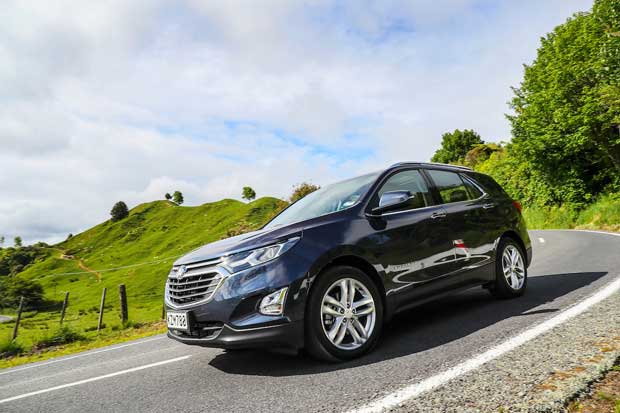 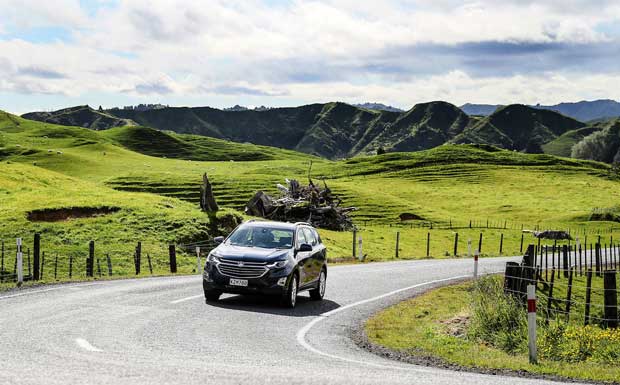