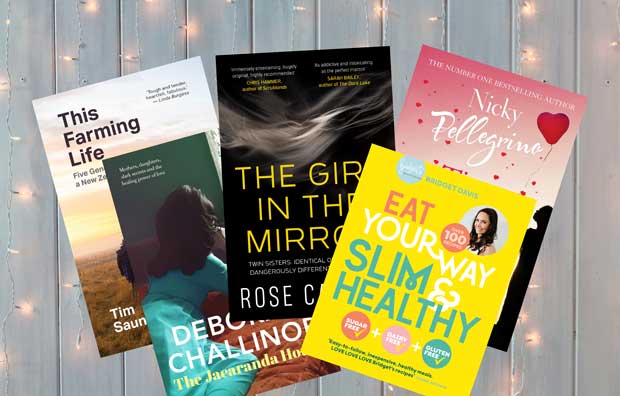 Book reviewer Hayley McLarin sees whether this crime thrillerGirl in the Mirror lives up to the hype and also reviews, The Jacaranda House, by Deborah Challinor and Tim Saunders’ This Farming Life.

The Girl in the Mirror is Auckland author Rose Carlyle’s debut novel. Published in August, Hollywood has already snapped up the film rights, it’s been translated into four languages and has sparked a bidding war among overseas publishers. Book reviewer Hayley McClarin sees whether this crime thriller lives up to the hype and also reviews, The Jacaranda House, by Deborah Challinor and Tim Saunders’ account of running a fifth-generation farming business in This Farming Life. 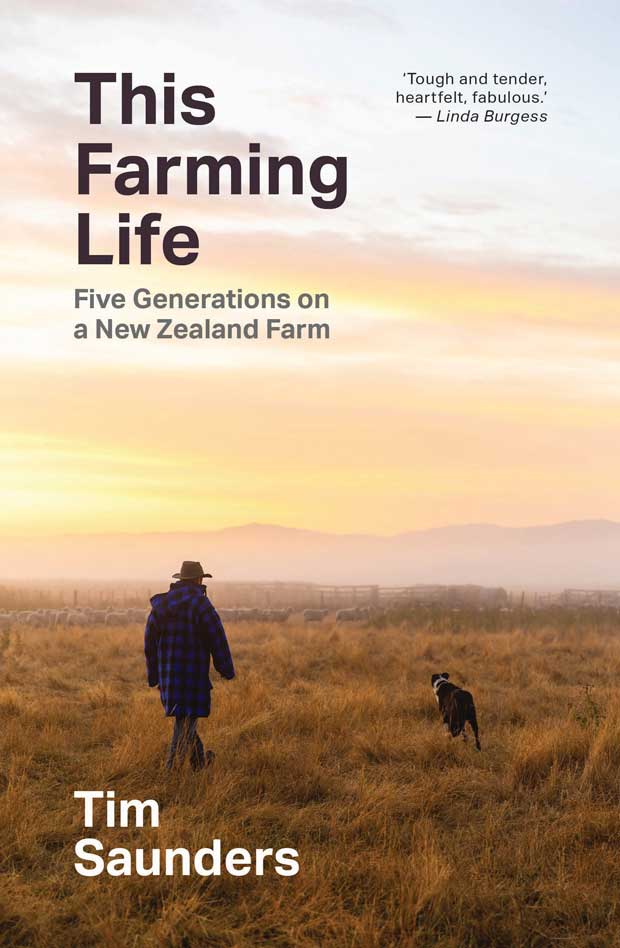 Owning a pair of well-worn Red Bands is not a necessity for enjoying the easy dialogue of Tim Saunders’ account of his farming life. It is sometimes a raw and heart-breaking story but also jovial and heart-warming with enough rural-life insight to engross even an ardent city-dweller.

Saunders makes it easy to imagine the pressure of running a fifth-generation family business and not wanting to lose it all, the relentless exhaustion of lambing season during which Tim’s 80-year-old father appears to have more energy than others half his age, and dodging phone calls from an ever-patient but equally determined bank manager.

Alongside this are the laugh-out-loud yarns; choosing the best ram to impregnate the ewes and discovering the one thought to be a real George Clooney had ugly hooves, and another fine specimen had only one testicle and thus was “all meat and no potatoes”.

Saunders talks of the instinct he brings to making decisions about when to plant crops, harvest hay and move herds to higher fields on the Manawatu property. He credits his knowledge and expertise as inherited from his father and his father before that. And how his vegetarian wife Kathrin uses natural remedies and healing hands to complement his farming practice.

Farmers and lifestyle blockers will relate to his angst, and urbanites will come to a greater understanding of the blood, sweat and tears poured onto the country’s paddocks and into its inhabitants.
Saunders’ wonderful way with words made me feel as though I was sitting on the quad bike behind him with his dog Sam running beside me. 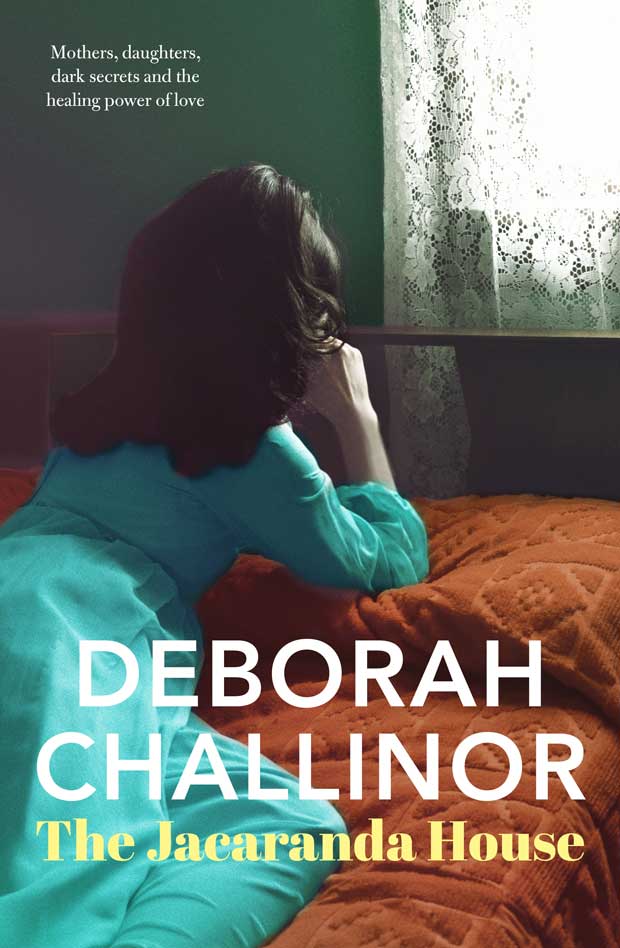 It is 1964 and Polly is flatting with Rhoda and Star, transgender performers who share their vulnerabilities with her and who encourage her to reconnect with the daughter she’d left behind in New Zealand in the care of her overbearing mother. The daughter, Gina, is just 11 years old, yet her mature outlook helps Polly fight her demons.

Fans of Challinor’s many books, 13 best-sellers at last count, may recognize some of the characters; however, The Jacaranda House stands on its own as a novel. Challinor, who lives in the Waikato and has a PhD in New Zealand history, uses this knowledge to create a rich picture of those years. Fifty years ago attitudes and behaviours were very different. People were far less liberal, and The Cross was a wild place to live – yet there are beautiful examples of open-mindedness and love in this tale of woe.

This novel might offer a nostalgic snapshot of life for Baby Boomer readers and be a revelation for millennials. The pace is leisurely, and I escaped into another era. 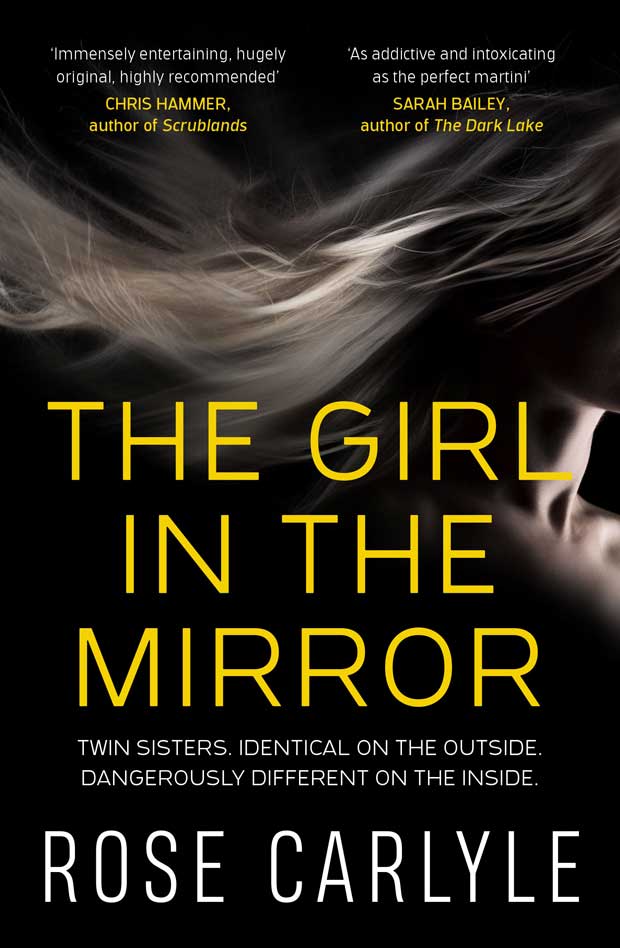 The sign of a good book must surely be getting to the final page and craving the sequel or a prequel. The Girl in the Mirror is Aucklander Rose Carlyle’s debut novel and, before it was published, international movie makers vied for the film rights. It is a thriller with its characters driven by greed and lust, and amidst their secrets are their betrayals. It is being compared with famous thrillers Girl on the Train and Gone Girl.

The identical sisters at the heart of this story may look the same, but do they feel the same? They finish each other’s sentences, but their lives are very different. Summer is confident and appears to lead the perfect life, and Iris is jealous of that. Complicating matters is a wider family inheritance drama which pits the twins against their other siblings.

When Summer begs for her identical twin Iris to sail the family’s yacht from Thailand to Seychelles with Summer’s husband, Iris wonders what it might be like to live Iris’s life. But to what lengths would she go to, for that to happen?
Author Rose is a skilled sailor and enlisted her (non-twin) sister’s help in the novel’s plot. For me, this gripping novel was over much too soon leaving me with so many questions about what happens next. 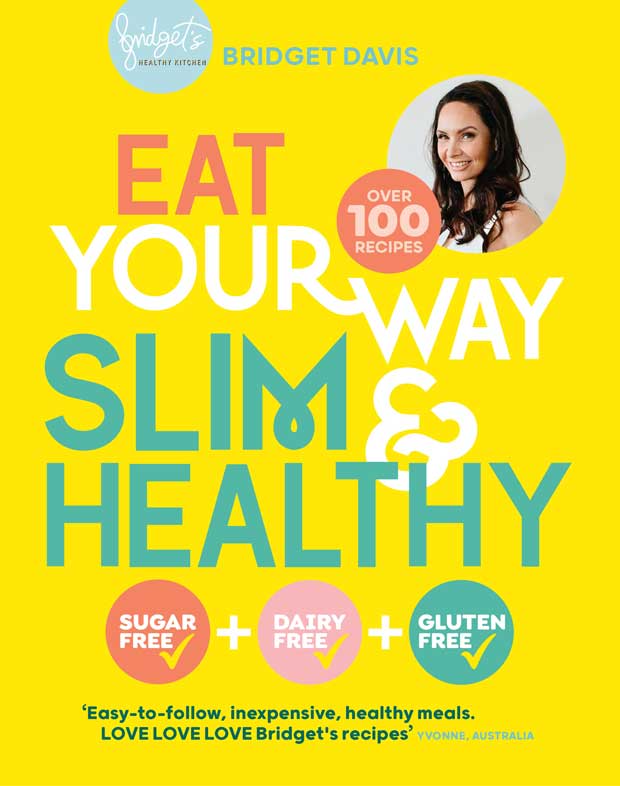 The word ’slim’ is the only thing not to like about this cookbook as it suggests it is a diet bible. Instead, it is inspirational, achievable, delicious and healthy recipes.

Chef Bridget Davis’s recipes don’t sacrifice flavour and variety and are informed by her experience of replacing a poor diet with a healthy one. She lost 25kg. A guide to eating well is perhaps a better way to describe this book.

Davis was born in Otara, Auckland and in her 25-year career has cooked alongside well-known chefs including Bill Granger and Marco Pierre White. Davis talks about the benefits of her new-found slimness on Ellen and TEDx, saying she regained her life with the new eating regime. She wants everyday Kiwis to enjoy the same benefit and to become “masters of their health and wellness journey”.

Don’t be put off by the title, instead delve into her tips and tricks and recipes clearly identified as sugar-free, gluten-free, dairy-free and without added fat. There are sensational cooking basics that have become my go-tos, including an oil-free pesto, a zesty dressing and versatile spice blends.

Recipes, organized into breakfast, lunch, dinner, treats and veggie, are not all salad greens. There are cottage pie, fish and chips and chocolate mousse recipes too. My copy is already showing food splatters as a relative navigates their way on a FODMAP plan. As someone who lives to eat, slim isn’t my goal, delicious is! 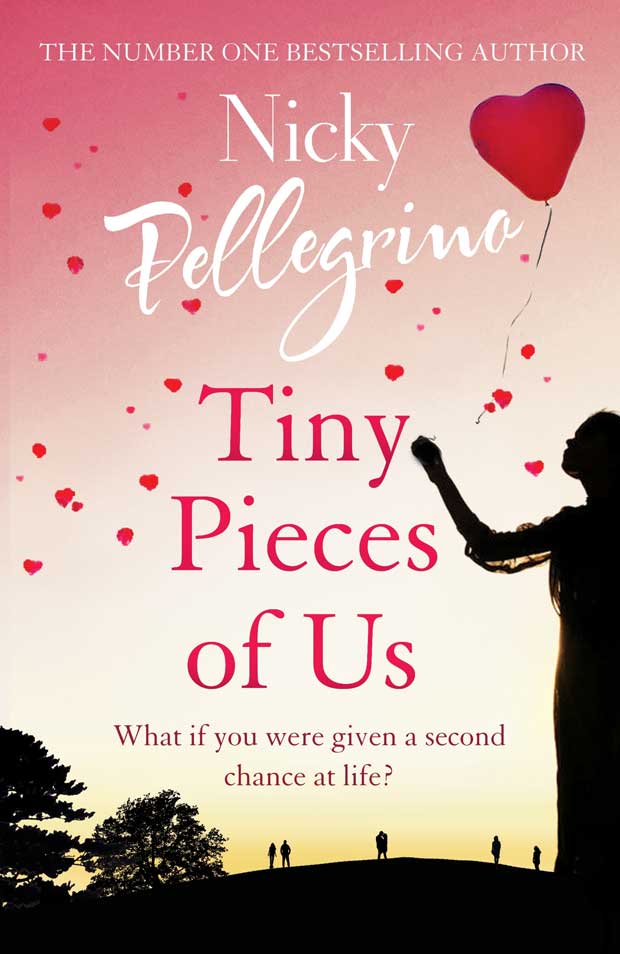 An early disclaimer: I have read all of Nicky Pellegrino’s 11 books, and I was inspired to go to Italy by her descriptions of delicious dishes and life in small villages. This latest novel, a departure from Nicky’s usual food-and-friends formula, is compelling, entertaining and thought-provoking with a story similar in approach to that of US author Jodi Picoult writing on life’s moral and ethical dilemmas.

Heart-transplant recipient Vivi Palmer is the centre of an emotional rollercoaster. Her heart condition means she dare not look into the future – until she meets Grace, the mother of the young boy whose heart beats inside Viv.

How would I feel if I was to be one of the characters and what it might be like to meet someone who has benefited from the loss of another’s loved one? I am now more cognisant of how the beginning of one life could mark the end of someone else’s life, and of how that would feel for a donor family.

This captivating book left me thinking about people with life-threatening illnesses and about what it means to be a donor. It may even boost donor registrations, given that so many people can benefit.

Fans of the Auckland-based Pellegrino will be pleased to note a cameo appearance of Villa Rosa and the presence of delicious dishes to transport readers to southern Italy. Tiny Pieces of Us is all we expect from Pellegrino, with more heart (pardon the pun). 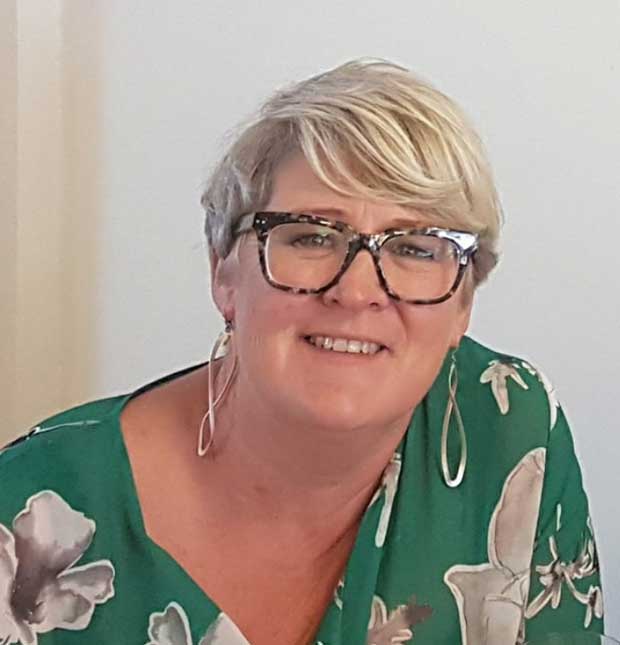 Hayley McLarin recalls her early interest in books – spending weekends at the family bach as a primary school bookworm, poring over old copies of dog-eared classics. She has spent her career as a journalist and has an eclectic reading taste. Old-school, she prefers to hold a physical book but takes her Kindle on holidays.