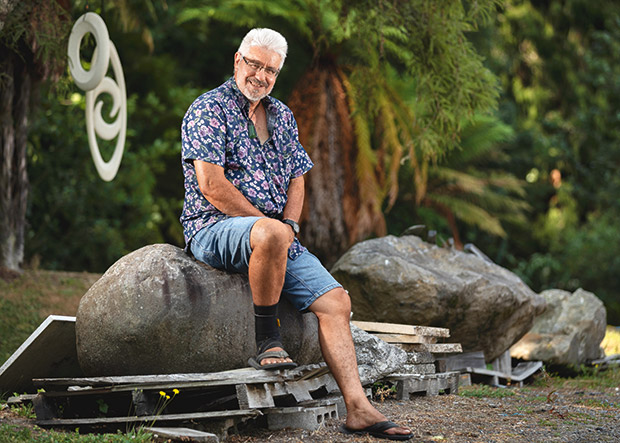 A traditional signwriter carves a new niche for himself after technology turns his industry upside-down.

Trevor Nathan was a boy when the ancient rainforest in Pureora, his hometown near Lake Taupō, was gradually closed off to the timber industry. “It was the writing on the wall for us,” says Trevor, whose father worked in forestry. His family started a new life in Rotorua, and there, with sketchpad and pencil, Trevor fell in love with art.

As a high-school student, he planned to finish his final year and apply to art school. But with most of his friends already in the workforce, Trevor buckled under peer pressure and left school for an apprenticeship in signwriting, an industry then ruled by pencils and paintbrushes.

The signwriter-in-training learned to gild letters with gold leaf, paint with paper-thin strokes (called pinstriping), and transform concrete walls into colourful murals. But the demand for such techniques waned with the growth in personal computers.

“Computers evolved so quickly — signs could just be typed up and printed,” he says. Trevor persevered for nearly two decades, first working at a local shop and later opening his own signwriting business. 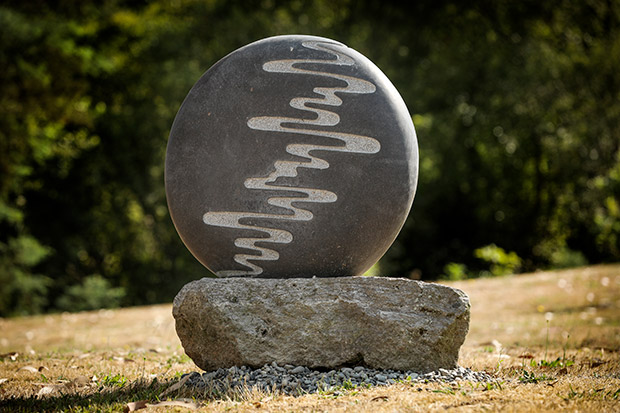 By 2000, the industry had changed too dramatically for his liking. “The artistic work that interested me had completely gone the way of the computer.”

Trevor’s wife, Helen, knew it was time for her husband to return to his artistic roots. “She told me, ‘If you want to do it, do it,’’’ says Trevor.

The 35-year-old sold his signwriting company to enrol in a fine art and design course at the Waiariki Institute of Technology in Rotorua. One of his first projects was to design a three-dimensional model in either wood, metal, clay or stone. He chose a block of Ōamaru limestone — literally, the hardest medium — and quickly became fascinated with the process of carving it.

“A vibration comes to your hands through the chisel as you carve stone. You have to understand where the stone is fighting you and whether you can push it harder. I seemed to have an innate feeling for carving it.”

2002 From student to artist

Trevor was still at art school (and sculpting in his spare time) when he was accepted into his first sculpture symposium in Whakatāne. By the end of the seminar, Trevor had sold two sculptures, and had been invited to another event. Though he was only a few credits shy of completing his art diploma, he decided to ride the momentum and carve full time. 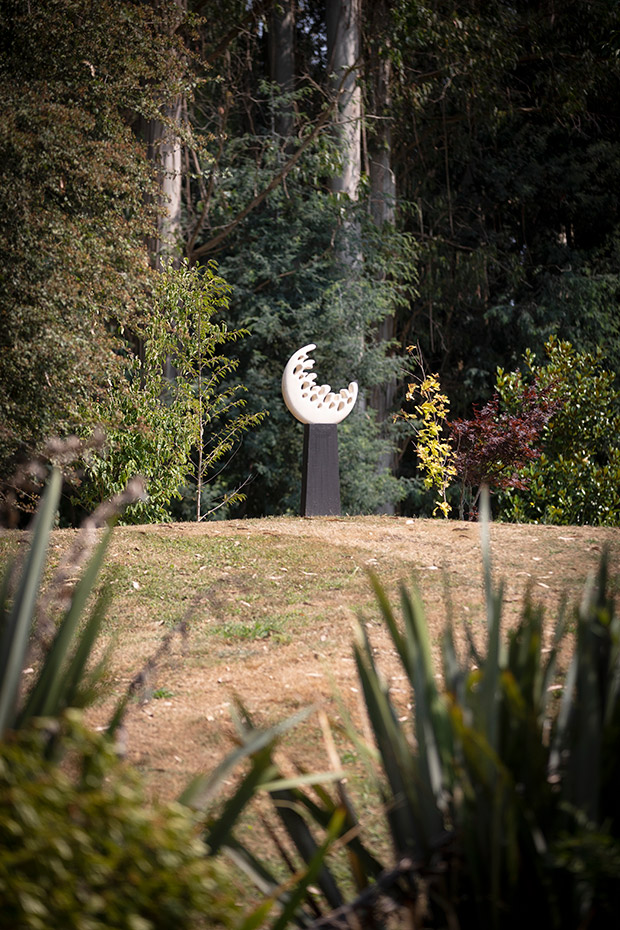 “Sculpting suddenly became a viable lifestyle,” he says. “I didn’t think a piece of signed paper would make any difference to my career.”

Trevor chipped away at his new vocation, attending symposiums and exhibiting his work around the country. He’s since left a mark on Rotorua, with several of the pieces made for the Rotorua Sculpture Symposium (which he won in 2016) on display at the Sulphur Lake Sculpture Trail, and a pōhutukawa-like sculpture erected in Kuirau Park. Over the years, he has added timber and metal to his repertoire, though he still favours stone.

To save their neighbours from the noise and dust that comes with sculpting, Trevor and Helen moved away from Rotorua to a 2.2-hectare block of rural gorse-ridden land. Over the years, they have transformed the property by planting pockets of flowers and shrubs, and more than 1500 trees. Trevor filled the garden with his sculpture and with pieces by artists he’s met over the years and, in 2011, opened his backyard (and onsite gallery) to the public. Today, more than 120 sculptures are scattered throughout the property, often placed in special glades Trevor has created. It’s not uncommon for art-lovers to find him carving near the garden entrance, sometimes with a few students at his side.

Give it your all. “If you want to be successful at anything, give it everything you have. Those who want to be a full-time artist need to give their art 110 per cent. There are no half measures.”

Don’t knock it until you try it. “You’ll never know what you can achieve until experiencing success or failure. In other words, give it a try. You’re never going to know if it’s the right call until you throw yourself in the deep end.”

Take pride in your value. “The most important lesson is never to sell yourself short. Believe in yourself, and you’ll get there.” Learn more about Trevor’s sculpture garden and gallery at trevornathansculpture.co.nz.