Hollie Smith: ‘What I learned about myself while on tour’ A number one album isn’t enough to make a living in the music industry. Soul and jazz singer Hollie Smith’s new album has topped the charts but she’s still cleaning houses to make ends meet. But even when times are tough she’s still driven to make beautiful music.

Hollie Smith is sentimental as she stands on the beer-soaked boards of Wellington’s San Francisco Bathhouse. Ten years ago the soul and jazz singer performed her first solo gig at the capital’s iconic venue in the glow of her smash hit Bathe In The River, the promise of an international contract on the horizon. Skip forward a decade and Hollie is as fresh, soulful and spellbinding as ever, only now she sings songs of experience, from years marred with disappointment, financial ruin, sorrow, and perseverance.

“It’s funny I have come full circle. Ten years ago I was scared and naive but optimistic, feeling brave and proud. Now I still feel all of the same things but the journey has been really extreme,” says Hollie.

“It’s like I’ve had to break all my feelings apart and then piece them back together again.”

Hollie has felt broken but never beaten. In 2007, she signed with international Blue Note Records (the same label as American singer/songwriter Norah Jones) but the contract went sour. It left her. She returned to New Zealand, hundreds of thousands of dollars out of pocket, unable to pay her rent. She used the earnings from her first album to get out of the deal.

Hollie’s third album Water or Gold, went straight to number one in the New Zealand charts last month. It’s still a struggle to scrape together a living as a musician in New Zealand. But music is where her heart lies.

“I’m taking other jobs like house-sitting, house-cleaning and painting – all sorts of stuff to make it work, trying to keep my head above water,” she says. 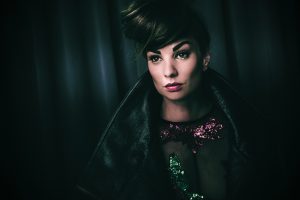 Who is Hollie Smith? One of Aotearoa’s strongest voices, Hollie Smith emerged in the late 1990s, working with the likes of Fat Freddy’s Drop and Trinity Roots, rising to fame in 2006 Don McGlashan penned single ‘Bathe In The River’. Hollie’s following albums have entered the NZ charts at number one, with her debut LONG PLAYER selling double platinum and winning Hollie ‘Best Producer’, ‘Best Female Solo Artist’ and ‘Breakthrough Artist of the Year’ at the 2007 VNZMAs.

“When you are doing 80-hour weeks and literally not getting paid anything it’s hard not to get cynical, but at the end of the day, I’m super-lucky to be doing music and hopefully I can keep surviving. It’s a 24/7 kind of job, you sacrifice friends, family and children to make things happen and there’s very little reward apart from this bizarre compulsion to perform.”

When Hollie in recovery mode following her sell-out nationwide tour serenading audiences from Twizel to Whangarei. Performing emotionally-rich songs takes its toll both mentally and on her vocals, but she can’t help but give each performance 100 per cent, “I try to hold back to look after my voice, but then I get absorbed in the songs and forget.”

More stories you might like:
For our health, for our land: How this couple's search for tummy-friendly dairy resulted in a feel-good sheep milk operation

A highlight of the tour has been performing Helena, her track dedicated to her friend Helena McAlpine, who died of breast cancer last year. The song was written for the TV presenter’s wedding day in December 2014. Helena’s husband Chris penned some of the lyrics and Hollie put them to music. In Helena’s final days in September, Hollie recorded the track in the studio.

“Chris and I were nursing her and I really wanted to finish her song properly, so I went into the studio to record it. I played it to her in the morning – it happened that it was was the day she passed away.”

Water or Gold is a remarkably joyful album. Dream is a track about Taimana, her seven-year-old whangai (adopted) son who lives with her in Papamoa. His energy inspires Hollie.

“He was running around the house while I was working and I was showing him how to sing and record harmonies. For every track he asked ‘Can I do it now?’ and for that song, I said, ‘Actually yes you can’ and I recorded him singing for it.”

“He’s not biologically mine, but he definitely likes to have a good sing along, and he has really good rhythm, it’s fun.”

What I learned about New Zealand while on tour

“I’m terrible before gigs; I go into a bit of a mental state; I’m like a goldfish before a set so I don’t get to explore as much as I’d like. You do end up in some crazy places on tour, but the highlight is always meeting different people and characters. It’s cool to see those different clusters of people – North Island versus South Island, East Coast, and West Coast.”

“Performing at The Butter Factory in Whangarei was a highlight. It was a lively crowd in a beautiful old building. AS a singer you take on the feelings of an old building. It’s a shame in New Zealand that we don’t have as many buildings that have had such a rich past life. They tend not to be protected but keeping the past alive is really beautiful.”

Water or Gold is on sale. Buy the album here