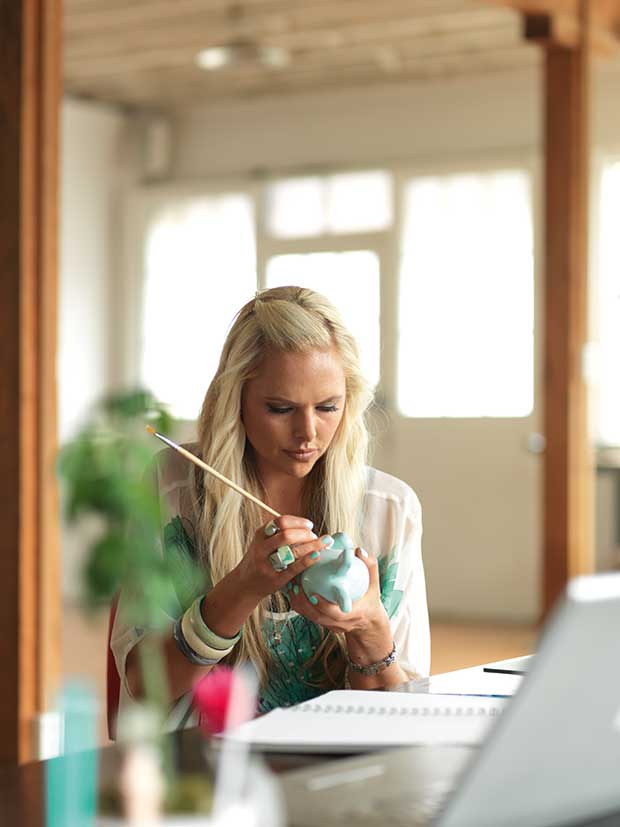 While an art career started as an off-piste dream, young creative Ema Frost couldn’t shake the feeling that art had chosen her.

In Japanese culture, a doll called a Daruma is given to motivate goal setting and perseverance, yet it has no eyes. It is for the recipient to add them.

“You hold the Daruma in one hand and visualize your goal, then apply one eye. Once you have reached your goal, you add the other one.”

For artist Ema Frost the dolls are reminders of the tasks she has on the go. She keeps only a couple, which is just as well; if there were one for every goal she’s ticked off there wouldn’t be a Daruma-free space in her Auckland studio. 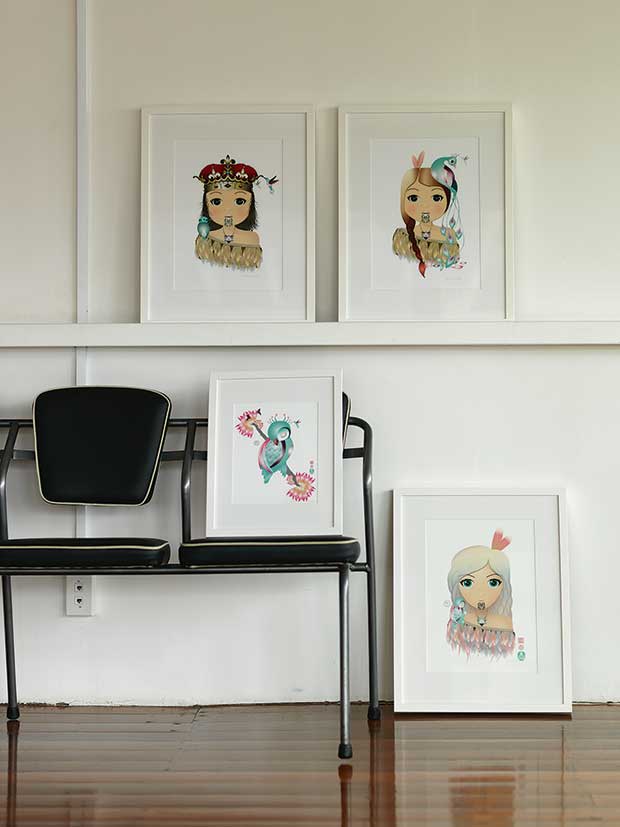 The farm in Kaukapakapa where Ema grew up is a long way from Tokyo. “When I was a kid I discovered that you don’t choose art, art chooses you.” She toyed with the prospect of art as a career but fitness offered more stability and Ema focused on obtaining a diploma in personal training.

The pull of the big OE was strong and she left New Zealand in 2004 to spend two years working at odd jobs throughout California, Brazil, Morocco and England.

“I spent a lot of time in the United States and discovered so many new products. It was easy to be creative when I was removed from my normal surroundings. I knew I had to pursue art again.” 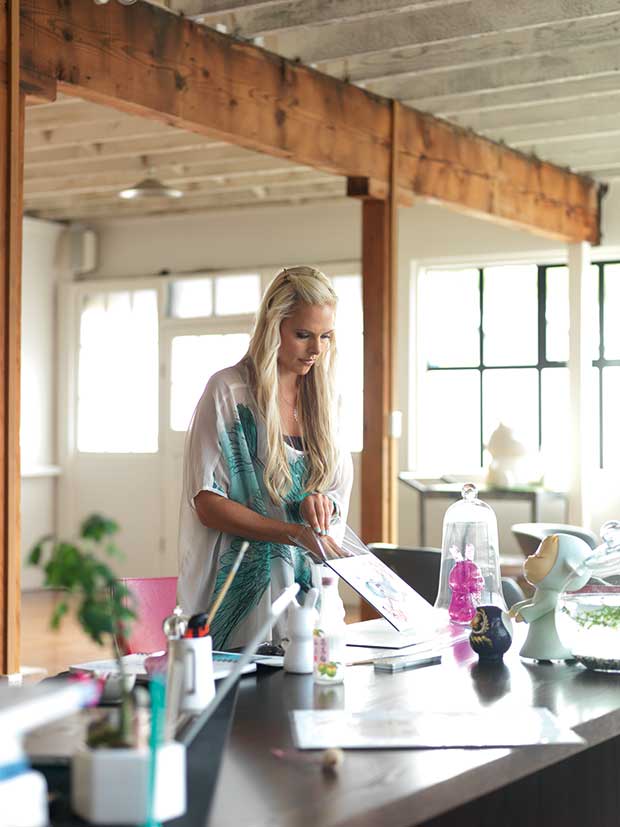 Overseas art schools were expensive so in mid-2006 Ema returned to Auckland and enrolled in a one-year Diploma of Graphic Design at Natcoll Design & Technology (now known as Yoobee School of Design).

“The diploma helped me to find the right medium but for most things I’m self taught. I get an idea in my head and find a way of creating it.”

Since graduating, Ema has tried her hand at ceramics, jewellery, prints, children’s books and figurines, often being told that the way she wanted to do things was not possible. “But I’ve learned not to listen when people say you can’t do something.” 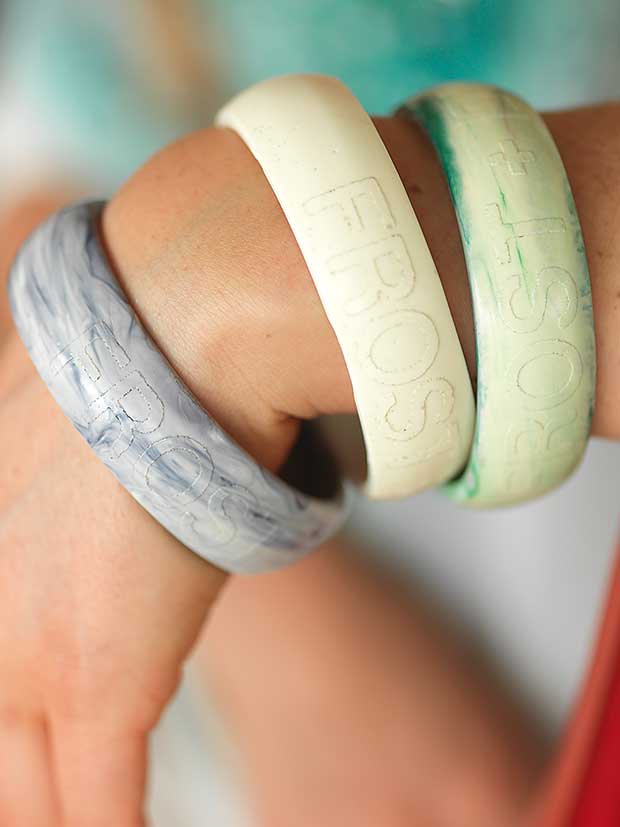 “I started making resin bracelets and rings after seeing a rubber bangle in the United States which sparked something in me. I made a master version out of wood then started making moulds. I’m trying new things all the time. It would be cool to do a range of jewellery.”

The creation of her first prints in 2009 led to a commercial breakthrough.

“I started with four core prints and I’ve kept adding to them. The drawings come from a made-up land in my head. The figures are based on both Maori and Japanese mythology; a lot of the myths and legends from the two cultures are quite similar.”

Ema’s first retail opportunity came through a friend who introduced her to a Newmarket gallery.  “Now I am stocked in six galleries and they are my main source of income.” 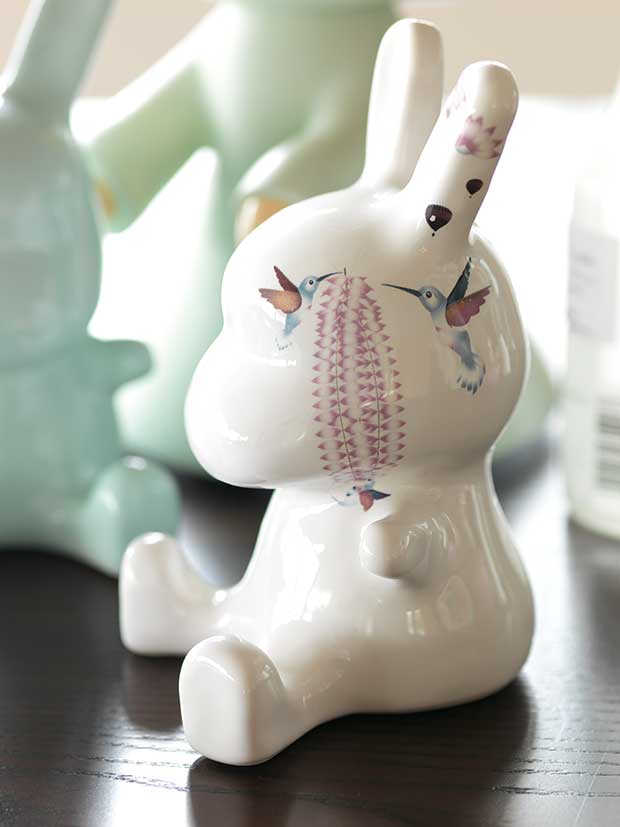 Rabbits (aka Dinkies): “I drew the designs, loaded them into the computer then sent them over to England to be created as special decal transfers. It’s like china painting on ceramic but the two elements are separate processes.

Her newest venture takes on the toughest of all art critics by making her characters stars of a series of children’s books. The hero is a little warrior boy searching for his princess. In a melding of Maori and Japanese culture, Ema has developed her own Daruma called Kaikaro, meaning goalkeeper.

“He looks like a chubby tiki and appears when the warrior boy becomes distracted. It’s my dream to take him into schools where I could help students make papier-mâché versions of him to focus their goal setting. I’ve even made little motivational badges with Kaikaro’s face on them.” 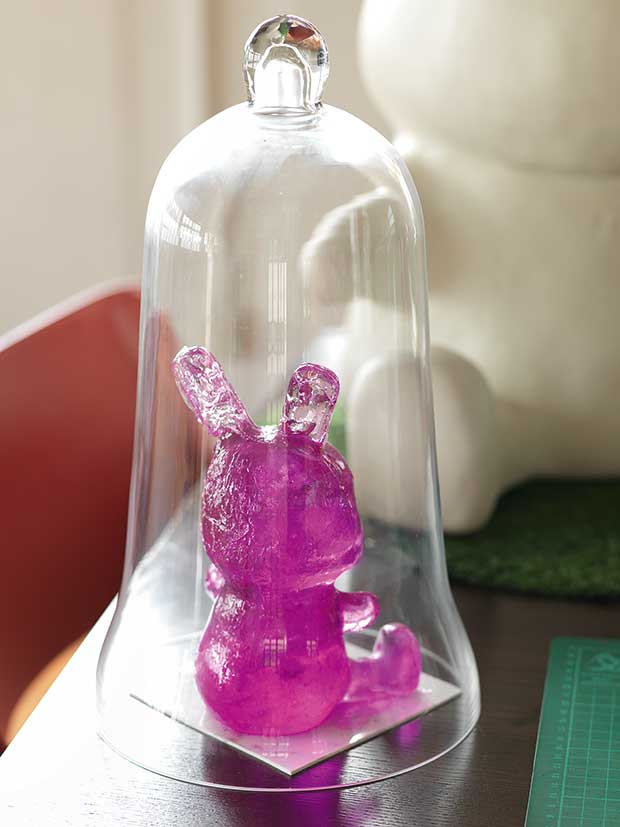 “I had to use a craft knife to cut around the outline of the design then I placed it by hand and transferred it onto the rabbit. Luckily I’m pedantic about small details. The whole process took about a year to sort.”

For Ema, being an artist involves much more than just sitting down and creating.

“Marketing and PR are becoming more and more important – it’s not just art any more. The hardest thing is getting it out there and still being creative. You have to have more than just a print these days. I love the idea of being on everything and anything: merchandise, furniture, fashion.” 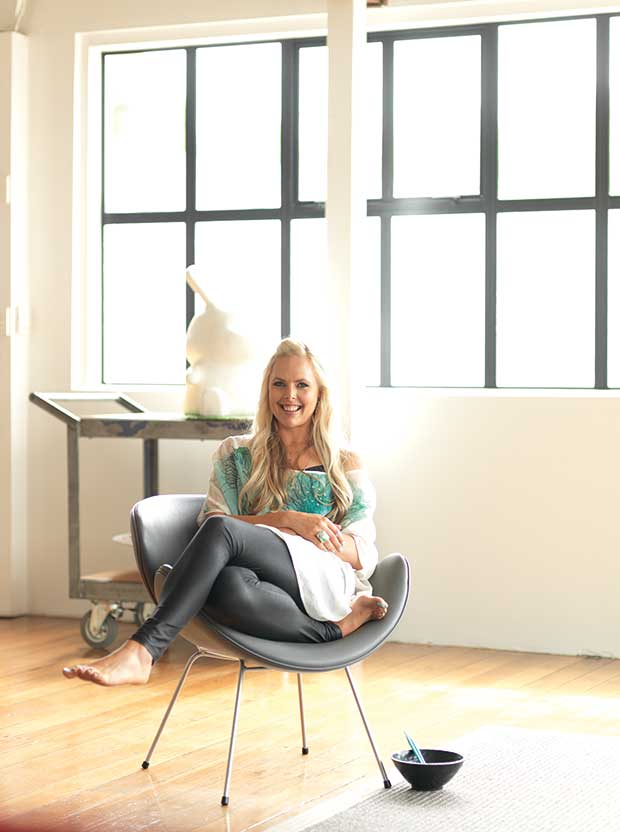 Ema may need to head back to Japan to pick up more Daruma dolls to cope with her multiplying goals.

She’s showcasing her work in the Air New Zealand Koru Lounge at Auckland International Airport, has several exhibitions lined up for 2014 and works as a personal trainer for five hours every morning. The Daruma has its eyes set on her artistic career and is blind to her love of surfing and her social life. 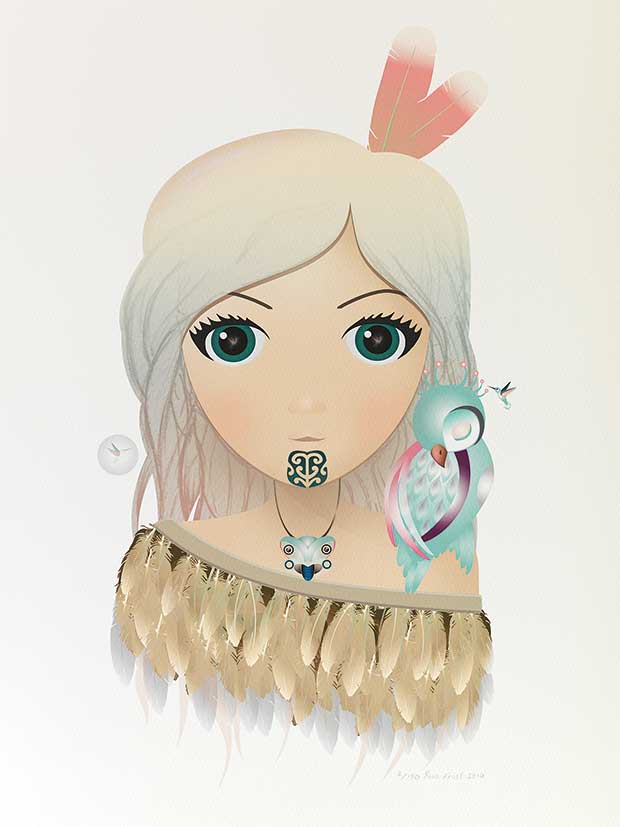 “Art is in me, no matter what. I would hate not to do this. It’s my therapy; I get lost in my work.”

Overcoming rejection: “When I get turned down I don’t dwell on it, I just move on. The work is never going to be to everyone’s liking so I don’t try.”
Sticking to a style: “Believe in yourself and keep doing what you love doing. You want to be able to have 10 of your works hidden within 100 others and have someone pick out all 10 of yours.”
Being on show: “Having exhibitions means having deadlines and that keeps you focused. You need deadlines. Exhibitions tend to lead into new people and new things too.”
Bird watching: “There is always a hummingbird in my prints; it’s become like my trademark. When I look back at works from when I was studying, hummingbirds often popped up.”
Family thoughts: “I’m very lucky to have parents who have always believed in anything I have wanted to do. I have always been surrounded by positive people. It’s hard when you’re not in that environment.”