The free-range poultry farm has taken the top honours in the fourth annual awards for their Organic Whole Chicken while also winning the Paddock category.

Join us in toasting the winners of this year’s Outstanding NZ Food Producer Awards. They come from throughout the country to bring the finest tastes to our palates. NZ Life & Leisure salutes the medalists and urges you to support them by buying their delicious goods. About 18 months ago, Hawke’s Bay chicken farmer Ben Bostock told television’s Country Calendar he had two goals. The first was to take a holiday; the second was to produce New Zealand’s best chicken. He’s managed to tick off both.

The holiday — a jaunt around the United States in an Airstream caravan with his wife and young son — came first. Now, Bostock Brothers, the organic chicken business he runs with brother George, is the Supreme Champion in the 2020 Outstanding New Zealand Food Producer Awards. Bostock Brothers’ Organic Whole Chicken, which the judges described as having outstanding flavour, won the Paddock category before taking out the Supreme Champion title.

In a world where food production has become ever faster, the Bostocks have deliberately plotted a slower course (see NZ Life & Leisure, November/December 2014). Quality, not quantity, is their motto. They let their chickens grow slowly, feed them a diet of organic maize grown on the property, and let them frolic around a former apple orchard. The chickens sleep in French-designed “chalets” and enjoy longer, happier lives than conventional free-range chickens (who are often free-range in name only).

“When we first started, I went to see a big free-range chicken farm, and I was horrified,” Ben says. “I was from a farm, so I thought I knew what production was like, but they were growing chickens like they were tomatoes, keeping them in temperature-controlled sheds. I knew I didn’t want to operate like that.”

More stories you might like:
Secrets from one of the most self-sufficient lifestyle blocks in New Zealand

Instead, the Bostocks opted to become New Zealand’s only organic chicken producers. This means meeting strict regulations on flock size and density, so they keep a small flock and give them large areas in which to roam.

The entire food chain — from the chickens to what they eat and where they graze — is free of chemicals, antibiotics, growth-promoting products and genetically modified organisms. Committing to running a poultry business based on organic principles hasn’t been easy or cheap, but the brothers wouldn’t have it any other way. “The organic standard is strongly audited and regulated, but there are no regulations on the term ‘free-range’,” Ben says. “A lot of people ask us if you can be organic and not free-range, but the answer is ‘no’. If we had 50,000 chickens in a shed and one person looking after them, our costs would be 10 times lower.

“But the additional costs are directly proportionate to the costs of maintaining better animal welfare.”

That includes keeping all aspects of production as sustainable as possible. The Bostocks use non-treated wood shavings from a local sawmill for their chicken sheds.(The shavings are later scooped up and turned into compost.) They’re also the first meat producers in New Zealand — possibly the world — to wrap their products in plant-based, compostable packaging.

Beneath the Bostocks’ laconic, laid-back style lies steely focus and absolute adherence to  their principles. “We process about 3000 to 4000 chickens a day, which is what the big guys do in 10 minutes. We’ll never be able to compete with them on volume, so we’re happy focusing on quality,” Ben says. 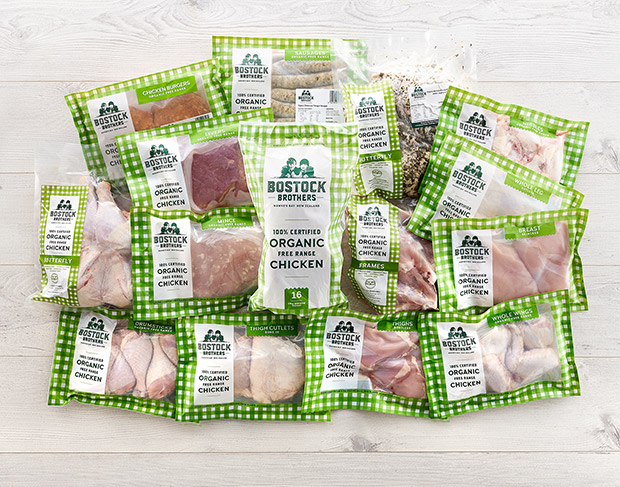 The Bostocks grew up in Hawke’s Bay, where their parents John and Vicki pioneered growing organic apples on a commercial scale. Ben, who dabbled in several occupations before deciding his future lay in poultry, leased an eight-hectare block of the family farm when he started in 2014. Being a genuinely family-owned business has multiple benefits, George says.

More stories you might like:
New Zealand's top cheese made from a blend of cow's and sheep milk

“I studied marketing at university and Ben did science, so I suppose we have certain strengths in different areas, but we both have relationships with buyers, and we share everything.”

While their childhood likenesses appear on their logo, the Bostocks aren’t just the face of the brand for marketing purposes. Transparency about their operations is hugely important to them, and they both genuinely enjoy connecting with customers big and small, George says.

“Earlier this year we were selling hot rotisserie chickens at the Horse of the Year show, and so many people came up to us and said, ‘Oh my god, I can never go back to other chicken now. Yours reminds me of how it used to taste when I was growing up.’” For stockists, see bostock.nz

The other category champions are:

Supreme Champion is chosen from each of the five category champions – Dairy, Earth, Paddock, Water and Drink. In addition to each category champion, gold and silver medals are awarded for outstanding products.

A special award, the NZ Life & Leisure Spirit of New Zealand Award, recognizes an entrant with an outstanding story across a broad set of principles including community involvement, environmental consciousness and product quality. This year’s winner, Clevedon Herbs & Produce, is a deserving recipient on many fronts.

Find the the full list of all gold and silver medalists here.

The better the quality of food we consume, the healthier we will be as individuals and the more robust our economy, says NZ Life & Leisure editor Kate Coughlan. 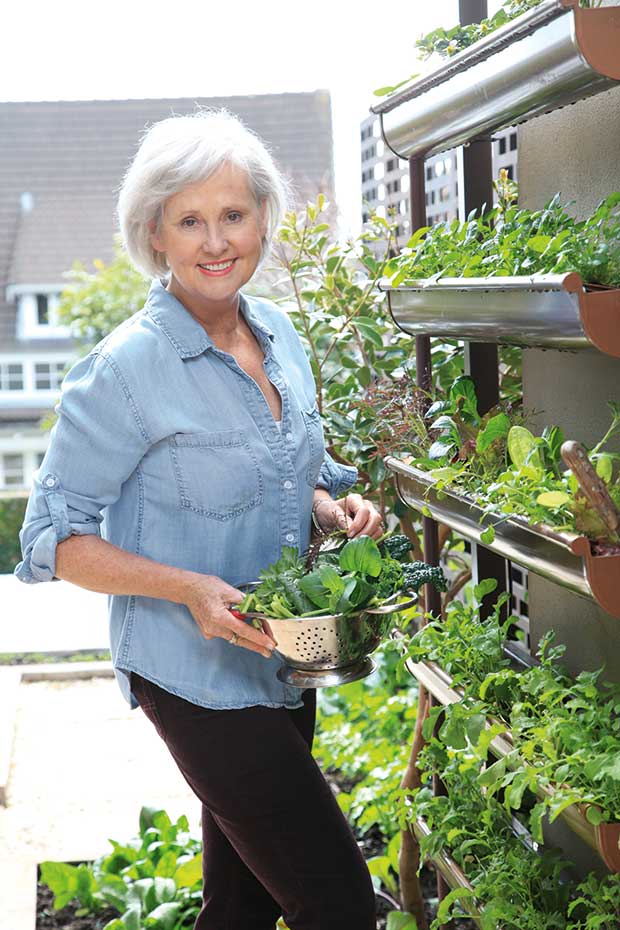 There was a 25 per cent increase in entries this year over which the 25 judges sniffed, tasted, licked, chewed and swallowed, blind-tasting under the watchful eyes of eight stewards. Products ranged from value-added meat to dairy-free yoghurt, convenience pre-cooked meals to vegetables and seeds and everything delectable in between. The new Drink category was also strong with soothing teas, kefir and kombuchas.

This year’s winners demonstrate a high level of sustainability, says NZ Life & Leisure Taste editor and ONZFPA judge Lucy Corry, so the planet is being well looked after in the process. Could it get any better?

Don’t forget that you can buy many of these products at a single click from our online NZ Life & Leisure Farmers Market. Browse and shop from the comfort of your armchair.

For the fourth year judging was overseen by champion of NZ produce, Lauraine Jacobs. She noted it it was exciting to see many more entries, all of which displayed great depth of innovation and attention to detail in production.

“The judging team welcomed back many long term producers and were pleased to note consistency and continued excellence in every aspect including presentation and sustainability, of our food. It was equally exciting to have the opportunity to examine many first time entries that were original, delicious and often inventive.”

“I encourage food lovers to seek out the medal winners’ products and show their support for our farmers and food producers by endeavouring to always buy local New Zealand produce when possible.”