Despite leaving school at 15, this self-taught astronomer reaches for the stars in more ways than one.

Jennie McCormick, born in Whanganui, wasn’t an overly committed student, far preferring sports and horseback riding to the classroom. At 15, after having moved to a school in Auckland, she saw a job opening for an onsite stablehand.

“That was it for school, and off I went to work in a stable with racehorses.” At that stage, astronomy was still but a twinkle in her eye, although she recalls gazing at the stars in the wee hours. “I remember thinking the sky was amazing,” says Jennie. “I wondered what all the stars were and what else could be up there.”

Astronomy seriously caught Jennie’s eye at 29. She was dazzled by stars, planets and galaxies after attending a lecture at the Stardome (formerly Auckland Observatory).

“I was hooked. The more I learned, the more I wanted to know.” Additional lectures followed, and she eventually joined the Auckland Astronomical Society (AAS), which introduced her to like-minded amateur astronomers and academics. 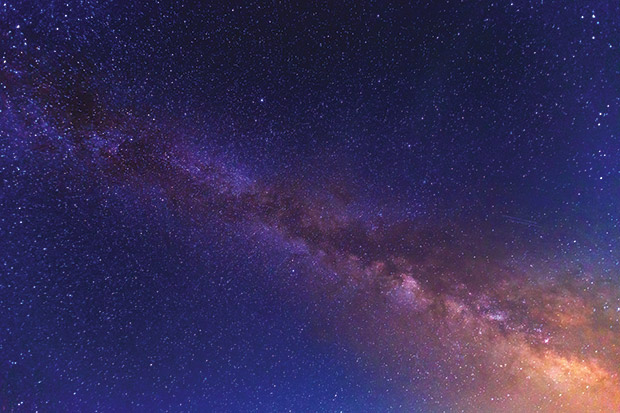 Jennie’s passion turned professional when Stardome offered her a part-time job helping with school group tours. She subsequently launched a small business, AstroKids, to share her enthusiasm for the night sky with schoolchildren.

Jennie was offered a full-time role at Stardome in 1998. She spent spare moments observing faint objects through the observatory’s largest telescope. In 1999, with the help of AAS members, she and her partner began building a private domed observatory in their east Auckland backyard.

Farm Cove Observatory, conveniently located outside her lounge, was completed for less than $12,000. “Building the observatory was the best thing that happened to me. My children were young at the time, so I’d put my telescope on an object and then cook dinner or iron their school uniforms,” says Jennie.

Between nights on the telescope and raising her kids, Jennie hosted the Astronomy Hour talkback show, between midnight and 1am, on Newstalk ZB.

Jennie considered herself an amateur until, in 2005, she and her 25-centimetre telescope aided in the co-discovery of a planet three times the size of Jupiter. It was the first time an amateur telescope had been involved in such a discovery. Her face was splashed across international television networks such as CNN and ABC — but that eminence was just the beginning.

The same year, actress Gates McFadden (who played Dr Beverly Crusher on Star Trek: The Next Generation) approached Jennie for an autograph while she was attending a science-fiction expo. “She asked to see the woman with the small telescope who helped discover a planet. Who would ever have thought that was going to happen?” says Jennie.

Jennie was awarded the Member of the New Zealand Order of Merit the following year for services to astronomy. After being made redundant from Stardome in 2007, she carried on collecting observational data for American universities including Harvard, Columbia and Ohio State.

Jennie’s days are undeniably longer than most — she makes a living by day and monitors celestial objects by night. She worked at an art gallery before becoming manager of a community facility, using nights to feed her passion with voluntary research. But although astronomical data doesn’t pay the bills, it sometimes leads to shiny new toys.

More stories you might like:
Born to rum: The husband-and-wife duo behind Lunatic & Lover met at a rum bar in the Caribbean

“Once Ohio State realized my data could be useful, they asked which telescope I wanted. I went, ‘pardon?’ There was a new telescope waiting on my doorstep a few weeks later when I returned home from work.”

In 2009, Jennie made the headlines after discovering an asteroid orbiting between Mars and Jupiter. The asteroid, named “New Zealand”, is only visible through smaller telescopes every seven years. She has since been involved in 22 extrasolar planet co-discoveries and, in 2016, she was elected a fellow of the Royal Astronomical Society of New Zealand.

“Astronomy shows how insignificant we are. There’s no way we could be the only life forms — it’s just a matter of time before we make contact with others. It’s amazing to know that I’ve contributed to such a worthwhile science.”

Take the initiative. “I used my initiative by getting in touch with an extrasolar planetary group at Ohio State University, and sent asteroid positional data to Harvard. If I hadn’t, I would never have ended up co-discovering planets or finding a new asteroid.”

Never doubt yourself. “You doubt yourself a lot in astronomy, especially when it comes to data. You have to use your intuition at times. I might see something that looks odd but will always double-check the data just in case. I often find that it is something interesting and not just noise in the data. I would hate to miss a new asteroid or comet.”

No regrets. “I don’t feel bad that I left school at 15 — it was right for me at the time. If I had gone down a traditional path, I’m pretty sure I would never have discovered [the asteroid] ‘New Zealand’ or been involved in co-discoveries of numerous extrasolar planets.” farmcoveobs.co.nz