How Kurow volunteers transformed a wasteland into a recreational wonderland 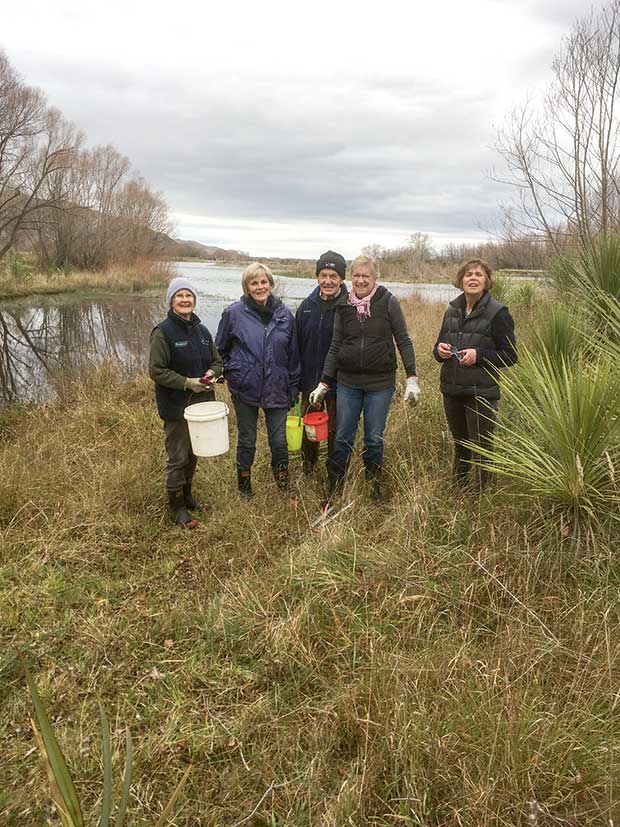 Island picnics and strolls were never really an option on Kurow Island, a 10-hectare pocket of wasteland nestled between braids of the Waitaki River. Not unless locals from the nearby town of Kurow didn’t mind wading through a landfill, which occupied the island for most of the 20th century.

The landfill was relocated by 1996, but Kurow Island remained more of a dump than an islet for years after. “People just continued to dump rubbish there,” says Sandy Cameron, a Kurow local. “It was an appalling mess.”

So when, in 2001, Meridian Energy announced Project Aqua, a plan to generate hydroelectricity from the Waitaki River and to restore Kurow Island for recreation, locals began buzzing. Unfortunately, the reality of a clean island was soon washed away; in 2004, Project Aqua was discontinued.

That’s when Sandy and seven other Kurow locals stepped in. Seemingly unfazed by the magnitude of the restoration project, the committee aimed to get Meridian Energy’s original landscape plan rolling again — meeting with companies, agencies and local organizations before securing their first round of funding.

“When we began, I’d get stopped in the street and told I was mad,” says Sandy, who became the project leader. 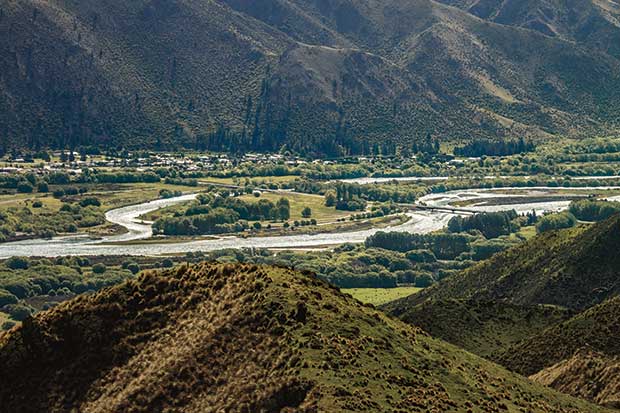 The Island Restoration Project was a daunting task. After the dump was capped, the group began by installing an entrance gate to prevent further illegal dumping. Gorse, broom and blackberry bushes were next; Sandy and co drew on the hands and hearts of locals by setting up community working bees.

“Volunteers would turn up with chainsaws and tractors — you name it — to help us,” says Sandy.

The island had gained positive attention by the time grass was planted in 2008, so much so there was little need to lock the island gate. Locals or visitors — whoever they were — had stopped dumping rubbish. “The locals have taken ownership of the island, as we all have,” says Sandy.

Now, 14 years later, Kurow Island is far from its days as a landfill. Native riparian vegetation grows where gorse used to thrive — the former wasteland has been reborn and even recently used as a wedding venue. Island picnics and strolls are an everyday reality for locals and tourists alike, and a shelter learning area made from recycled beams from Kurow’s historic bridges offers the perfect vantage point for a brisk walk or morning tea. The shelter learning area is constructed with recycled bridge timber.

“We didn’t believe that we would still be involved 14 years later,” says Sandy, who continues to work on the project every week with the original volunteers. “It’s been a huge project, but a very worthwhile one — and so good for this community.”

Eight locals from Kurow are successful in gaining a grant from Meridian Energy’s Waitaki Community Fund for the formation of a Landscape Management Plan.

DOC, the governing body for the island, supports the concept and issues a licence to restore the site. The landfill is capped, gorse and broom cleared, carpark established and fences built, large grassland sown, native ground cover established and riparian zone planted.

The NZTA and McConnell Dowell replace the two 130-year-old single-lane bridges that connect the island to South Canterbury and North Otago, adding a twin jet-boat ramp, planted embankments, a new road to the island carpark, and installing permanent information boards.

A grant from Meridian Energy funds a shelter/learning area constructed from historic-bridge timbers. “Our jewel in the crown,” says Sandy.

The Island Restoration Project was made possible through funding by: The Meridian Energy Waitaki Community Fund, Department of Conservation Community Conservation Fund,  Waitaki and Waimate District Councils, and the generosity of the community and local business