Grit and determination are part of an elite athlete’s makeup. They were also qualities this orienteer needed to help steer her through the scariest moment of her life.

Orienteering is a unique sport given its numerous participation options — foot, mountain bike, ski and trail. Almost anyone at any age can participate. Orienteers race as individuals, family groups, teams (rogaining) or relay teams. They can be weekend warriors or elite athletes.

Orienteering is not solely about physical prowess, strength and speed; it also requires mental agility. Orienteers need to read detailed maps and use a compass while deciding and navigating the quickest route to the control points and the finish line, and make good decisions under pressure, not allowing physical fatigue to fog the thought process.

Lizzie Ingham was just three days old when she attended her first event. Her proud parents, seasoned orienteers Gillian (a New Zealand representative) and Malcolm, stopped off at their Wellington club on the way home from the hospital where their daughter was born to show off the new arrival.

Lizzie took up the sport seven years later, making it a family affair with her parents and big brother Chris. Fast-forward 26 years and she is now the country’s top female orienteer.

Lizzie’s achievements are many. She is the current New Zealand and Oceania champion in sprint, middle and long distances and the only New Zealand woman to win a World Cup race medal. She has had one top 10 placing and seven top 20 finishes in nine consecutive world championship appearances.

For the past decade, Lizzie has lived and raced overseas. She went first to Canberra, where she spent five years. “I’d developed as far as I could within New Zealand, and I needed to move somewhere to get tougher, more regular competition,” she says. “Many of the top Australian girls are based in Canberra. It was a good community to train with, and I developed a lot.”

Orienteering was not her sole reason for choosing Canberra; it was also about furthering her studies. She attended the Australia National University’s Research School of Earth Sciences, completing a PhD in geophysics.

Her next move took her much further afield — to Norway. Her strong form had attracted an invitation to join one of the world’s most renowned orienteering clubs — Halden — in the town of Halden in Norway’s southeast, on the border with Sweden.

“The coaches are world-class and the sport is at an entirely different level from anything in New Zealand. It is as professional as you can get in an amateur sport.”

Not only that, on its doorstep are endless tracts of forest — “orienteering heaven”, as Lizzie calls it. She found work with a geoscience consulting company, which she could combine with training and racing.

When it came to racing, she happily threw herself into the fray. Just two weeks after her arrival, she competed in Halden’s second-ranked women’s relay team for Tiomila, one of orienteering’s most prestigious events, held each year in Sweden.

“I had no expectations and no time to be intimidated by the other athletes and how important the relay was to the club. However, it got much harder mentally once I became aware of just how competitive the environment was.”

Another major race was the Jukola in Finland, the biggest orienteering event in the world. The women’s relay regularly attracts a field of more than a thousand teams.

But Lizzie’s greatest test came in 2017 when she went into cardiac arrest on the finish line at O-Ringen, the largest race in Sweden. “I was very lucky. Because of the event’s size, there were lots of doctors and first-aid people on hand, and when I collapsed, they were at my side straight away.”

Lizzie was taken to a nearby hospital, with an angiogram later revealing a serious heart defect. She had an anomalous left main coronary artery, which connected her aorta in the wrong place. The discovery of the heart fault, which had gone undetected since birth, answered some long-held questions. 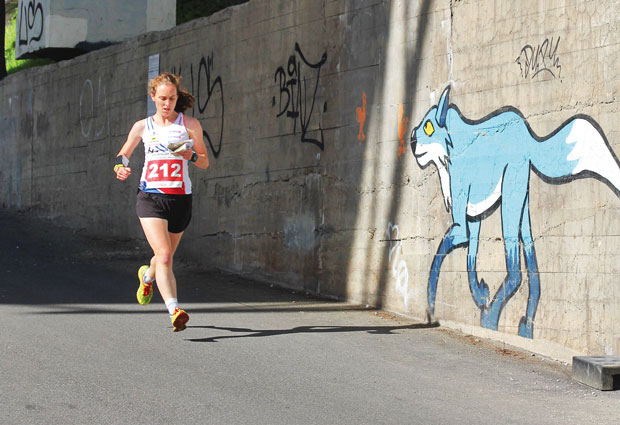 More stories you might like:
Hospice hero: Why this 94-year-old volunteer has devoted decades to Otago Community Hospice

Two months after her collapse, Lizzie underwent open-heart surgery in Norway. Two days later, she was on her feet; a week after that, she was back at her Halden home. By Christmas, two months post-surgery, she started jogging.

“Doctors were positive I’d be good to go once the problem was fixed, but they couldn’t tell me how hard I’d be able to run. I don’t require beta-blockers or serious blood thinners, which means I don’t have any medical restrictions on how high my heart rate can go. It was a matter of me listening to my body and seeing where it took me.”

But learning to fully trust her body, to be confident a cardiac arrest wouldn’t reoccur, took time. It was a champagne moment on the finish line of the 2018 Tiomila, Lizzie’s first proper comeback event, six months after surgery.

“Other people must have wondered about us, the five girls in Halden’s second team drinking champagne after finishing in 40th place. But it was fantastic. I’d been able to run hard right to the finish, something I’d never been able to do before in a relay.”

Lizzie returned to New Zealand in 2019 and is now based in New Plymouth, where she works as an environmental scientist with the regional council. Orienteering is very much still part of her life.

Once border restrictions ease, she hopes to return to Halden — not to live but to run the big relays for the club and prepare for the world championships. If the trans-Tasman bubble were to open, there are competitions in Australia to look forward to and the Oceania champs in Christchurch in January, where Lizzie will be defending her titles.

More stories you might like:
How a knee injury prompted Alana Barber to become a top-ranking race walker for New Zealand

Orienteering races are either sprint, middle or long distance, and the winner is the person who completes the course in the fastest time. A sprint race (12 to 15 minutes) usually takes place in an urban environment.

In New Zealand, courses are often mapped around schools or university campuses. Middle- and long-distance races (35 and 70 to 90 minutes approximately) are set in the countryside. “Many of our nicest maps are in plantation forests on the coast because the small dunes underneath can be complex to navigate through,” says Lizzie.

There’s a lot to consider. “In some areas, you may know you can run on a compass bearing until you get near the point you’re looking for. In other terrains, where hills are larger, you may need to take a wider, longer route to minimize the climb.

“If there’s a lot of detail on the ground, you look for a large feature and navigate your way to that. Sometimes it’s important to slow down and read everything on the map to guide you to the point you’re looking for.”

Orienteering originated in Sweden in the late 1800s. It was devised as a military training exercise; personnel navigating unfamiliar land using a map and compass. Within 10 years, it became a civilian sport and is especially popular throughout Scandinavia.

Athletes navigate a course using an orienteering-specific map that provides detailed information, including symbols that describe landmarks and the terrain. Orienteers may not open their maps until the race starts. Then, athletes must pass through all control points on the course using the map to guide them.

Control points are a stand with a timing box and a white and orange flag. Orienteers carry a chip that registers which control points they reach.  The date of the first orienteering event held in New Zealand is unclear. However, New Zealand Orienteering Federation documents suggest either 1947 or 1950.