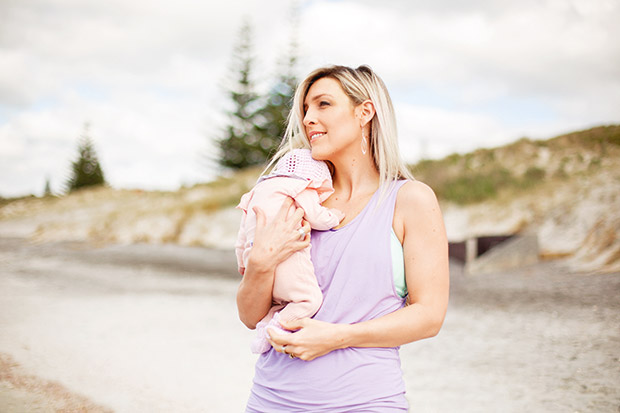 In 2014, Olympic medalist and middle-distance runner Alysia Montaño, eight months’ pregnant, was widely celebrated for competing in the USA Track and Field Outdoor Championships. However, behind the scenes, Nike withdrew her sponsorship until she could return to a competitive level. In 2019, “The Pregnant Runner”, as she became known, went public in the New York Times with her battle for fair maternity leave.

Nikki Clarke, owner of Whāngārei-based maternity activewear brand, Cadenshae, saw Alysia’s point and also an opportunity to expand her company’s social footprint with a foothold in the United States market. Cadenshae’s offer of sponsorship to Montaño contained no performance caveats, wanting only “her voice, not what she achieves” and the payoff was instant. Website traffic increased 100 per cent, and sales in the United States doubled.

Nikki (33) and husband Adam (36), both personal trainers, started the business five years ago after the birth of their first child. Nikki was frustrated trying to find postpartum and breastfeeding-friendly exercise clothing. She drew her ideal bra and, after $20,000 and 19 months of trial and error, the first shipment of 1000 bras landed on her doorstep. “There were many hurdles. Drawing a picture is simple, but communicating so it becomes a practical design was an often complicated process. I didn’t know what an importer code was, which caused issues with the shipment, and our first Australian manufacturer burnt us by importing from China.” 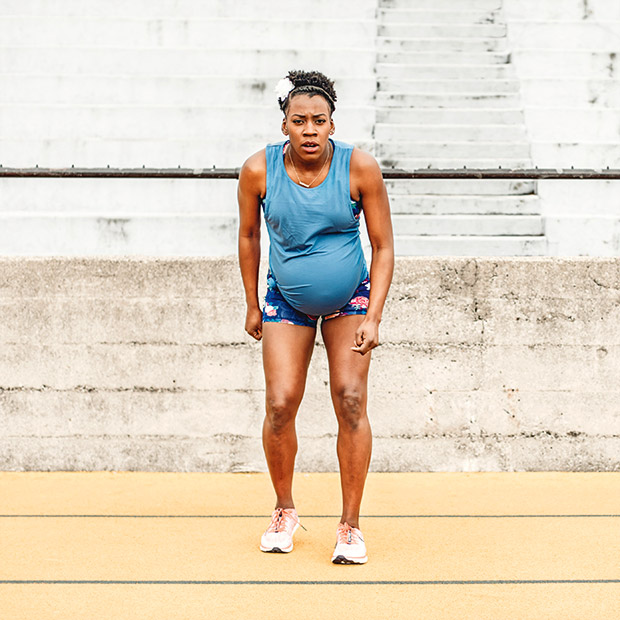 There are now 10 bra options plus tops, hoodies and leggings all made in China. “Our goal was to be New Zealand-made, but it wasn’t possible at the time. Our Chinese supplier is family-owned, and our growth has grown their businesses.” Cadenshae operates from a warehouse near the couple’s One Tree Point home, where extended family (including both sets of parents) help with packing and shipping.

More stories you might like:
Step by step instructions: Build a cute-as-a-button fruit and vegetable stand (part 1 of 2)

Heart over profit is Nikki’s mantra and, with five children under six, her empathy with mothers is a powerful company asset. She says Cadenshae does not produce fast-fashion and works with its online community to build the brand and retain customers, even beyond their postpartum period. “We have a medium to high price point, and it is our community that keeps customers engaged with blog posts, charity events and forums.” The brand has such a following that looking after a piece can be an investment, with online resale sometimes reaching 70 per cent of its original price.

Cadenshae launched in 2015 with no local competitors. Despite more brands entering the maternity market, including Nike (following Montaño’s protest, Nike removed performance reductions for 12 months post-pregnancy), Cadenshae retains its hold as the global leader in maternity activewear. Having its leggings endorsed by physios and chiropractors as helping with pelvic and postpartum pain is a crucial point of difference.

Maximizing profits is not always the top priority for Nikki and Adam. “We don’t make decisions based on the bottom dollar, but on whether we’ve made a mum’s life easier at a time of huge mental and physical change. That allows us to be authentic in everything we do.” 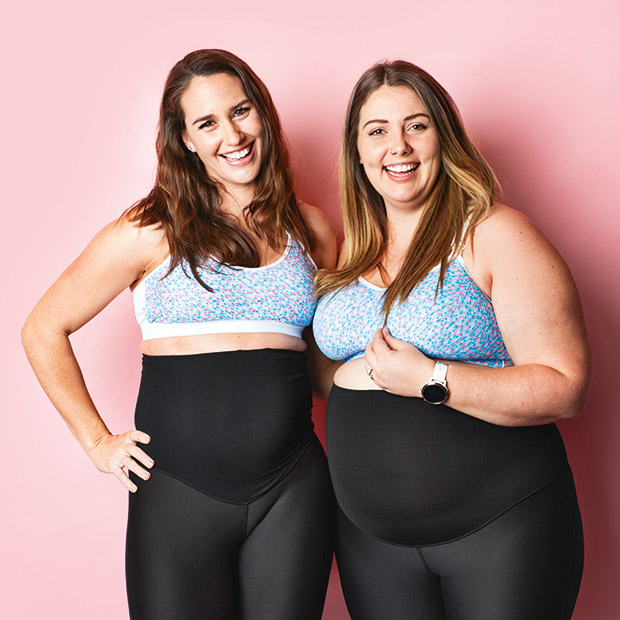 Elevator pitch: “Cadenshae is a maternity brand that specializes in comfortable, breastfeeding-friendly clothing suitable for exercise. Cadenshae makes mothers’ lives less complicated, not only by making functional clothing accessible but by creating a sense of community and empowering women.”

Headwinds: ”We migrated our website in 2018, and it was a disaster. Overnight we lost our organic traffic, and our sales dropped. I had a three-month-old baby and had dropped the ball by not having key people and plans in place, especially to aid the relationship between the developer and our marketing team. I learnt to invest in people and to delegate; at that time, I couldn’t be a full-time CEO and a mother.”

More stories you might like:
Taranaki's host with the most: Nice Hotel owner Terry Parkes transforms an historic home into a maximalist masterpiece

Tailwinds: “It’s cheesy but true – our success is due to people power; family and community support, listening to our customer feedback and investing in the right people. It’s allowed us to remain independent – we’ve retained 100 per cent of the business without outside investment.”

What’s next? Adding new lines, expanding in the United States and using the company’s platform to champion change for mothers in competitive sports: Cadenshae plans to partner with United States charity & Mother to support athletes and mothers at the 2021 Olympics.

Lessons: “Invest in good systems early on; it saves time and money in the long run. Find a mentor, but choose wisely – it’s hard to find honesty and good advice. Ensure what they say comes from a genuine place, not because they’ll benefit from your decisions.”