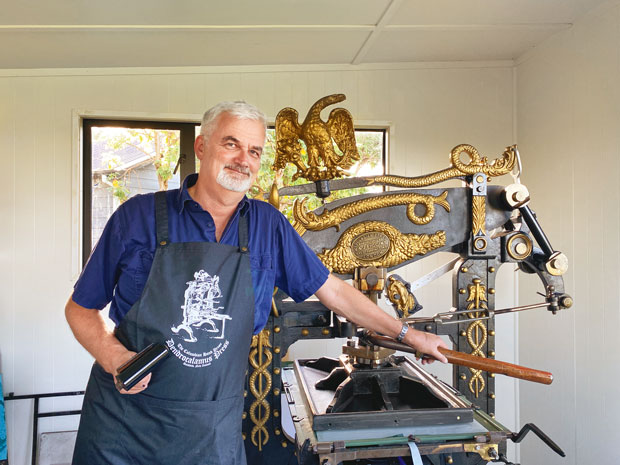 A passion for print and printing presses is filling an Auckland man’s life as well as his three sheds and double garage.

“The trouble really started with a baby printing press,” says Willy Coenradi, of his now sizable collection of antique presses and equipment.

Willy, the owner of 12 presses, is close to outshining Auckland’s Museum of Transport and Technology’s (MOTAT) collection. A third-generation printer, he says ink has run in his family’s veins since the 1800s.

“When my father was still alive, he always talked about how much he’d like a little tabletop printing press to make business cards in retirement,” says Willy. When an eBay seller listed such a press, Willy was reminded of his father’s dream and bought it.

When the tiny press arrived, he marched into the print shop at (MOTAT) to get some advice on how to use it. The workers there erupted into laughter at the itsy-bitsy thing in his hands. “That’s not a printing press,” one of them said. “That’s a toy.’” 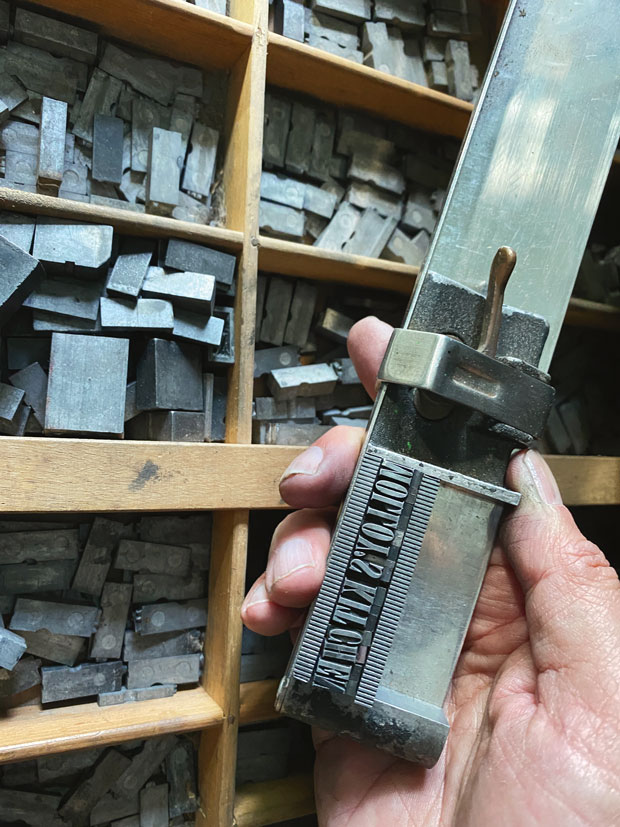 Their amusement didn’t deter Willy, and it didn’t take long for mentoring and friendship to blossom between him and the MOTAT print shop team.

For the past decade, he’s spent hours searching the internet for rare gems and coordinating imports, including a one-tonne press shipped from Canada. Printing equipment covered in dust doesn’t intimidate Willy. He believes these pieces of history must be saved from sitting lifeless in basements and gardens.

“The only criteria I have for equipment is that it must be restorable and usable,” says Willy. “I want to prevent this machinery from going to the scrap man or being sold overseas. This leaves a huge hole in New Zealand’s printing heritage and history.”

More stories you might like:
How Wellington lawyer Julia Whaipooti is fighting against systemic racism in the justice system

Willy fondly refers to the letterpress community as the “printing mafia”. Word of mouth spreads quickly, especially regarding rare equipment available for sale.

Connection to like-minded printers has meant Willy has been able to acquire the skills of a master — and purchase his most special machine to date, a rare Columbian press, which often leaves collectors oohing and ahh-ing.

Printing and restoration would be impossible without a close-knit community. It is one thing to buy a printing press and score equipment through trades and deals with the “printing mafia”. But the ability to use century-old machines with confidence, which few people today possess, is preserved by enthusiasts such as Willy. “You can get some skills out of books. But there is nothing better than learning from other people,” he says.

“What is recorded on paper cannot be changed as it can on Google, Wikipedia or Facebook. I like the idea that printing presses help keep an accurate record of history and ideas and thoughts of who we are. 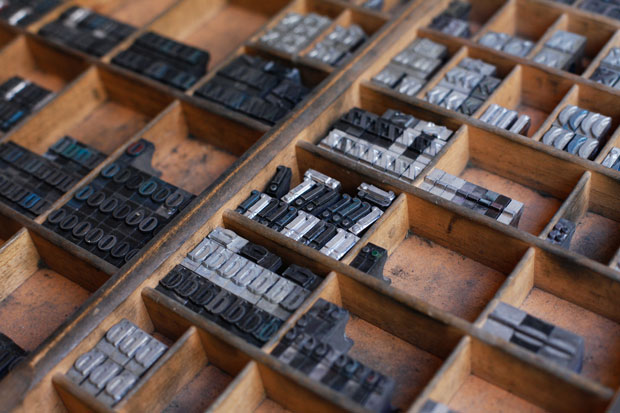 “Modern printing technology can’t give you what you can get if you’re printing with loose metal letters [type]. You actually get a slight bite into the paper, so in some ways, the image can be three-dimensional.”

In 2016, the printing press allowed him to pull off his most romantic gesture to date. His then-partner dreamed of publishing a children’s book — the solution was waiting in his three sheds and double garage. The book, which took Willy a year to complete, used a mix of printing techniques on special paper and was hand-bound.

“The way it would have been 500 years ago,” he says. The book won two Gold Pride in Print Awards in 2016. And, as for his own dream, he hopes to turn one of his sheds into a working museum one day.

“The printed word is the basis of our civilization. With the advancement of the digital age, it may appear that it has diminished, but as we’re learning, it’s again becoming more and more important.”

A HISTORY OF THE PRINTING PRESS

It’s easy to take modern media and printing technology for granted. But it was German inventor Johannes Gutenberg who, through his inventions, allowed printed information to spread far and wide.

Gutenberg’s printing process (dating from about 1436) came from the utilization of moveable metal letters (type) in presses, significantly speeding up the printing process and enabling the widespread distribution and availability of information, leading to newspapers, books, and magazines.

Willy runs printing press workshops at his home in Helensville, Auckland, and welcomes visitors to his collection. For more information, visit wilconsylvan.com/home-of-dendrocalamus-press