Inside the world of rugby romance literature Members of the Rugby Romance tour group get Silver Ferns tattoos in Auckland.

The love lives of All Blacks, both real and imagined, have escaped the pages of local tabloid women’s magazines and are now the stuff of internationally successful novels. A fast-growing sub-category of romance fiction is Rugby and Romance; novels about young, pretty, female visitors from abroad who inadvertently get into trouble (swimming in a rip tide perhaps) and are rescued by hunky blokes with thighs the size of a damsel’s waist.

Being swept off one’s feet by one of the thighs-like-waists chaps is clearly a heady thing – even reading about it sets many-a maidenly (some madame-y) hearts a-flutter.

Rugby and Romance novelist Rosalind James (18-books and half a million sales into her new-found career) was pestered by her fans for a tour to New Zealand taking in some of the novels’ hotspots – her books are mostly categorised as “Steamy”. 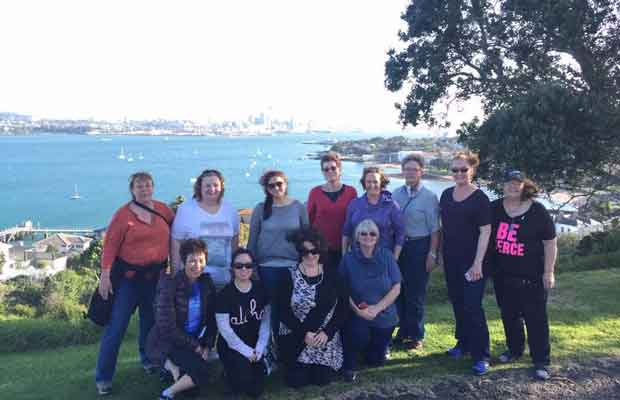 Thus, 10 women – 8 middle aged and two younger women (one is 26 years old) middle-aged women from the United States landed in Auckland late May (2016) to see the sights and, if the romance gods are on their side, maybe even meet an All Black.

At least they are guaranteed to see the Men in Black in action -on the field. The first Rugby and Romance Tour of New Zealand culminates at Eden Park Auckland on June 11 with the tourists watching the All Blacks vs Wales game.

“I’ve never met a tour group more excited about the country and so crazy about the All Blacks. Guess what the first thing they want to do is? Go to a tattoo parlour and get a tattoo of the Silver Fern.

“These are well-to-do, well-educated American women, getting a tattoo (a proper one not a stick-on)! I can hardly believe it, but I’m walking round with a great big grin because they are so excited about being here and it’s such fun.”

American Rosalind James writes both contemporary romance and romantic suspense published through Montlake Romance. She’s published 10 in her rugby and romance series Escape to New Zealand and, in just three years she’s sold more than half a million books. She now divides her time between New Zealand, Australia, and California. She attributes the Rugby and Romance series success to the fact that “lots of people would like to escape to New Zealand! I know I did.” 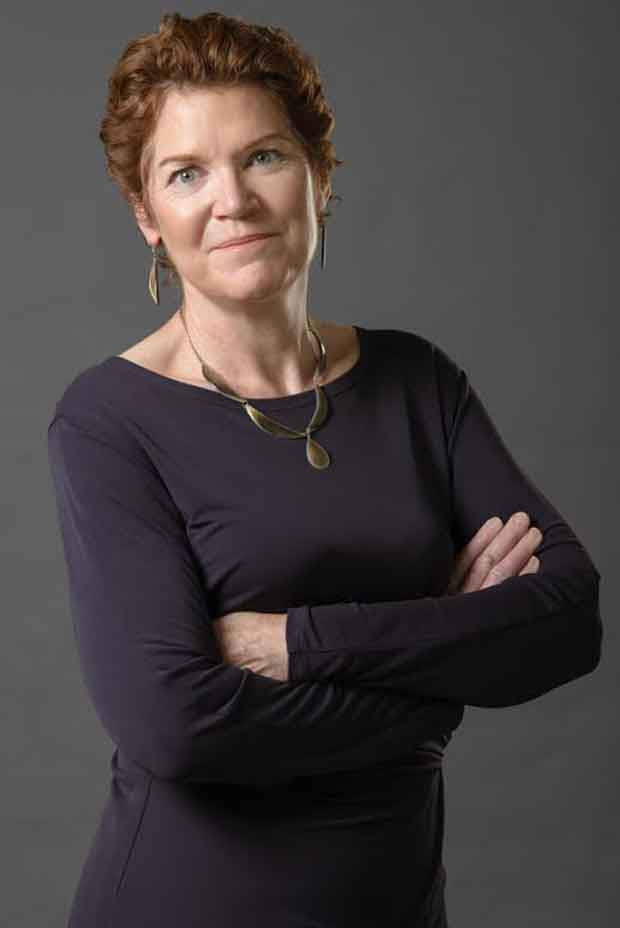 Rugby romance author, Rosalind James says her fans “seem to like the haka, the tight jerseys, the short shorts, and the muscles…”

THISNZLIFE: How did you get started in writing romance?

ROSALIND: I’d been a marketing writer for many years with my fiction career confined to a single story about Betty Bacillus for a school assignment when I was nine. I always had stories in my head, but I just thought of that as daydreaming and would tell myself to stop that and get back to work.

I never thought about writing fiction until, for some reason, in late 2011, when I was over 50 and living in New Zealand, I gave myself permission to try to write one of those stories down. And it just—boom took off from there. Almost the second I started, I just wanted to write more. Within a few weeks, I had written a book, and it was the most fun I’d ever had. Total shock to me. I finished the book, quit my day job – crazy do not do this – and wrote two more books within the next six months. I guess I can’t stop because I’m currently finishing my 19th novel. Will Tawera doesn’t do commitment, except on the rugby field.

How hard was it to get published?
I thought the books were pretty good, and that it wouldn’t be too hard to get an agent and then a publisher. I was wrong. I collected 38 rejections from agents over the few months I queried them. (One of them has since become my agent.) At that point, I had three books written, and I thought: ‘What the heck. Might as well try.’

I had some covers made, held my breath, and pushed the button to publish the books on Amazon. I just hoped I wouldn’t crash and burn. I had a wild hope that I’d make back my investment—about US $1400—before the end of the year (four months). It actually took about a week. Four months later, I published my fourth novel, and the month after that, January 2013, sold 20,000 books. I was surprised!

That first book that everybody turned down has been a Top 100 bestseller on Amazon.com and has been translated into German, where it spent almost 30 days in the top 100 in the Amazon store. It has also been recorded as an audiobook, has been a Top 100 bestseller on Audible.com, and won an Audie nomination for Best Romance Audiobook in 2014. I guess the moral of the story is: If you really think you’ve got a chance, don’t give up.

What is it about the combination of rugby and NZ that inspired you?
I lived in New Zealand for 15 months during 2010-2011, which obviously coincided with Rugby World Cup fever, and I got increasingly fascinated by the spotlight the All Blacks were under, not just professionally but as individuals. I kept thinking about how hard it would be to find a life partner in that environment, someone who didn’t want you for your money or celebrity and who would understand the pressure you faced. That was how the first book started in my head.
One of the very best moments in my career was the night I got an email from the relative of a very well-known All Black who told me I’d got it right. It’s extremely important to me to respect the team, the game, and the country. I hope that earns me some forgiveness for any errors I make along the way.

What do your fans like about the combination?
Well, they seem to like the haka, the tight jerseys, the short shorts, and the muscles! A lot of them follow the All Blacks now, which is pretty funny. I think it’s that uniquely New Zealand combination, embodied by the All Blacks, of hard work and the pursuit of excellence combined with a deep and real humility and team spirit. That’s not something you always see in professional athletes in other countries. I write men who are strong, determined professional sportsmen, but also expected to be decent people, with mates and families and neighbours and regular lives outside rugby. And I write about the beauty of the country and that relaxed, competent, cheerful New Zealand “she’ll be right” attitude, too, which people from other countries find extremely appealing. My series is called Escape to New Zealand, and I try to make those books real escapes for my readers. Also, the books have some steamy bits. That never hurts.

More stories you might like:
Take a tour of furniture designer Ed Cruikshank's alpine home and studio in the Queenstown Basin

Where is your biggest audience?
The majority of my readers are in the United States (I also have three series set in the States), but the UK and Germany are my next-biggest markets, followed by Australia. For some reason, my bestselling series in the UK is my very Western romantic suspense series. Publishing can be a surprising business!

What is your reader profile?
I guess it’s no surprise that most of my readers are women, but I have some male readers as well, particularly for the rugby series and the suspense books. I have quite a variety of readers, some who only read romance and some who almost never read romance since I include more “general fiction” elements in my books (humour, family relationships, and some murder and mayhem just to shake things up).

How did you get the idea for the tour?
I had a lot of reader requests for a tour that I would lead, but I knew that wasn’t happening! Too nerve-wracking. I was put in touch with Sharron Hickman of Exclusive Tours, and the rest was easy. All I have to do is show up a couple of times and talk a little; Sharron does the rest. And apparently, there is now another tour planned for next year.

How do you produce so many books in such short succession?
I’m actually not all that fast compared to many successful full-time writers I know; about four or five long novels a year at this point. I do admit that I write and edit every day, seven days a week, while I’m working on a book, but that’s mostly because once I get the idea, I want to write it and see what happens.

It takes me about six to eight weeks to write a book, a couple of weeks for editing, and a couple of weeks to think up the next one. It’s not very hard, though, compared to a real job, and it’s a lot more fun. It’s just having the discipline to sit down and get it done, like any work.