Inside the world of ultra-marathon running 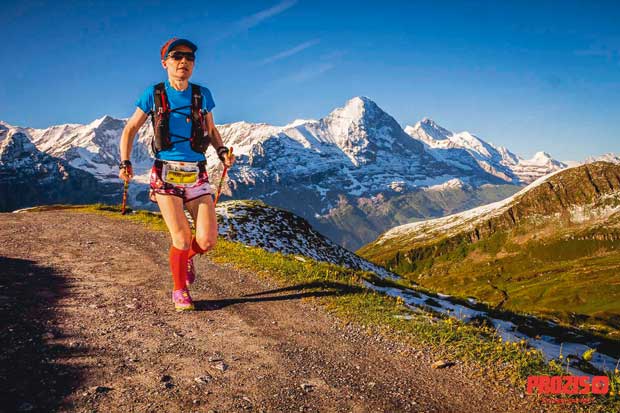 Take a walk in the well-worn running shoes of Fiona Hayvice, one of the world’s top ultra-marathon athletes.

There’s a lot that can be done in 10 hours. For most, it’s a full working day with a little traffic either side. Three meals can be enjoyed, a road trip taken or one could jump on a plane and touch down in Kuala Lumpur. Top ultra-marathon runners like Wellington’s Fiona Hayvice find themselves running 100 kilometres.

Fiona’s used to people doing a double take when she tells them the extent of her passion for long-distance running. “People think I’m pretty crazy. But a good, interesting crazy – they’re quite intrigued.” Their eyes widen as she explains that she only took up the sport in 2010. Her ultra-journey started when a friend was looking for company for a 250-kilometre self-supported event across the Gobi Desert. “I really had no idea what to expect, I was extremely green.”

In 2011, Fiona completed her first one-day event, the Tarawera Ultra-Marathon. She then took time off to have son Spike. By the time he was six weeks old, they were pounding the pavements as a pair; pushing the pram turned out to be excellent strength training, especially as he got older. By 2014 Fiona was back competing in local events; in 2015 she took on Australia; and 2016 has been the year of world domination.

Currently sitting at number two in the Ultra-Trail World Tour rankings, Fiona is at the top of her game. But despite the toll on body and mind, she wouldn’t have it any other way.

More stories you might like:
Murder, she wrote: How Vicki Virtue's love of detective novels turned into a career of cliffhangers

“Trail running is softer on the body than road running, and it gives me a chance to escape the pressures of everyday life. I live in Wellington city, so when I hit the trails I gladly embrace the scenery and isolation. There’s a very real sense of freedom.”

In 2015, Fiona enlisted a coach (Scotty Hawker, a renowned Kiwi ultra-trail runner). During the week, she throws herself into a mixture of hill repeats and speed sessions. Come the weekend, when most are lolling in bed, Fiona straps on her backpack and heads out for a casual 25 to 50 kilometre run. “When I get home, I just crack on to the rest with the day. My body is used to it now.”
Despite the long distances and physical stress of the sport, Fiona had managed to stay injury free, until a recent race in Salzburg.

“I felt comfortable running in first place until about the 60-kilometre mark, when I suffered from severe cramping in my left hamstring. I’d never experienced anything like it before, the pain was excruciating. I really had to fight hard to ward off the voices in my head suggesting I should call it a day, but I kept pushing and ended up in third place.”

Ultra-marathon running is a constant physical and mental battle. “A lot of people drop during races as they haven’t prepared mentally,” Fiona explains. “Half of the mind is saying ‘stop, you can’t do it’; the other half is saying ‘keep going, you can make it’. You have to recognize that there are highs and lows, and know the lows will pass.”

More stories you might like:
This Toyota Corolla KE26 stole a Hamilton woman's heart so she took it down the aisle

As hobbies go, ultra-marathon running is expensive in regards to both time and money. Fiona’s adventures and achievements are all self-funded; though she has five brand sponsors who assist with shoes (a must), clothing and nutrition.

“My husband Todd was watching sponsored athletes on the news the other night, and turned to me and said, ‘I think you’re in the wrong game.’ This is still a relatively new sport in New Zealand so who knows, hopefully one day…”

It’s a new sport but one Fiona’s excelling at. She has just been announced as one of three athletes to represent New Zealand at the IAU Trail World Championships in Portugal in October. She has covered hundreds of kilometres already this year, including four competitive 100-kilometre races. All this while also working as marketing and online manager for YOYO Design by Kiwis (yoyo.co.nz), the furniture and home-wares business she and Todd founded.

“It’s been a whirlwind ride; one I never envisaged when I first started out. However, once I got going I recognized that dedication and perseverance could offset any lack of natural ability. Aside from competitive success, I love that I’m travelling to new corners of the globe, experiencing different cultures and meeting many like-minded souls – it’s one big adventure”.

STRAP ON SOME SHOES

Ultra-marathon running is classified as anything over the standard marathon distance of 42.2 kilometres. Fiona’s discipline is trail running, which avoids the tarmac. Instead she traverses through a huge variety of natural terrains.

“Anyone with the right mindset can become an ultra-marathon runner. It’s all about laying down a foundation and then backing yourself. Like anything start small, slowly increase the distances, and once you have a reasonable base, start to integrate more specific hill and speed sessions. Ultra-marathon running is a mental game; runners need to decide that this is what they want and completely focus on it. Pick an event and work towards that – having a tangible goal is key.”