The Insider’s Guide to Lake Waikaremoana 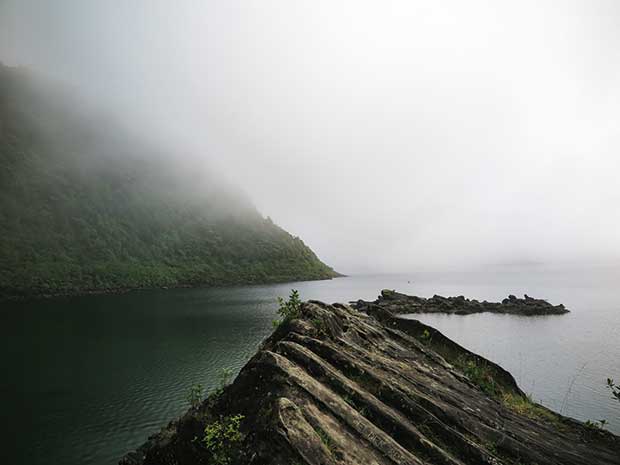 Te Urewera is a place of great beauty, a place of refuge and a place of conflict. It’s a mysterious land; drifting fog curls around the ancient tree tops, waterfalls thunder into glassy pools and Lake Waikaremoana offers fleeting glimpses of secrets beneath its dark surface.

Lake Waikaremoana, an hour by car from Wairoa, is one of many jewels in Te Urewera. Visitors come for the Great Walk and fall under its hypnotic spell, entranced by tales of children of the mist, of its turbulent history and hints of what might be yet to come. It’s a special place; linger longer, discover its depths and learn how to give back to the whenua. 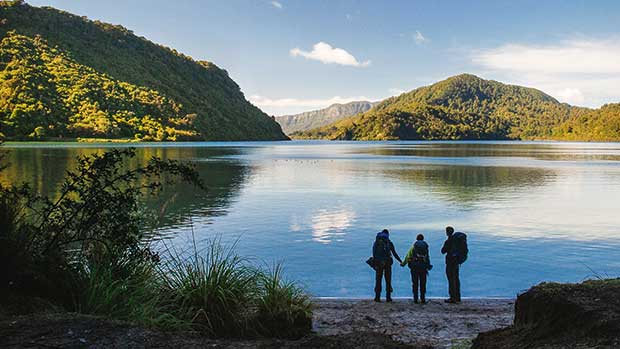 While a day trip to Lake Waikaremoana is worthy of the time and traveling expense, to really get to know the land and let it gently seep into your soul, embark on the 46km Lake Waikaremoana hike, one of New Zealand’s nine Great Walks.

DOC recommends completing the hike over 3–4 days, but it is possible to walk single sections: talk to David Dodds (see page 45) about transfers or visit lakewaikaremoana.co.nz/water-taxi for shuttle schedules. The track departs from Onepoto Bay and ends at Hopuruahine Landing, but can be walked in either direction. That decision really comes down to the ascent of Panekire; if hikers prefer to get the climb to the top of the 1100m bluff over and done with on day one, start at Onepoto. Rather leave it to the end? Start from Hopuruahine Landing. Don’t worry, while the climb is steep, the views from the top will distract from aching legs.

The track is well maintained but invest in good shoes and get some training in before starting out. There are five huts and five campsites along the way; all must be booked in advance via greatwalks.co.nz. Cooking facilities are limited, so plan well and come prepared. In September 2014, Lake Waikaremoana and what was Te Urewera National Park was replaced by a legal entity named Te Urewera. Te Urewera is not owned by Tuhoe (the local iwi), nor the New Zealand government; it belongs to all people and Tuhoe are the guardians. The Te Urewera Act, part of the Treaty of Waitangi tribunal settlement, was an international first – and the world’s gaze is focused on the region, waiting to see what develops.

Tina Wagner is just one of the local residents working at Manuhiri Visitor Experience, Te Urewera’s newly opened information centre at Lake Waikaremoana. She was born and raised in Te Urewera, later moving to Wellington for 10 years where she had a variety of jobs, including working in Parliament. She returned home when her mother asked her to be there to support their land claims process. “Many felt relief when the Te Urewera Act was recognised,” says Tina.

“As Ngai Tuhoe, we were raised to stand in fight mode, and now that time has passed, we look toward the future. Where we were distant, our children will become more familiar with Te Urewera. We have a strong future. We’ve been sheltered in the past but now we have to be active and uphold Tuhoe, however we can. I love my home, and now it falls to us to protect it, to raise awareness, to treat it better than before. We feel inspired, and invigorated.”

“I’m proud of who I am, and proud of my Tuhoe-ness. Don’t fear Tuhoe – we are an important part of Te Urewera. Papatuanuku was the first, and we are the last. Te Urewera reminds us to always be humble; there are far greater things here than us. The trees, the birds, they all came before me. We have to elevate that, and give value to the whenua, set principles that we all live by. Te Urewera is going to be here long after us. It has witnessed and been a part of our history, and will be our future.” No matter what brings you to Lake Waikaremoana, you’ll eventually be led to David (Dodsie) and Tegwen Dodds. The couple own and operate Lake Waikaremoana Water Shuttle, ferrying trampers to and from the Great Walk track, and offer accommodation in a renovated cowshed on their nearby property. Dodsie is also a popular fishing guide who has been visiting the lake for as long as he can remember. His business started accidentally; his offers of taking people out for a fish gradually became a job that he loves. “I first started coming here when I was 10; my great grandparents arrived in the 1890s by horse and buggy. It’s an incredibly spiritual place, an important place. I’m insanely in love with it. There are so many stories; so much history.” 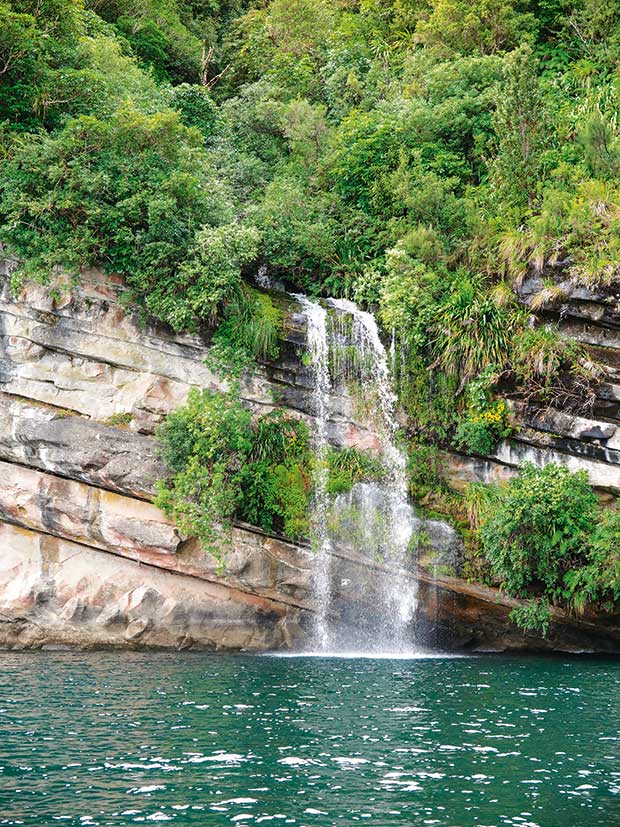 One of Dodsie’s passions (other than fishing for trout) is sharing a glimpse of what lies beneath – a 2,200-year-old petrified forest. More than two millennia ago, Lake Waikaremoana was formed by a huge earthquake. The existing river was blocked by an enormous landslip and the waters rose, smothering the forests and committing them to a watery grave. In the perfect light, on just the right angle, it’s possible to see the enormous petrified trunks, some potentially 200ft tall, 25ft below the water. Dodsie knows all the tricks to illuminate the trees beneath – from donning polarised glasses to swinging the steering wheel wildly in circles while praying to the lord above.

A couple of thoughts come to mind on arriving at Lake Waikaremoana Holiday Park. Firstly, it’s hard to imagine a more beautiful view. Secondly, who on earth were the first brave souls to make this trip back in the early 1900s? It’s twisty enough getting here in a 4WD, let alone by horse and cart.

Luckily it was a car that brought Derek Brenchley and wife Petrina to Lake Waikaremoana from Wellington four years ago. Together they operate the holiday park and the onsite shop. Derek used to come here as a kid, and little has changed since then. Many families return year after year, from one generation to the next.

Mobile phone coverage is limited, although strangely enough there is reception on the lake. This is a good thing – who needs a screen when there’s a picture as pretty as a screensaver right outside the front door? The shop supplies everything needed for a quiet weekend away: two-minute noodles or other easy one-pot dinner options, insect repellent (a must) and a library of puzzles and books.

Unpowered sites are $18/adult, powered $21/adult. There are also bunk rooms (all named after fishing flies), self-contained units and huts designed by renowned New Zealand architect John Scott, which sleep 4-5. Although the huts were renovated in 2017, they retain the look of the 1978 originals.