Is your chicken gasping for air? It could mean it has gapeworms 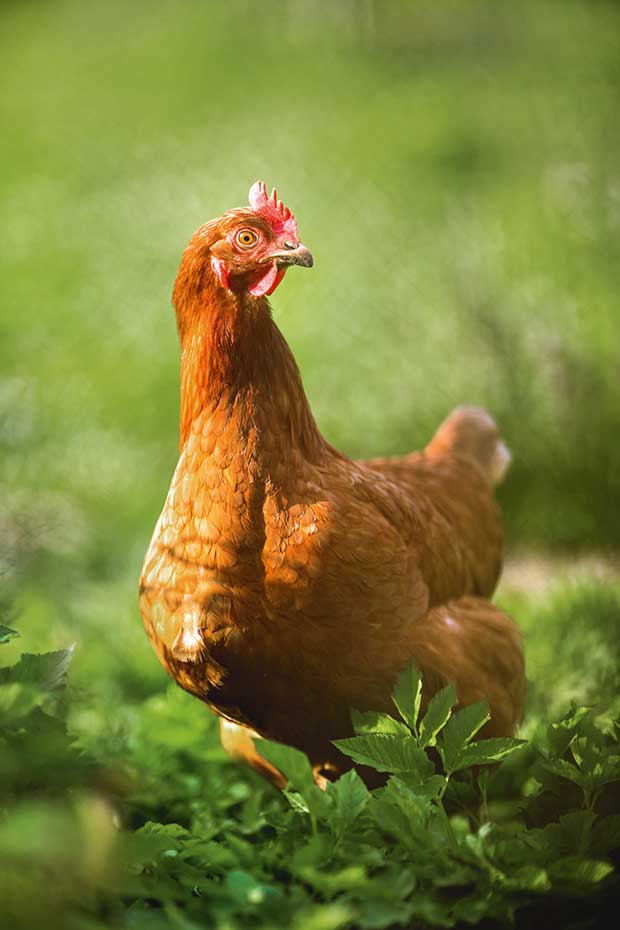 There is one particularly nasty parasite that can cause symptoms which are often confused with a respiratory infection.

Gapeworm eggs sit in the soil and are ingested by poultry while feeding. Earthworms also eat up the eggs, which then hatch inside a bird when they eat the earthworm. The gapeworm larvae then move to the trachea (windpipe) and attach to it.

The thread-like larvae cause a bird to cough and gasp with its neck outstretched, its mouth gaping open, while hunched up. If you use a bright torch and look down a bird’s throat, you might even see the small reddish worms in the windpipe.

The clue that it’s gapeworm is that other respiratory symptoms – runny eyes and nose, chesty gurgling – will not be present.

Not all worming products will kill gapeworm. Products containing levamisole (Aviverm for large birds) or flubendazole (Flubenol) used at the correct dose should work. You can buy these products on Trade Me, from poultry supply stores, and in some vet clinics.
Nb: ivermectin products will not treat gapeworm.

It’s important to treat the entire flock at the same time, whether or not they have symptoms, as it’s likely most birds will have gapeworm. Aviverm and Flubenol are added to water; if birds are reluctant to drink, add a little cranberry juice to disguise the flavour.

Autumn and winter are good times to treat for gapeworm, regardless of whether birds are showing symptoms, so you don’t have to throw away eggs due to withholding periods.

A gapeworm infestation is more common in birds under one year old. It’s important to rotate where you raise chicks and pullets so they aren’t forced to be in an area where adults birds may have contaminated the soil. Sunlight, the addition of lime, harrowing, and ploughing all help to reduce a worm burden in a pen or run.

More stories you might like:
40+ signs of a vitamin-deficient chicken (plus how to ensure your chooks get enough vitamins)

It’s also important not to over-stock an area, as this can lead to an infestation of gapeworm that will be harder to control.

Flubenol: also kills roundworms and tapeworms; treatment is over seven days; no withholding period on eggs or meat.

Aviverm: also kills roundworms, cecal worms, and hairworms; treatment is for one day; 7-day withholding period after dose for eggs and meat.

READ MORE: How to recognise and treat respiratory problems in chickens 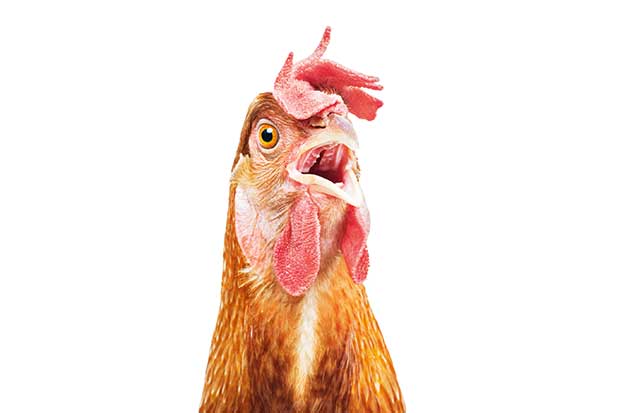 There are other reasons a bird may have respiratory problems that are not caused by viruses or bacteria.

Canker (roup)
This is caused by a protozoan parasite, and more frequently affects pigeons. It can be passed onto poultry from infected water and causes lesions in the mouth and throat.

Aspergillus
This can affect chicks developing within the egg. Fungal spores, commonly found in wet and mouldy hay or straw, can enter through the pores of the shell and grow inside a warm, developing embryo. Affected chicks will hatch but will start gasping in the first couple of weeks of life. They may also have swollen eyes, cheesy matter in the corner of their eyes, diarrhoea, twisted necks, and suffer from convulsions.

They will often die. If you perform a necropsy, the lungs will appear a greyish-yellow colour.  Older affected hens will also gasp and wheeze.

It can affect people too, where it is known as farmers’ lung. People most at risk will be working in dusty areas where mouldy hay or floor litter contains the aspergillus spores. When you are cleaning a coop – even a small one – it is very important to use a sprayer to mist down the walls, roof, and floor of a coop with water before you clean it out to prevent dust. Always wear a dust mask or respirator and goggles when cleaning out a coop.

Organophosphates
These are chemicals used in insecticides, and they have a narrow safety margin when it comes to poultry and other animals.

One common symptom of toxicity in poultry is respiratory distress – shortness of breath and gasping, discharge from the nose – but it is often misdiagnosed as an illness, not poisoning. The first symptoms to appear include drooling, tiny pupils, diarrhoea, twitching of limbs and eyes, then breathing problems and collapse.

In livestock, the most common symptom is severe depression. In pets, it’s severe depression, then seizures and collapse. Symptoms may be mild, depending on the dose. They can be apparent within minutes but may take up to two days to show.

Ammonia
High levels of ammonia – a gas produced in wet manure – can cause conjunctivitis and ‘ammonia blindness’ which presents as weeping, sore eyes. This can be a problem when birds are confined in a coop and the floor litter becomes wet due to condensation or spillage from drinkers.

The smell of ammonia is distressing to a bird as their sense of smell is far more sensitive than that of humans. If you get a whiff of ammonia, it’s time to clean out the coop, and adjust management techniques to ensure it stays dry.