Jim Kayes’ blog: How to be an ace of cards


Jim Kayes has been a journalist for 25 years. He survived growing up with four sisters and is now married with two daughters. This week he takes losing with good grace and a pile of soft cushions.

“Dad,” she asked with a straight face, “are you sure you know how to play this game?”
It was a harsh but admittedly fair question given the pummelling I was receiving, losing hand after hand to the 11-year-old cards fiend.
It’s not the summer holidays if there hasn’t been a decent storm and I haven’t had my butt kicked at cards by my youngest daughter.
The older one is pretty handy too, and their mother is a card shark of long standing, but it is the youngest who dominates and delights in dealing to me.

“What can I say,” she said after yet another pasting, “I was born with good luck. It’s like I found the end of the rainbow”.
Her game of choice is called “Scum” (I think there is a better name but I don’t know what that is) and you finish as president, vice president, vice scum and scum depending on how many players there are. 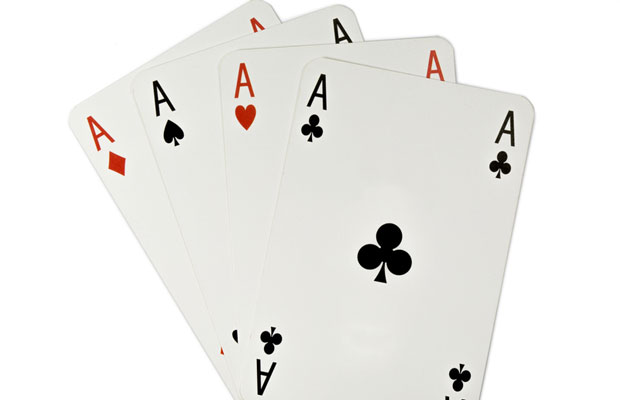 “It was the sort of weather that has parents in confined spaces with children looking across the tiny room with fear and panic.”

Then, in the next hand, the scum has to give the president their two best cards and receive the president’s two worst.
I am forever handing over my decent cards to a child in fits of laughter and asking if I need a cushion for my posterior.
It’s the same in Last Card and, even though it’s not a card game as such, Monopoly Deals which is a superb cards’ version of Monopoly.
Card and board games are a huge part of summer for our family especially as New Zealand delivers a decent storm with the predictability of overeating on Christmas day. This year we were in a cabin (thankfully not a tent) at the Top 10 campground in Waihi when the big storm of early January struck.

It was the sort of weather that has parents in confined spaces with children looking across the tiny room with fear and panic.
Cabin fever is bad enough with adults – it’s a bickering, nasty disaster with children.
It was cards that saved our sanity. My wife is, on initial meeting, presumed to be quiet and shy but she is anything but that, especially when there’s a game to be had. We’ve tussled over scrabble for two decades, had fierce games of squash and battled at cards hours on end.
When she’s losing, a game is said to be “dumb”, and we’re all told to hurry up because she’s bored with it.

Pre-kids we spent a month travelling from Whitianga down the East Coast to Wellington, camping along the way in a two-person tent.
At Tolaga Bay we were confined to the tent by a raging storm. We turned first to cards but then switched to Yahtzee, the dice game that is more luck than skill. As I worked my way through winning six consecutive games and she had nowhere to escape to, it was a rare moment of pure success.

These are to be celebrated and the story to be re-told as often as possible because such victories are fleeting.
So it is with the girls. When I win, I win big and may be heard to proclaim in a loud voice “Oh, will someone bring me some competition”.
I used to regularly win at gin rummy – the card game taught to me over fudge cake and milk by my grandmother – but even that is now uncertain ground to tread on.

The girls, perhaps because they are good at mathematics, or just lucky, seem to read the patterns and count the cards, while my wife delights in putting no cards down till she has the game won which is far from sporting.
The youngest has clearly inherited her mother’s card shark nature and combines that winning gift with the infectious joy, she brings to everything in her life.

And a bit of cheek too. The other day she declared she’d get the cards ready and when I walked into the room my chair was loaded with soft cushions.

“You’re going to need these Dad, we both know that,” she giggled.
With her, it’s still fun when you’re getting your butt kicked.