Jim reflects on present etiquette — is it okay to shake the presents under the Christmas tree?

Some presents have already appeared beneath the Christmas tree to the delight of our inquisitive girls. Several presents are without a name prompting the eldest to ask, with a gleeful smile, who they are for. “You’ll have to wait and see,” their mother replied.

“I’m going to google the weight of the things we have asked for and see if they match,” came the cheeky reply. This reminded me of my older brother – he loved giving presents but was also a first-class detective in the weeks leading up to the big day.

He was a shaker of presents and would give them a decent poke, prod and squeeze. He was also annually accused of making small tears in the corner of the wrapping to see what was inside. His curiosity wasn’t only for his own gifts. He was as much intrigued by what others in the family were about to receive as he was in his own presents. As the wider family has grown older we’ve cut down on the gifts given to cousins, nephews and nieces and within our own small family, we have tried to improve the quality over quantity. 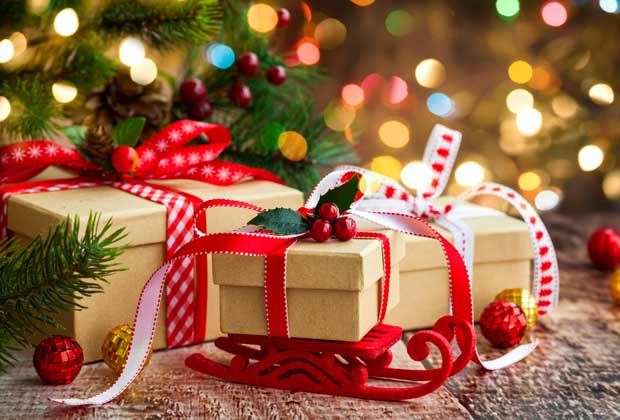 We’ve tried, as parents, to ramp up the thought the girls put into buying and giving gifts. To the eldest, who has had a part-time job at a fast-food joint for more than a year, we’ve made it clear she can pay for more of the gifts she gives.

She was keen to give her little sister a hat but was just as keen that I’d pay for it. “She doesn’t pay for her presents,” the eldest protested.

“And you didn’t at 12 either,” I replied. “You’ve got a job, so it’s good for you to use some of that money to buy things for other people.”

“But that means I’ll be paying for presents four years longer than she will, which hardly seems fair,” she said, as she’s four years older. The logic made me pause but thankfully a mate who was with us at the time chimed in. “Yes, but you had four years where you were mum and dad’s sole focus and now they share that focus on both of you,” he said. It was a superb response I thought.

She replied with a piece of my own wisdom, that was told to me once by a child psychologist we lived near in Wellington. She said children remember nothing from before they are four. And my daughter repeated the line.  It was a good comeback but it also prompted me to think of some of the other bits of information and advice that the psychologist passed on to me when we’d bump into each other in the street, me pushing a buggy.

The most fascinating thing was when she explained a very young child’s behaviour during playtime. Studies had shown that after a certain length of time a child left playing on their own would want to be picked up by their parents. It seems the simplest of things. Sight and touch. She also said that all children need cuddles and when your child is angry, cuddle them even if it’s difficult to do so.

As the girls have got older my wife and I have tried to make hugs and kisses a regular part of hellos and goodbyes. And at Christmas, it’s worth remembering the best present we can give each other is our time.

I was in Rotorua last week for work and stayed with my sister and her family. Three of the kids had their school show on one of the nights I was there. I’ve endured some appallingly bad shows over the years, and loved some other ones, so went knowing it could be a long, tedious hour. It wasn’t, and their reactions to me being there was another reminder that being present is a big present.

We do, though, all enjoy getting gifts and even though my wife keeps saying we aren’t buying for each other this year, I know she is. I despise shopping but I love buying the girls and my wife things. It’s a contradiction, I know.

I’ve bought all their presents but they are hidden away. They’ll appear under the tree closer to the time to prevent the shake, rattle and roll the kids use to try and detect what’s inside.

“Put that down,” my wife told the eldest the other night.