Jim Kayes has been a journalist for 25 years. He survived growing up with four sisters and is now married with two daughters. Despite this, he generally thinks he’s in charge – except this time he knows he’s way out of his depth

It was a moment of madness. Well, two moments actually.
The first email simply said there were more teams than coaches and if any parent could help, then please let the school know. The second email was eerily similar.

I should have spotted the pattern. Should’ve known better. I’m reasonably intelligent. How did I not see what was happening? Fool. My reply was carefully worded, I’d thought. The key part of my response included the phrase “if you’re desperate” which I thought was a nifty little safety net. It was my way of saying, “Hey I’m here to help, but we all know you don’t want my help”.
Somehow they missed that bit. Quick as a flash the replies bounced into my inbox – if they made a sound, those emails made a chuckle. A knowing chuckle. A chuckle that says “You idiot, do you really know what you’ve let yourself in for?”.
Suddenly, unexpectedly, I was a school netball coach. Not of one team but two. One for Year Sevens (form one if you’re of that age) and the other Years 11-13.
Fool. Why hadn’t I just ignored the email like every other parent seemed to do? Why did I respond when it said “we are 12 coaches short”. That team, my eldest daughter’s team, they know how to play properly. I’d be exposed as a fraud I was just minutes into the first training session. 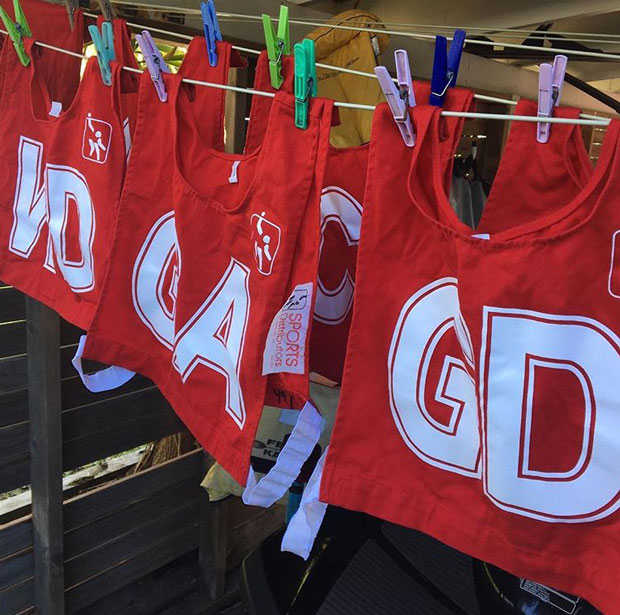 What I know about netball can be written on a small postage stamp with plenty of room to spare. Rugby, no worries. Basketball, yep, I can do that. Netball? I played a couple of seasons of the indoor stuff with one of my older sisters when I was in my late teens. I thought I was pretty good. She’d played the real thing, at a representative level. I remember her saying it was like watching a bull on roller skates try to play rugby on a netball court. I don’t think that was a compliment.

More terrifying than facing 10 girls aged 11 or 12 who expect you to know what you are talking about, is dealing with their mothers. Yes, their mothers. Dads don’t seem to interfere in netball. They might in rugby, cricket, football and other sports, I don’t know. I have netballing daughters.

Some Mums at netball are a bit like a toddler with a dirty nappy, screaming in hunger. There’s simply no avoiding them and you know, at some stage, you’ll have to deal with what’s in the nappy.
There are any number of things that can go wrong when you coach kids at netball, starting with playing their daughter out of position, or not playing them enough.

You see, while I know it’s the third team at an intermediate school and the fifth senior team at a college, others are far smarter than me. They know it’s actually the Silver Ferns I’m coaching.
Every minute counts. Their daughter is destined for stardom. I’m holding them back (that part, at least, is absolutely true).

To be fair, I’m very lucky. Both teams are actually pretty easy to coach and so far no Mum has lined me up with the 1000 yard death stare reserved for errant husbands and netball coaches. I’ve been saved, so far, by a carefully prepared substitutions plan that would make NASA’s launch codes look easy.

Winter ailments help too because with girls away each week it’s easier to juggle who plays and when. Never before have I been so happy to see kids temporarily knocked over by the flu.
And while I ride every second of every game, quietly tearing my hair out that the superbly constructed drills and plans we’ve practiced aren’t executed with silky precision, the girls in both teams are pretty nonchalant.

I’ve told them my two rules of coaching. The first is that when I’m talking they aren’t – a rule followed by everyone except my daughters.
The second rule is that we are there to have fun. Sport is meant to be fun. We aren’t the Silver Ferns (not with my coaching) and sport gets serious enough later in life, so at this age and stage, we are there to enjoy it.

And they do. Win, lose or draw they enjoy it. Which is great.
What’s also cool is how some of them call me coach. “Thanks coach,” they say after another training session chock full of some of the best netball knowledge known to, um, me.

It’s a cool buzz. “Coach”. I have to admit, I quite like it and I mention it to my eldest daughter as I toss the bag of balls and bibs into the back of the ute.
“Yeah,” she says innocently, “you’d think after this many weeks they’d know your name by now.”