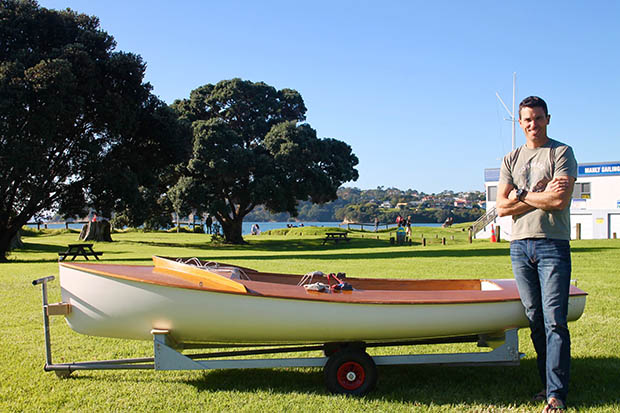 Matt Mitchell with his own Zephyr.

Matt Mitchell has sailed in six America’s Cup campaigns and been in the winning team three times – Team New Zealand, Alinghi and Oracle Team USA. As the 35th competition for the Auld Mug takes place in Bermuda, Matt is a world away sanding and polishing the wood of a 63-year-old sailing dinghy in the garage of his Hibiscus Coast home, north of Auckland. He spent months restoring his pride and joy before taking it racing again. And race she did, the old Zephyr 9 blowing away the opposition when it was sailed by Kelsey Gager in the 2016 National Champs, winning against a fleet of 86.

You would think, to hear him talk, to see the engaging smile that lights up his face, that Matt was back in the America’s Cup that dominated his life from 1995 when he sailed with One Australia through to being part of the Oracle team that came back from the brink of defeat to beat Team New Zealand in San Francisco in 2013.

“The thing I enjoy the most with the wooden boats is that you need the boat to look like a grand piano – it has to be beautiful to look at; but it also has to be fast and reliable.” 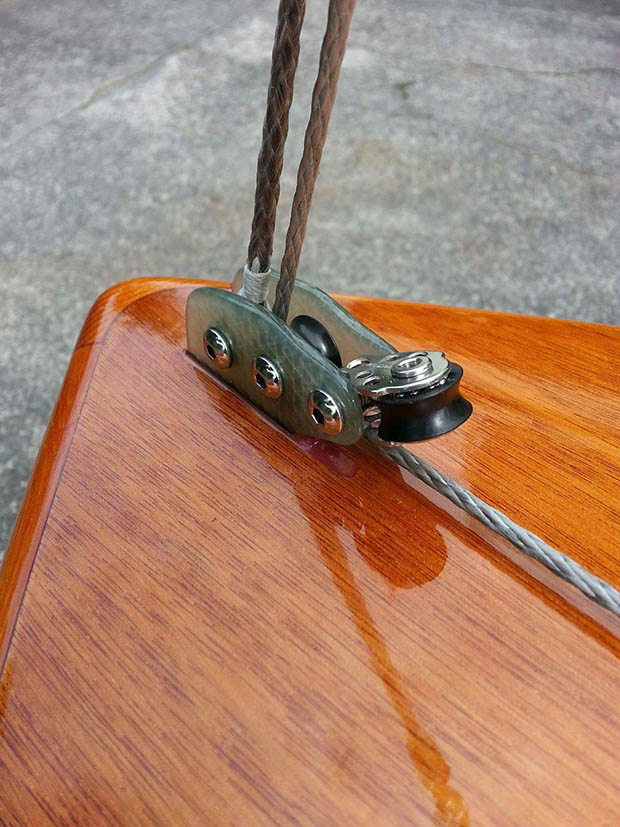 Matt knows plenty about speed and reliability from a lifetime of racing – usually at, quite literally, the pointy end of the boat. As a bowman it was his job to select the sails and determine when they were hoisted.

“There’s an old saying that the bowman doesn’t win races, but can lose them. I had 13 sails ‘in the sewer’ and you had to get it right. I loved the mechanics of it and the choreography.”

However, as the America’s Cup has become less about conventional sailing and more about a more Formula One-style of boat Mitchell’s role of bowman all but disappeared. 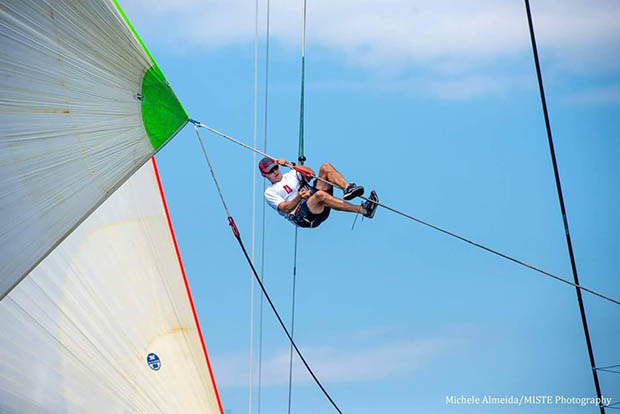 Matt at work as a bowman on a J Class boat.

In the case of Team New Zealand, the yachts are even crewed by helmet-wearing kevlar-protecting cyclists not sailors. For Matt, it was perfect timing for him to step away from the international world of America’s Cup racing to spend more time at home with his family and to build up his boat restoration business. He’s enjoying the return to the trade he learnt as a teenager.
“I tried to leave school in the fourth form because I wanted to be a boat builder. But I was told to “Go and get my School Certificate”. I was hugely disappointed but I did it.”

He stayed at Orewa College and finished the Fifth Form before taking up a boat building apprenticeship with Kerry Alexander. For the first 18 months, he swept floors, sanded boats and made cups of tea. “I made sure I never quite boiled the billy properly when I made the tea. It was my passive resistance to having to do it.” 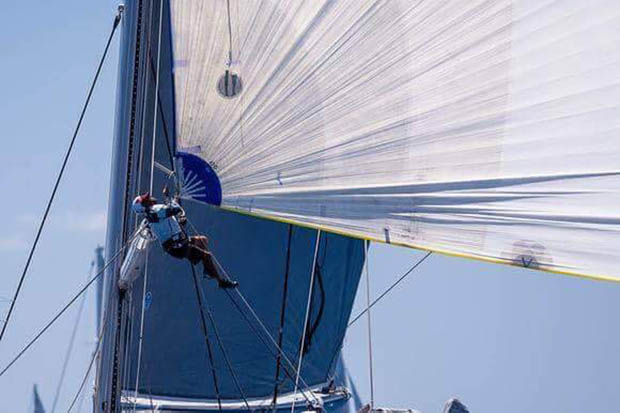 As he slowly worked his way through the ranks and learnt his trade, Mitchell saw many boat builders go bust and realised it was (at the time) a flawed business.

“The owners would pull up in their Mercedes and they’d want the boat to be a Mercedes but they only ever wanted to pay for a Toyota. It’s no wonder boat builders were going out of business.”

Mitchell started sailing at the Manly Sailing Club on the Hibiscus Coast when he was little and still finds the lure of racing hard to resist. His international career kicked off after a couple of false starts. He’d sent his resume to Rod Davis who was running John Bertrand’s One Australia campaign in San Diego in 1995.

“They sent the resume back three or four times and I’d return it with the message ‘Wrong answer, please re-read’.”

He then switched boats to Team New Zealand, helping win sailing’s oldest prize in 2000 and was on board when it was lost in 2003. He won it four years later with Alinghi, then lost it with them in 2009, before winning it with Oracle in 2013. 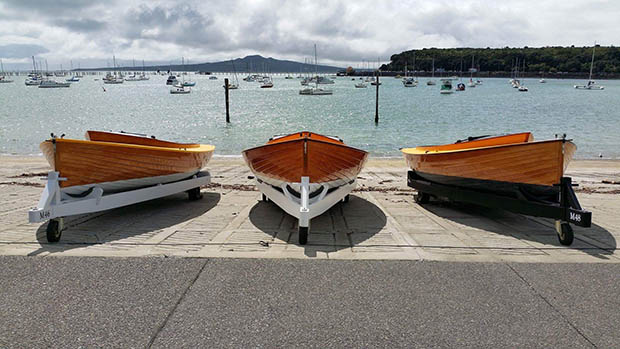 Having seen boat building go through tough times in his younger years, Matt, 45, is happy to be working with owners who see value in his work.

“It’s discretionary spending for them and you’re working on something they love, which is nice. I don’t find the work difficult, but that’s because it’s a skill I was taught. It’s cool that something I was taught 25 years ago is still applicable today.”

Cool too that his garage full of boats will not only look good, but like his old America’s Cup boats, they’re quick too.

More stories you might like:
C’est si bon in Hastings: The couple behind Y'a Bon French Baker celebrate love, food and living the French way
Discuss This Article