Jim Kayes has been a journalist for 25 years. He survived growing up with four sisters and is now married with two daughters. This week he is on strike to help improve his daughters’ usefulness around the house.

The keys to the ute are staying on the hook while the laundry baskets remain sitting, full, in the hallway and the dishwasher fails to empty itself.
I’ve gone on strike, sort of, in an effort to jolt the girls into bucking up their acts when it comes to helping out around the house.
I delivered a good rant the other night about the need for “proactively doing chores” based on the fact I was sick and tired of asking them to do stuff.

There is a huge amount of irony here as any one of my sisters will be quick to point out because housework and me were like a fish and a bicycle when I was a teenager.
I can distinctly remember being dropped home after probably another rugby game, and as my friend’s mum eased down our long driveway, it started to rain.

She saw that the clothesline was full and said, “You’d better get those in before they get wet.” She might as well have asked me to fly to Mars. The thought of bringing in the washing simply didn’t enter my teenage brain but, embarrassed by her suggestion; I did clear the clothesline. I left the basket in the lounge confident someone would fold the clothes and that, if any of them were mine, they would miraculously appear in my untidy bedroom at some stage.

More stories you might like:
Lucy Corry's Blog: Is there such thing as too much ice cream? 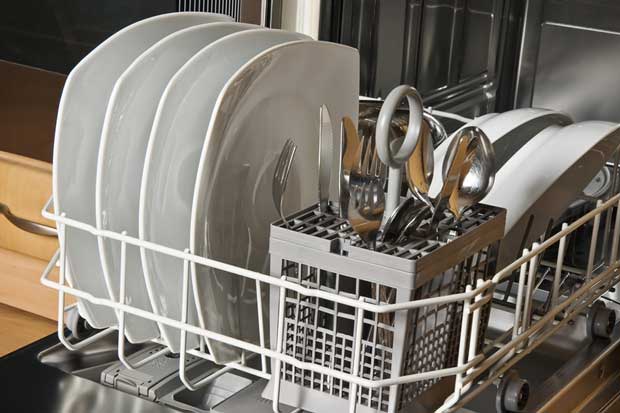 Fast-forward a few decades, and I’m the undisputed king of the laundry in our house. I’ve got hanging out clothes down to a science and am often heard muttering about the inefficient way my lovely wife hangs clothes (on the rare occasions she ventures out to the line).
I’m also the best in the business at stacking the dishwasher. These small claims to domestic duty fame only make my blood boil more when the same jobs are not done properly (get a hobby, Jim, I can hear you shout).
But in our far-too busy lives doing things once (so doing them right) is important – just as having everyone pitch in helps.

So I’m prone to ranting and raving at the girls about emptying the dishwasher, filling the dishwasher, wiping the bench, picking things up, putting them away… all the stuff that drives most parents insane. They seem such simple, logical tasks but from the blank faces that stare back at me, you’d think I was asking for Einstein’s theory of relativity.

My problem is I was well-trained, and my brother can take some inadvertent credit. I think it was fifth form when I inherited his 10-speed bike and the price was mowing the lawns for a year, and doing the breakfast dishes every school morning for the year.
He took delight in the second task and would spread his breakfast across as many plates as he could, often one weetbix to a bowl. He’s hilarious.

The lawns were more enjoyable even if they took an hour to mow because once going; you were left alone until the task was done. In a female-dominated family that was glorious because the only thing a teenage boy detests more than being told what to do by his sister, is being told he is doing it wrong.

Perhaps, though, that swings both ways because my daughters bristle when I suggest they could’ve done a chore better, another way. And, for the sake of my mortality, I learnt about 20 years ago never to make such a suggestion to my wife. 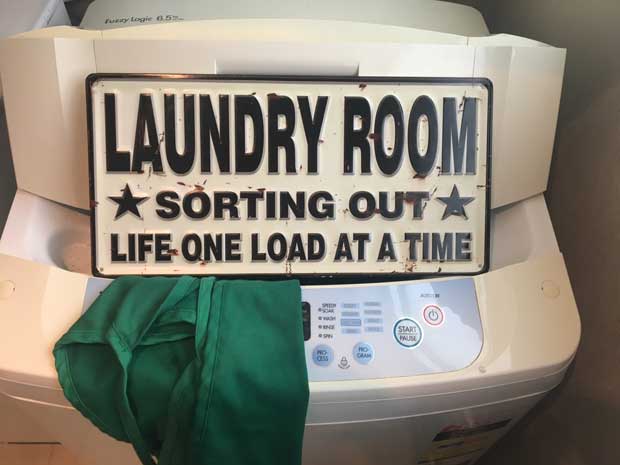 Mum used to suggest that rather than going for a run to get fit, I could exercise behind the vacuum cleaner or a mop. It was a nice try, and she deserved credit for that, but it was never going to wash.
And so it was that I found myself outside the girls’ bedrooms staring at a pile of damp towels on the floor.

“What’s happening with these?” I asked almost rhetorically. “Are they going to sprout wings and fly to the laundry?”
“No Dad,” came the sweet reply from the youngest. “We know that sooner or later you’ll get frustrated and take them there yourself.”
She has a point. It’s a strike, but not a very good one.