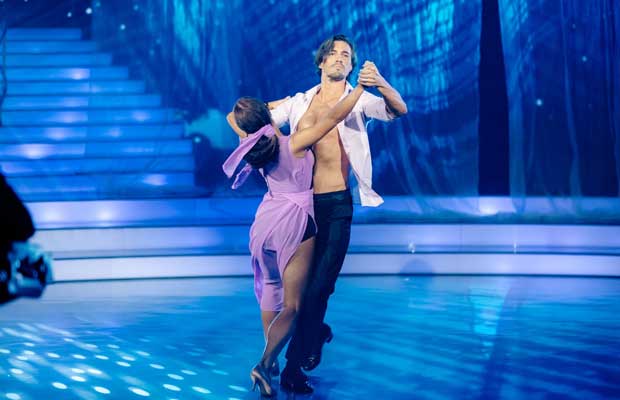 In the age of Netflix and infinite TV choices, it’s Dancing with the Stars which makes Jim’s family gather around the TV.

We slipped away the other weekend, my wife and I, to Wellington for two nights leaving the eldest in charge.

They coped, there were minimal fights and when we came home the house was tidy. The youngest, though, had turned the lounge around.

Interestingly the television was still the focal point even though she seldom watches it, preferring instead to do the bulk of her viewing on her laptop in her room.

It is the same with the eldest, who also has a laptop and mainly watches the family TV when surfing is on or Dancing with the Stars.

I’m not sure why that show has hooked her (The Block has too) but she enjoys watching it and I like watching it with her.

The youngest is a critic. “They can’t dance and they’re not stars,” she said, which is partly true.

Some, like former All Black Glen Osborne, radio host Randall (no last name in music radio) and William Waiirua are really good dancers, and as for the ‘stars’ bit, well they’re the best we’ve got in little ol’ New Zealand.

I must admit I watch for the dancing, but also to see if there are any train wrecks. David Seymour’s long presence on the show last year was a sort of torturous pleasure given how appallingly bad he was at dancing.

But that aside, I enjoy watching the telly with the girls because it’s so rare.

More stories you might like:
Jim Kayes' blog: My musical tastes are heading in One Direction (and that's downhill)

The television set was the gathering point for the family when I was a kid, largely because it was the main source of entertainment in our pre-internet lives.

Evenings were spent watching shows with the adverts used for a dash to the kitchen to make hot drinks or a quick loo stop.

Warnings were shouted when programmes returned and the question often asked: “What did I miss?”.

I have a strong memory of watching the finale of M*A*S*H in a full lounge with few dry eyes. It was the most watched programme in New Zealand for a long time.

My older sisters watched Dallas and Dynasty with mum, but I was packed off to bed because it was “too old” for me.

And Sundays were wonderful because there were no advertisements.

It was a simple life with a choice of just the two channels and Goodnight Kiwi signalling bedtime.

We have four laptops in our home plus a big computer, a big TV and four smartphones all of which can act as tiny TVs.

It’s a far cry from the black and white telly we had as kids that often needed a decent boot to help it warm up and with the rabbit ears aerials that were moved around the room till we got decent reception.

I can still vividly remember when we got an aerial on the roof – what a difference that made – and a colour TV.

But with our multiple screens, we’ve become solo watchers which is a pity.

Sometimes there are double ups as the girls might watch a movie together on Netflix and my wife an I enjoy crime dramas like Broadbeach and Marcella. But we seldom all gather to watch a show together.

The exception to that is DWTS but I worry it comes with as much a morbid interest in whether the ‘stars’ will fail as it does a genuine desire for them to succeed.
Favourites are quickly established (my wife likes Randall!) and we critique each performance as if we are more expert than the judges whose views we generally hold in disdain.

In fact, if we get it right we will start watching after the show begins and fast-forward through the judges – except for the mad bloke on the end. We like him for all his craziness and perfect posture.

The other night we were all on the couch watching as Mike and Randall showed off their abs only to have their quick steps and hip thrusts picked to bits by the judges (and my daughters).

I suggested they were being a bit tough and that Mike, at 53, was doing a lot better than I ever could on the dance floor – the two shuffles sideways and clap being my staple step.

“I’m going to make it my mission to get you on that show,” the eldest said in a comment that inspired raucous laughter.

“You’ll be funny trying to dance,” the youngest kindly offered. “That would be such a lol.”

We never had this problem with M*A*S*H.