Trapping rodents in the Waitākere Ranges is not as daunting as it seems, says bird-lover Jenny Wheeler.

There’s nothing glamorous about trapping rats, stoats and possums. Jenny Wheeler would know. The former journalist, first female editor of the New Zealand Listener and now mystery-romance novelist finds hauling carcasses quite the opposite of her writing career.

Every month, swinging a bag of chopped and frozen rabbit, Jenny tramps into the Waitākere Ranges to reset a three-kilometre line of predator traps along the Whatitiri Track. She’s been monitoring the track for a decade.

“It’s hard work ploughing through mud,” says Jenny, “but it’s just as hard to make a career as a fiction author. Trapping is great training for my other pursuits. I enjoy the physical expression of that kind of determination.”

The author of the historical romance series, Of Gold & Blood, is one of the hundreds who volunteer for Ark in the Park, an eco-restoration project in Cascades Kauri Park. “Others have invested far more energy than I have,” she says. 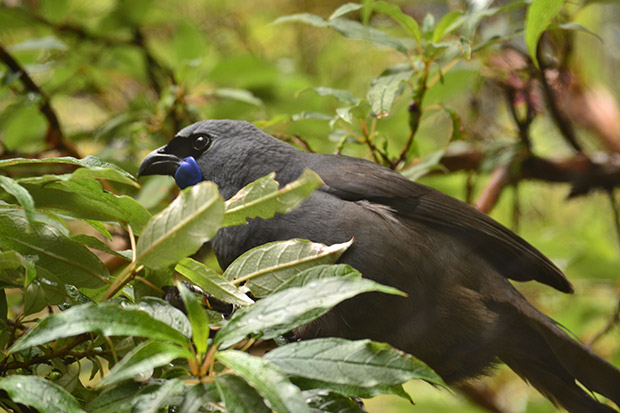 Kōkako have been successfully reintroduced in the Ark in the Park sanctuary.

The conservation partnership between Forest & Bird and Auckland Council operates 568 traps and more than 4500 baiting stations and relies heavily on volunteers to control the predator population. Two vulnerable birds, the north island robin and the kōkako, have been successfully reintroduced to the sanctuary.

“Whenever I hear birds singing out there, I think of my part in allowing those creatures to live. Without this programme, it would be utter devastation,” says Jenny.

Pest-trapping was not something she initially sought as a pastime. Jenny learned to trap while chaperoning her step-granddaughter, who was doing community service for a Duke of Edinburgh’s Award. “I just kept going month after month,” she says. “It became my time to be in the bush.”

It reminds her of being a child and running to keep up with her father in the rainforest. “I feel close to my dad when I’m in the bush — it’s a restorative time,” she says. The Whatitiri Track, on the Hillary Trail, is also part of the 3000-kilometre Te Araroa trail Jenny helped launch in the 1990s. “I love being part of that virtuous circle,” she says. 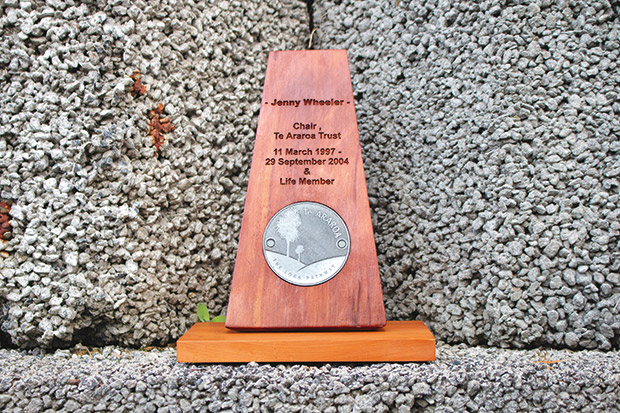 Native bush makes Jenny feel alive, and in a sense, so does the trapping. She goes to the gym regularly so she can easily reset the 20 traps along her route. Her reward is the solitude of the forest — but without much birdsong around, Jenny often catches herself imagining what the bush used to sound like.

“It will probably be a while before we have any idea of how New Zealand used to be. My English ancestors were very much part of that destruction process. I feel like I’m down the line, doing my part to help restore what was lost.”

Rats, stoats and possums are lethal to New Zealand’s native ecosystem. Ark in the Park, a fenceless, 2270-hectare conservation area in the northern Waitākere Ranges, is crucial in the fight against predators.

Kiwi and falcon have yet to return to the Waitākeres, but some species such as the kōkako can now survive in the pest-controlled sanctuary. Pest-trapping allows the bush to heal and return to its former glory, says Jenny.

“Trapping predators is part of the bush-regeneration cycle. The bush suffers if the birds aren’t there and the seeds aren’t dropped. The ecosystem doesn’t operate the way it was designed to without trapping.” Learn more at arkinthepark.org.nz