Phil Tataurangi first picked up a golf club when he was a child. Forty-something years later, 20 of those spent as a tour pro, the sport continues to enthral him.

Golf is a complex game; one made up of many moving parts — body, golf club, ball. Yet most crucial of all, it requires a still mind. And in that stillness, a player, particularly a top-class golfer, is hyper-aware of their body, attuned to its physicality and the myriad connections between muscles, ligaments, skin and bone.

Phil Tataurangi, who was a member of the 1992 New Zealand team that won the Eisenhower Trophy, and played professionally for 20 years, including on the PGA Tour, knows the feeling well.

“I remember a mental coach I worked with when I was a teenager referring to marathon runners as the most neurotic people because they had such a keen sense of awareness of every part of their body. It struck a chord with me. Not about being neurotic, but because when I was playing or practising, I could feel what seemed to be every muscle fibre in my body. There was this incredible sensitivity. I’d wake up and be hyper-aware of my body, right down to my little toe, even my pinky finger.”

That sensitivity was sharpened over many years playing golf — Phil had his first taste of the game when he was seven years old. His parents had left Auckland to teach at coastal King Country school Kinohaku and, on Saturdays, Phil would accompany his father to the local golf course.

Initially, the outings were about Phil hanging out with his dad, but gradually that changed. “I’d caddy for Dad in the morning; then while he was in the clubrooms in the afternoon watching rugby on TV, I’d take his clubs and chip and putt my way around the clubhouse or maybe play a couple of holes.” 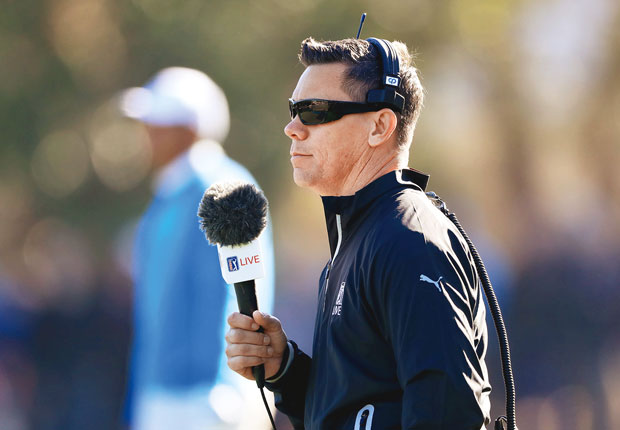 Although that was more than 40 years ago, Phil’s memories of his first attempts at golf are clear. “There’s an incredible sense of achievement when you first get the ball to fly. Swinging a club, connecting with a stationary ball, getting it in the air in the direction you want — it’s quite a complex task.”

Watching top players complete a golf swing is a thing of beauty. Forgetting about the likes of big-hitters such as Bryson DeChambeau, who muscles his way around a course, an expert golf swing is poetry in motion. It looks natural, almost effortless, despite the complicated mechanics of the swing, the many moving parts.

With enough practice, the body and club can combine to create a motion of perfect fluidity. “When a player and their swing is in harmony, it’s like a symphony of different things taking place,” says Phil. “Put them together well, and it’s beautiful.”

It’s not easy activating the body while endeavouring to keep the mind still, all the time knowing that perfection is unattainable, a wholesome but unrealistic pursuit. “It’s important to appreciate and enjoy the ‘really good’. You can become very successful in golf by being very good consistently.”

Enjoying the wins, physical and mental, has always been important. The joy Phil felt when his club struck the ball was profound, as was his sense of finding a sport that suited his personality. Growing up, he didn’t crave company or teammates. 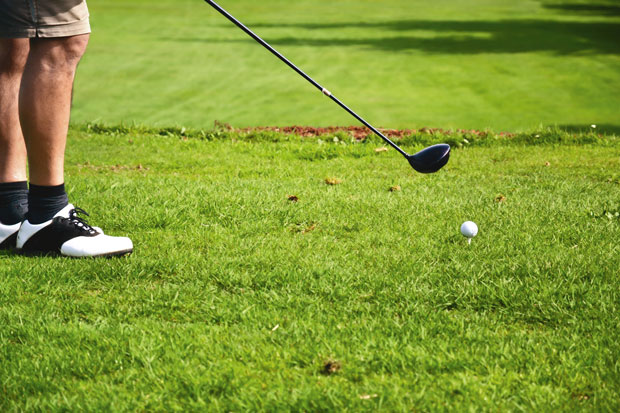 “With golf, the sense of being able to play without a ball being either hit back to me or kicked or bowled at me was a major attraction. If I wanted to play, I’d take my clubs and a ball and do it. Living on the school grounds, I had a paddock to chip balls around, and we were members of country golf courses where access was virtually unlimited.”

Playing local country courses as a youngster, Phil could not have imagined the fairways he would eventually walk. These included Augusta National, home of the Masters, Pebble Beach, Winged Foot and TPC Sawgrass, and teeing up alongside greats such as Jack Nicklaus, Tiger Woods, and Greg Norman.

Phil was 21 when he turned pro in 1993, and he played through an era of great change. “The athlete golfer is much more prevalent than 30 years ago, and in the past 20 years, the game has rewarded strength and athleticism far more than in previous generations — to the point where it is in a somewhat tenuous position.

“The way some of the male players are overpowering the game — breaking it — is challenging the purities that were very much part of the sport. It’s one of the reasons many people now prefer to watch the women play as there’s more of a resemblance to the game as it used to be, back when players used almost every club in their bag.

“While it’s fun watching the men’s power game, it has come at a cost. Watching someone hit a ball 340 yards is exciting, but it was just as exciting when they were hitting it 290 yards a few years ago. The knock-on effect is that some of the shorter and historic courses are virtually unplayable for tournament golf. Longer courses are having to be constructed, which are costlier and take more time to maintain.”

Golf’s future is important to Phil. When persistent injury problems persuaded him to cease playing in 2011, he and his family left the United States and returned to New Zealand, settling in Auckland. 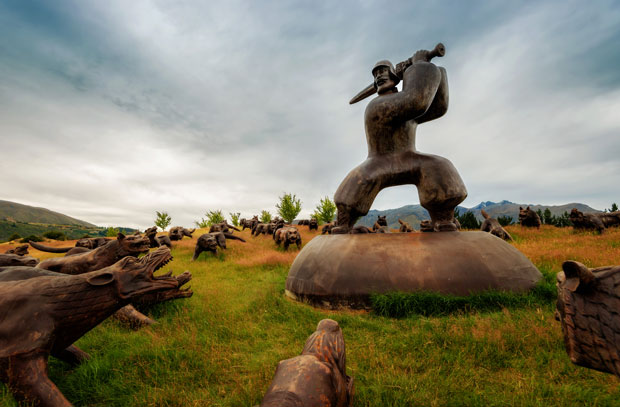 He has carved out a successful career as a golf commentator and course designer. He has teamed up with Brett Thomson of RBT Design and the duo’s significant projects include the construction of Windross Farm at Clevedon and the Tīeke Golf Estate on the outskirts of Hamilton, developed on the site of the former Lochiel Golf Club.

Phil’s focus is on creating courses that are interesting, intriguing and at times complex. “It’s about striking the right balance. People assume that because I played professionally, I see golf only through that lens. I’m more about designing courses that are enjoyable for all standards and ages of golfers, particularly making it possible for families to have fun playing together.”

The world’s most sought-after architects are lured to New Zealand by its coastline, sculpting the dunes into a beautiful golf course, but Phil is still a big fan of the traditional Kiwi golf club. His top picks:

1) Paraparaumu Beach Golf Links The famous old links on the Kāpiti Coast is getting better with age, primarily due to the guardianship of the club’s young maintenance team and its vision, which embraces the club’s roots.

2) Arrowtown Golf Club In and around some pristine golfing real estate, Arrowtown is the locals’ course in the Wakatipu Basin. Recently, the word has spread further afield and, when allowed to return, international visitors will be back in their droves to play this rocky southern gem.

3) Ngāhinapōuri Golf Club There are more than 100 country nine-holers in Aotearoa. This gem near Hamilton hosts a twilight tournament every Thursday during summer. The hospitality at the 19th makes it well worth visiting.

4) Council-owned public courses There’s one in nearly every town or city but, sadly, they are slowly disappearing. Such courses need support; they are vital to retaining recreational urban green space for the next generation.

5) Tīeke Golf Estate Proud of his involvement in redesigning the old Lochiel course, now renamed Tīeke, Phil is looking forward to golfers teeing up alongside the Waikato River this summer.