Lucy Corry’s Blog: How to break up with paper towels


Lucy decides to end her love affair with paper towels in the name of the environment.

I like my kitchen assistants to be strong, silent types. They need to be able to cope with anything – from wiping a child’s face, cleaning out something horrific from the fridge or dealing with random spills. The best ones are tough and resilient, discreet and, ultimately, disposable. Treat ‘em mean, keep ‘em keen has always been my motto.

But in recent months I’ve begun to wonder if I’ve been making some bad choices. Maybe I’ve been doing the wrong thing by using my helpers and chucking them out without a second thought. Last month I looked at the ‘soft and strong’ pair wedged under my kitchen sink and thought, ‘it’s not me, it’s you’. As much as I struggled with the idea at first, I knew it was time to end my great love affair with paper towels.

In all honesty, I’d thought about doing this for ages. It’s a bit like ending a toxic relationship, sometimes action takes a while to catch up with intent. I knew my paper towel habit probably wasn’t very environmentally-friendly, but I’d pretend to myself that it was okay because I bought the recycled ones (even though I often used them up twice as fast and ignored that they were wrapped in plastic. I’d done enough research to know that unbleached paper towels could be recycled, or composted, but even then it depended on what they’d been used for.

I knew, too, that even if I was diligent enough to buy compostable paper towels and actually compost them, the fall-out could make life difficult in other ways. I live somewhere so windy that the lid of our compost bin frequently makes a break for freedom across to our neighbours; my mucky paper towels flying across their manicured lawn would not be good for community relations.

More stories you might like:
Guest blog: Elien Lewis uses deep-mulching to grow a bounty of produce in her shady Whitby garden 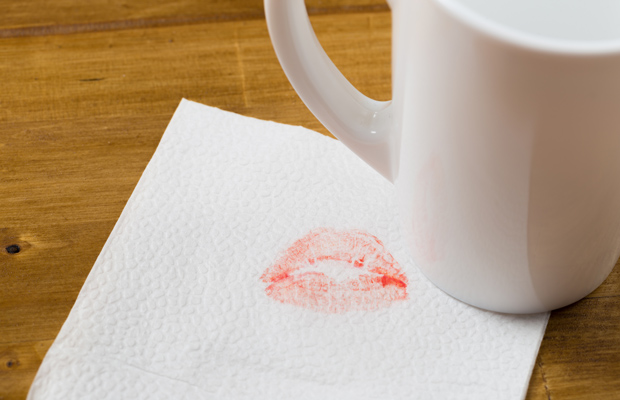 Lazily, for various reasons, I put giving up paper towels in the ‘too hard’ basket. But when I read about the food bloggers who cut back on their paper towel use by making them less convenient to grab, I realised that it didn’t have to be that difficult. Rather than trying to find somewhere else to stash my mothers’ little helpers, I realised I could just use things I already had.

At the risk of stating the blindingly obvious, most kitchen spills are just as easily wiped up with a dishcloth or old teatowel. The baby muslins I last used a decade ago have come back into their own, whether I’m making cheese, wiping up grime or looking for a way to cover food from late-summer flies. Babies with dirty faces can be directed to the bathroom to find a clean face cloth (I’ve never forgiven my mother-in-law for wiping my then-baby’s tiny face with the cloth that she’d just wiped the kitchen bench with, but that’s another story).

I bring out my collection of op shop or family hand-me-down table napkins when we eat tacos or other messy food. On the admittedly rare occasions that I clean windows, I use wet newspaper instead of a pungent spray and a roll of paper towels. The dirty cloths go into the same washing machine cycle as my tea towels; the newspaper goes into the compost or recycling. It’s not actually as onerous as I thought.

When I occasionally wobble and crave that satisfying sound that comes with ripping an embossed paper towel off a roll, I think about the sage advice I got from Sustainability Trust educator Kim Tabrum. Kim’s motto is “refuse what you don’t need, reuse what you can”, but she’s realistic about the pressures inherent in living in a society built on convenience.

If you can’t imagine a future without paper towels, she suggests choosing the most sustainable option available. If you’re using cloths instead, natural fibres are better than synthetic – though delve too far into this debate and you open a can of worms no amount of paper towels can clean up, sustainable or otherwise.

“Reuse or repurpose your old tea towels and rags first,” Kim says. “That’s about as easy as it gets.”

Lucy Corry’s Blog: Cooking for one