Lucy Corry’s Blog: How to get a taste of the Wairarapa (without leaving home)


Don’t let your taste buds suffer in lockdown and instead enjoy the best of the Waiarapa (from a distance), says Lucy Corry.

Two weeks ago I was in the Wairarapa region. The sun was shining, the wine and olive oil were flowing and I felt incredibly lucky to be able to wander at will in such a beautiful part of Aotearoa. I didn’t realise quite how lucky I would feel until last Wednesday, when it quickly became apparent that such freedoms might be curtailed for a while.

However, thanks to the combined magic of the internet and Aotearoa’s hard-working couriers, it’s entirely possible to get a taste of some of the Wairarapa’s finest food products. Here are a handful to add to your online shopping list – for you or as a fabulous gift for a friend.

From the charming shop Paul sells his wares alongside a selection of specialist New Zealand cheeses, including award-winning locals the Drunken Nanny and Kingsmeade, and other wonders of the local food world.

C’est Cheese is also home to a ‘cheese bar’, where you can dine in-person on things like an outrageous take on mushrooms on cheese on toast, or ‘bear traps’ (like mousetraps on steroids) or cheese and beer tasting platters. 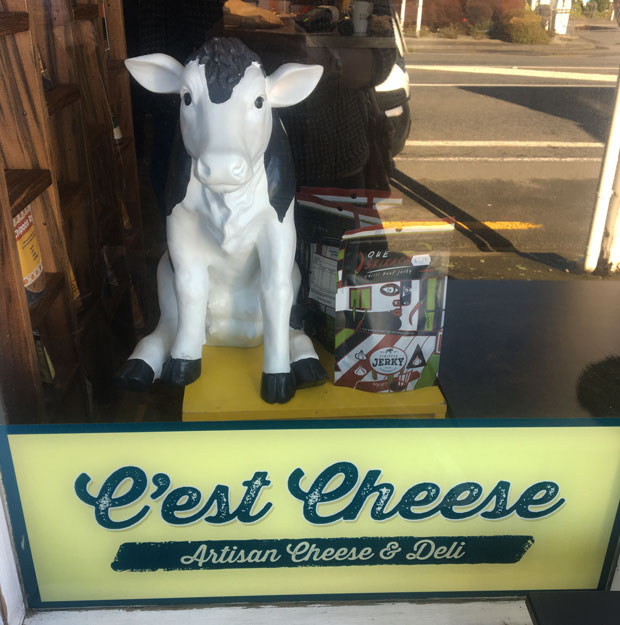 Broughton’s own cheeses are a wonderful celebration of Wairarapa terroir – he sources organic milk from Te Pare Organic Farm (just 12 minutes’ drive away) and uses locally made wine or beer to ‘wash’ his washed rind cheeses.

Greytown, the Wairarapa town where all the colonial-era houses on the main street look like they’re made of gingerbread, is the spiritual home of Schoc Chocolate. It’s nearly 20 years since ‘chocologistt’ Murray Langham set up shop here, dispensing his own brand of chocolate-based therapy.

There are all manner of chocolate delights made under the Schoc label but if you’re interested in ‘doing something new, New Zealand’, I highly recommend Schoc’s Curry and Pappadums chocolate tablet.

This is one of the most mind-bending things I’ve ever tasted – it shouldn’t work, but somehow it does (when you think about it, lots of the spices involved in a curry are natural partners with chocolate). The judges at the 2020 New Zealand Chocolate Awards agreed and gave it a gold medal.

Dion Kilmister and Ali Scott put a lot of care and attention into raising, growing, and processing the animals they raise on their Bideford farm, near Masterton. When they set up their meat supply business in 2017, they wanted to connect urban eaters to the land and help people to understand the value of ‘eating like a farmer eats’. 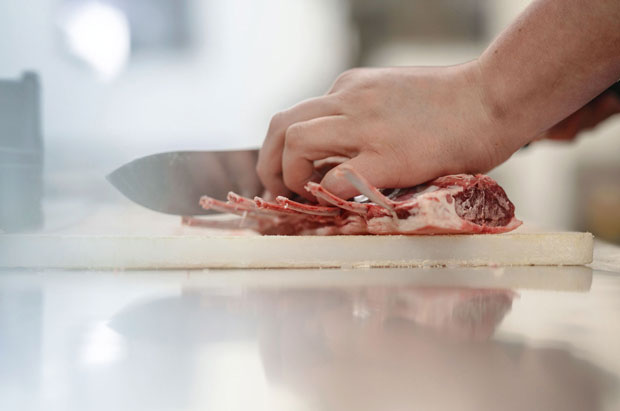 The proof is in the results – earlier this year, the mixed box of gourmet beef and lamb (a pick ‘n mix of meat cuts plus some gorgeous gourmet sausages) they sell under their Homegrown Butcher, Deli and Pantry brand earned them the Supreme Champion title at the 2021 Outstanding NZ Food Producers Awards. If you believe meat is the ultimate treat, their online shop will make you feel like all your Christmases have come at once.

In Carterton, Hamish and Barbs Wadham preside over a fast-growing mushroom empire. They’re happily mushroom-obsessed and they can talk ‘til the cows come home about mushrooms’ environmental and dietary benefits.

Their company, Urban Fresh Farms, sells all manner of mushroom products, from fresh and dried fungi to ready-made ‘shroom powders and risotto kits (the latter are ideal for lockdown cooking). Their piece de resistance though are their ‘ready to fruit’ mini oyster or shiitake farms.

These kits, which require just a small piece of kitchen bench to sit on, a little light watering and some patience, produce up to a kilo of fresh mushrooms with minimal intervention. After the final harvest, the growing medium (a substrate mix of hardwood and soy) can be broken up and added to garden beds as compost. 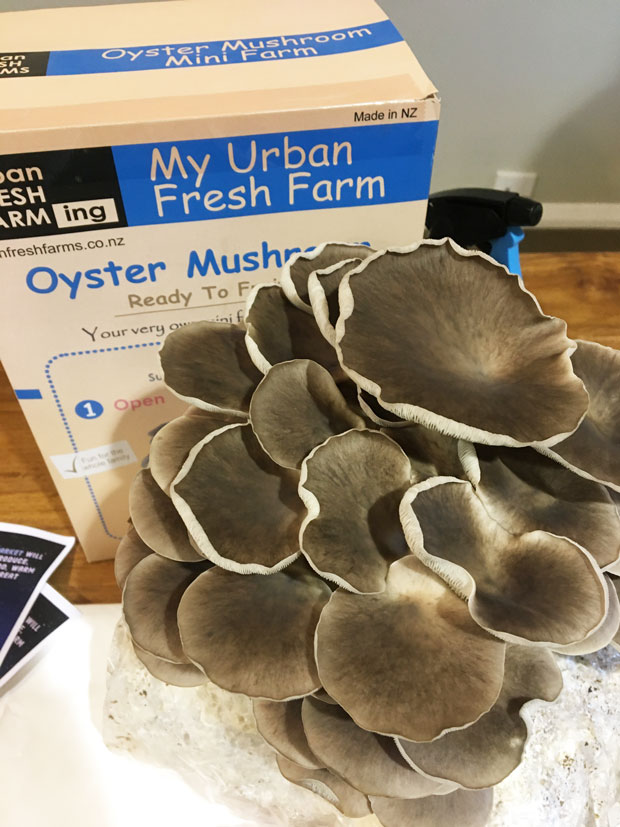 The Wadhams say mushroom flavour depends on the quality of the air and water inputs involved, which is why they’re adamant that you can taste the difference in their Carterton-grown fungi compared to mushroom colonies sourced from China.

Throw an olive stone over your shoulder in this region and you’re likely to hit an award-winning olive oil maker who’ll probably tell you the provenance of the olive and its flavour characteristics before they tell you off for littering. It’s impossible to write about them all, but here are three I suggest looking up.

At Lot 8 Olive Oil, Nalini and Colin Baruch have just clocked up 20 years of commercial olive oil production at their Martinborough grove. Lot 8 has an extensive range of distinctive and fragrant cold-pressed oils – look out for the Flavours of Aotearoa Olive Oil, which is infused with kawakawa and horopito leaves from the gardens of Government House.

When Helen Meehan was growing up in Manchester, olive oil was only available from chemists in medicinal quantities. Since 2003 she and husband John have made Olivo oils from Martinborough’s oldest olive grove, planted in the early 1990s.

Helen is an avid and curious cook who loves finding new ideas for flavour blends and ways to use them – one of the best tricks I’ve learned from her is to pour Olivo lemon-infused olive oil over vanilla or chocolate ice cream, then sprinkle over some sea salt flakes. 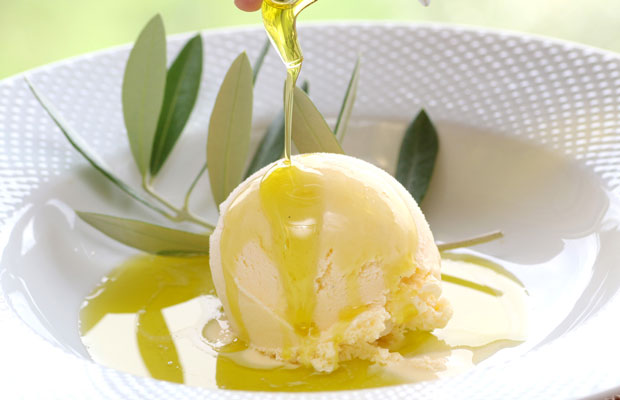 Stephen Howard-Davies is new to the olive oil game compared to Lot 8 and Olivo, but he’s a fast learner. In June, just over two years after he became its owner, Loopline Olive Oil won two gold medals at the 2021 New York International Olive Oil Competition.

It was the third year of wins in a row for the Opaki-based company, which is one of the Wairarapa’s largest olive oil producers. Stephen says his oils are so good that other New Zealand olive oil companies are happy to on-sell oil that doesn’t meet his exacting standards under their own brands.

What are your favourite online treats at the moment?