Too many frozen gel packs are giving Lucy Corry chills.

In 1958, radio doyenne Aunt Daisy, reckoned having a Slikka Pad in your picnic basket was the next best thing to taking your fridge out with you. New Zealand’s queen of the airwaves (real name: Maud Basham) was the original influencer and when she banged a couple of Slikka Pads against her desk, people listened.

“It’s an effective freezing unit, eight inches long… A Slikka Pad and some newspapers and all your worries are over.”

A fun fact that Mrs Basham didn’t breathlessly tell her audiences is that the Slikka Pad (a freezable plastic brick filled with saline solution) was invented by forensic scientist Dr Jim Sprott, who later became better known for his role in overturning Arthur Allan Thomas’ conviction for the Crewe murders in 1979, not to mention his controversial views on the road toll and the causes of cot death.

But I digress. I wonder what Maud Basham would do in 2022 if she had a freezer stacked with the Slikka Pad’s newfangled cousin, the gel ice pack. Because this is my situation and I’ve been at a total loss as to how to manage them. As far as first-world problems go, this one’s right up there. At last count, I had 15 various iterations of gel or ice pack stacked in my freezer. It’s not a big space to start with, and all these bulky packs mean there’s barely any room for actual food. Finding anything means commencing a search worthy of an Arctic explorer. Yes, they are reusable, like Aunt Daisy’s beloved Slikka pads, but there’s only so many one small family needs.

I’ve taken to smuggling them to friends’ houses, as if the cake or bottle of wine I’m taking them needs to be fully insulated against Wellington’s searing temperatures. The smart ones are now wise to this. “Oh no,” my sister-in-law said when she saw that I was slipping two gel packs into a bag of homemade Afghans. “We definitely don’t need any of those!”

Next, I sought advice from IFP Group, who distribute gel ice packs in New Zealand. Their spokesperson said the company they buy them from recommends that the gel contents go in the rubbish bin, while the plastic outer can be rinsed and recycled at a soft plastics collection point.

“But ideally people will reuse these rather than just dispose of them,” she said. Yes, quite. But what if you’ve got too many? I don’t mean to advertise my privilege in such a way – poor me, I have too many ice packs in my freezer – but this situation is a definite downside of trying to do the right thing by supporting independent food producers.

Fortunately, some of them are trying to do their bit in return. Marlborough’s Middlehurst Station has just won a gold medal in the 2022 Outstanding Food Producer Awards for its merino lamb, but I reckon they deserve an extra pat on the back for their packaging efforts.

The Middlehurst team wrap their lamb cuts in home compostable packaging where possible and use woolcool to keep them cold while in transit. Woolcool is really a wonder product — it can be added to your compost bin or used in a myriad of ways in the garden (I use it to snuggle around my potted fruit trees). It’s also handy if you’re moving house as a cushion for fragile bits and pieces.

But it’s Middlehurst’s attitude to ice packs that really impresses me: when you have 20 of their ice packs surplus to requirements, they’ll arrange for their courier to pick them up so they can be reused. Now that’s what I call customer service. They run a similar scheme with the sturdy foil-coated cardboard boxes their products arrive in — while these are fully recyclable, once you’ve collected five of them Middlehurst will arrange for the courier to collect them for reuse.

To me, this is genius. I love those silver boxes but there’s only so many a small space-challenged house can take. I’d much rather they went back to their place of origin for definite re-use rather than into the intangible ‘elsewhere’ of recycling. 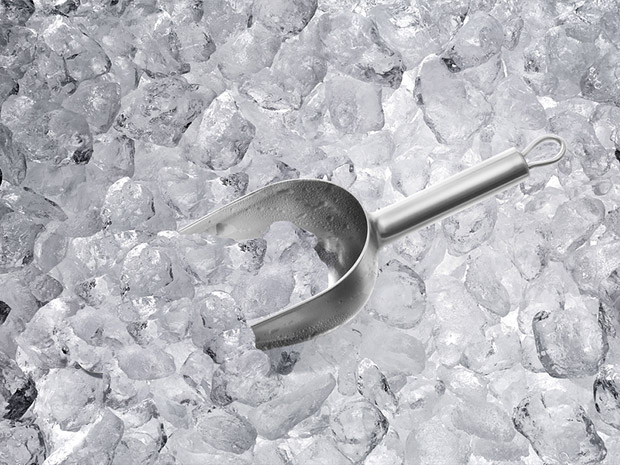 In the meantime, I’ve accidentally just discovered another solution to the jammed freezer. A few nights ago I pulled a trio of gel packs out so I could fit a tub of ice cream in (#priorities). I left them on the dish rack overnight and in the morning, when they’d thawed, I had a brainwave.

Now they’re tidily stacked in the cupboard of doom (a place for all those kitchen bits and pieces you don’t know what to do with), awaiting a time when I can send them to a better place (like Middlehurst). I’d like to think Aunt Daisy would be proud. But if you’ve got a better solution, I’d love to hear it!