“When serving food to Invalids, remember to –
Set the tray daintily.
Serve small helpings.
Cook the food perfectly and serve it attractively.
Use the most attractive china and linen.
Use a flower or small posy on the tray.
Serve one course at a time.”

So reads the start of the ‘Invalid Recipes’ chapter in my 1964 edition of the Edmonds’ Cookery Book, a relic from a time when the poorly could be returned to health via a prettily set tray of health-restoring dishes. One might start with apple water (bake a sour apple with a teaspoon of sugar, mash with boiling water and let stand for 20 minutes, then strain the water into a glass and serve), creamed egg (essentially an egg steamed with a little milk until set), crumbed brains (yum!) and orange jelly. On reflection, it’s no wonder the cook was advised to distract the invalid with flowers and fancy napery.

Being sick is miserable, no matter what the illness. It’s even worse when you have no appetite. But when you do feel like eating, it’s best to go slowly. ‘Let thy food be thy medicine and thy medicine be thy food,’ as Hippocrates, the Greek founder of Western medicine, is often reported to have said. 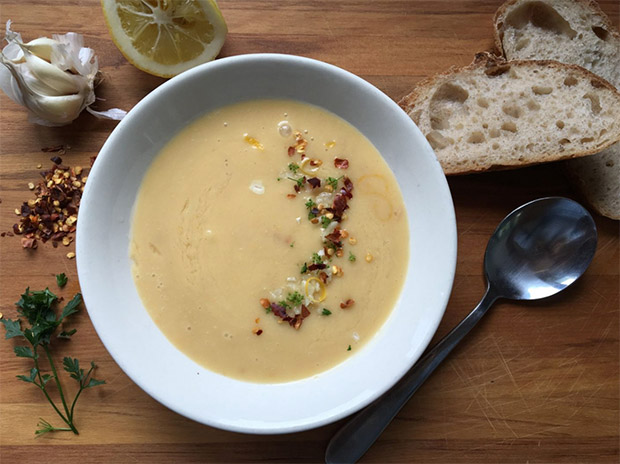 I prefer the dietary advice I used to receive from the health expert I saw most often: my mother. She reckoned that ‘whatever you feel like when you’ve been sick will be the best thing for you’. I don’t know about you, but I’ve never weakly sat up against the pillows of my sickbed and thought, ‘I know what will fix me: a dish of crumbed brains and some beef tea’.

Or you might prefer my father’s approach. He believed a pisco sour (a Chilean/Peruvian cocktail containing the eponymous grape-based spirit, lemon juice, sugar and an eggwhite) was the cure for most ills. Dad’s pisco sours were so strong that just one small drink would either completely knock out the recipient or render them incapable of remembering what was wrong with them in the first place. Still, with all that lemon juice (vitamin C, bioflavonoids) and egg white (protein), he might have been on to something.

While I generally stick to my mother’s advice, she forgot to add that ‘whatever someone else has made or prepared for you will make you feel better than having to do it yourself’. Since few of us have that luxury as adults, here are a few simple things to help you feel better when there’s no one to look after you. Lucy’s dad believed a strong pisco sour packed with vitamin C was a cure for most ills.

To make an instantly restoring chicken soup, heat a can or pouch of non-creamy chicken soup or broth until nearly boiling point. Remove it from the heat and add two cloves of chopped garlic, the grated zest and juice of a lemon and a good sprinkle of chilli flakes (or chopped fresh chilli). This won’t have the healing powers of a bowl of chicken soup that’s been lovingly simmered by a beloved relative, but it will make you feel better. It will also make you reek of garlic, so people will keep their distance and you’ll minimise the spread of your illness.

More stories you might like:
Lucy Corry’s Blog: Love is… never having to say ‘let’s go shopping’

If your ailments are of the stomach upset variety (a common complaint among people I know with germ-carrying small children), we have two wildly divergent cures in my household. My husband swears by lemonade ice blocks as the number one remedy when you’re over the unpleasantness but can’t face proper food and the mere thought of any of the Edmonds’ Cookery Book invalid recipes is enough to make you come over all faint.

I prefer a more wholesome treatment, which comes from my paternal grandmother. All you need to do is grate an apple (or even better, have someone do it for you) and let it oxidise. Then put it in a little dish and eat with a small spoon (this part seems quite important, especially if you’ve been really ill and unable to cope with the thought of eating a lot). 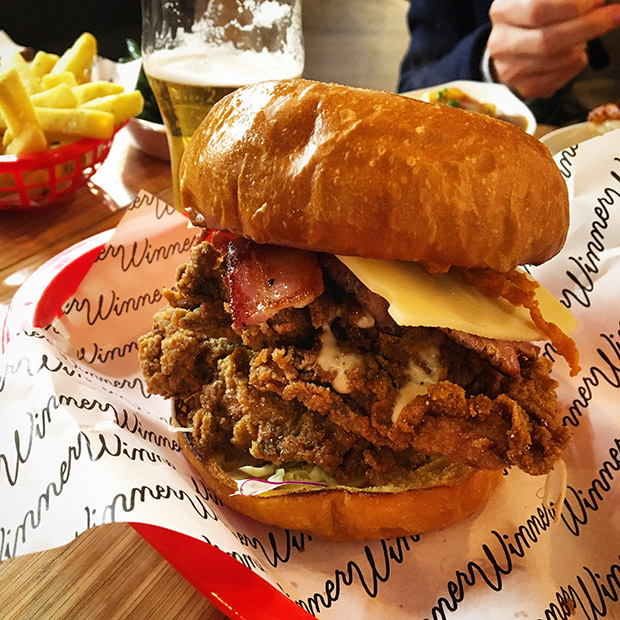 Lastly, if you have the kind of non-specific malaise that might be caused by general life stress, my most useful advice is to go with your gut. If that means a green smoothie and a salad, good for you. Personally, recent experience has taught me that a great big fried chicken burger will do the trick too.

Like my mum always used to say, sometimes ‘a little bit of what you fancy will do you good’.