Lynda Hallinan’s Blog: The best-laid plans of mice and women


Lynda Hallinan plays cat and mouse with a family of unwelcome houseguests.

There was a mouse in our house. It wasn’t the first, and it won’t be the last. Every winter, when Jack Frost snuffs the life out of my vegetable garden, the orchard is stripped bare and birds raid the last seedpods from my flower borders, field mice seek shelter and sustenance inside our farmhouse. Who can blame them? Every square centimetre of our home is insulated and double-glazed and kept balmy with a heat pump that simultaneously hikes up the temperature and our winter power bills.

Who am I to begrudge a cosy cohabiting mouse? One year, I developed an almost companionable attachment to the house mouse that made a nest inside our second-hand sofa and tippy-toed out each night when it thought we were all asleep. My mother-in-law, staying over one night, had no such qualms and stomped on it in her slippers.

Why do we find rats and mice so revolting? We consider chinchillas, chipmunks, guinea pigs, hamsters and squirrels quite cute and cuddly but rats and mice give us the shudders. Yet, as children we were all charmed by Mickey Mouse, Speedy Gonzales and Danger Mouse (not so much his nerdy offsider, Penfold) and we always sided with Jerry over Tom. And, when watching the film Ratatouille, who didn’t root for Remi the rat to realise his career ambitions as a Michelin-starred chef?

If only the common house mouse, Mus musculus domestica, and its field or wood cousin, Apodemus sylvaticus, weren’t so frisky, we’d probably get along just fine. But female mice can get up the duff at just six weeks old, birthing an average of half a dozen babies at a time, and producing 5-10 litters per year. (A fun fact from the history books: if mice weren’t such promiscuous hussies, we would never have thought it a useful idea to domesticate cats.) 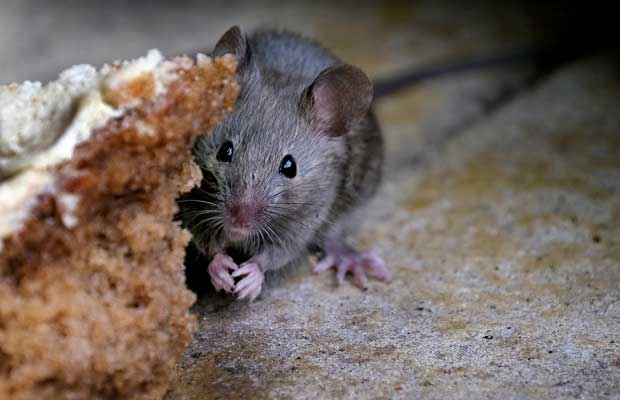 More fun facts about mice: their bodies and their tails are roughly the same length, and not only do those multipurpose tails help them tripod (stand on two feet) and keep their balance while running along narrow poles and ledges, they help them keep their cool. In hot weather, mice can lower their core body temperature by increasing their tail temperature by as much as 10C.

Mice rarely survive for more than a year; the oldest laboratory mouse, even with the benefit of genetic engineering and a medicinal diet, only lived to the ripe young age of 1,819 days (not quite five years).

The mouse genome was sequenced in 2002 and virtually all of their 2.7 billion base pairs of genes have human equivalents, hence their use in laboratory experiments. Mice also share our emotions; in a study reported in the journal Science last year, German researchers found that they can show pleasure, disgust, nausea, pain, and fear on their wee faces by twitching their jaws and noses and flattening their ears.

Members of the Glires grand order or clade, these pesky pipsqueaks, along with primates, flying lemurs, treeshrews and lagomorphs (rabbits and hares) are among the most closely related mammals to humans. Nonetheless, not everyone wants their entire extended family to move in, right?

I know winter is here when we spot the first mouse scuttling out from under our stairs, turning right to the pantry or left to scurry under the fridge. They squeeze up the gap where the washing machine outlet pipe goes through our bathroom floor, and make a mad dash for the sanctity of the hot water cylinder cupboard. Their tiny feet are thigmotactic (able to cling to vertical surfaces) and, if they get a good run up, they can jump up to 45cm high. But this year, when one crawled up to the third shelf in the pantry and ate the kids’ school lunchbox snacks, I sighed and baited a trap. In rural parts of Australia, where farmers are currently battling a mouse plague of pandemic proportions, they’re resorting to poisoning their foes with wheat coated with zinc phosphide. A single poisoned grain of wheat is all it takes to knock off an adult mouse in as little as 15 minutes, as when zinc phosphide reacts with rodent stomach acid, it turns into toxic phosphine gas.

The commercial bait blocks available at hardware stores generally contain anticoagulant chemicals such as diphacinone and bromadiolone, but there are kinder ways to catch and dispatch mice. In 2015, the BBC’s Winterwatch nature programme served up an antipasto platter of cheddar, peanuts and grapes under a motion sensor camera to film foraging wood mice. They took the peanuts every time, nibbled just one grape and skipped the cheese altogether.

My local supermarket stocks 29 different flavours and brands of posh peanut butter, from Pic’s Peanut & Chocolate Butter to Fix & Fogg’s Super Crunchy Double Trouble, though I can confirm that bog standard smooth Bega brand peanut butter does a sterling job for half the price.

No sooner had I baited our mouse trap, placed it inside the pantry and closed the door than – thwack! – the trap went off.

I caught seven mice in seven hours, a toll made rather more horrifying by the irrefutable knowledge that all those mice were already inside my pantry when my murderous campaign commenced. On the plus side, my involuntarily euthanised resident rodents can now be recycled as a moreish meal for moreporks at our local bird rescue facility, as our native forest-dwelling owl, Ninox novaeseelandiae, has a taste for rats and mice as well as small invertebrates including weta, huhu beetles and moths.

One of my neighbours across the valley has recently gained accreditation from the Department of Conservation to operate as a bird rescue facility to nurse baby birds or injured or sick birds back to health. In announcing the establishment of Hunua Bird Life, Marleen Verhoeven posted an inaugural shout out on our community Facebook page for donations of old towels for bedding, bandages and other bits and bobs for first aid, and… free-flow frozen mice.

I’m sorry, my furry wee flatmates, but you can’t possibly compete with a recuperating ruru for my affections.