Lynda Hallinan’s Blog: The writing’s on the wall for 2020


As the year draws to a close, Lynda Hallinan asks her children what the future – and Santa – may bring for them.

Has it really been 28 years since Queen Elizabeth II arose from a plush red velvet throne and, in a speech to mark her Ruby Jubilee, bid an aristocratic adieu to a year she’d rather forget?

“1992,” Her Majesty famously declared, was “not a year on which I shall look back with undiluted pleasure. In the words of one of my more sympathetic correspondents, it has turned out to be an annus horribilis.”

It was, of course, the year that three of the Queen’s children’s marriages imploded. Fergie and Andrew split and Princess Anne and Captain Mark Phillips officially called it quits before Diana, Charles and Camilla’s complicated love lives were exposed in tit-for-tat tabloid spats. And, as the heir to the throne’s marriage went up in flames, so did Windsor Castle, forcing the Queen to hawk tour tickets to Buckingham Palace to help recoup the £36.5 million restoration bill.

But that was then and this is now. If 1992 was an annus horribilis, 2020 has been a right royal nightmare – and not just for the Queen. It has been an annus unpredictabilis for us all, and who’s to say if 2021 will be any better?

My children, at least, are wildly optimistic about what their immediate future might bring, namely new motocross boots, a camera drone, ninja swords and an N-Strike Elite Turbine Nerf Gun, although I notice neither has asked Santa to deliver an affordable and effective coronavirus vaccine.

Said the American political commentator George Will, “the future has a way of arriving unannounced” – a bit like Saint Nick, really – so I thought that while I was asking my children for their Christmas wish lists, I might as well ask what they wanted for their futures, too. (Lucas and Lachlan are only nine and seven but I figure it’s never too early to start amassing embarrassing anecdotes for their 21st speeches.) 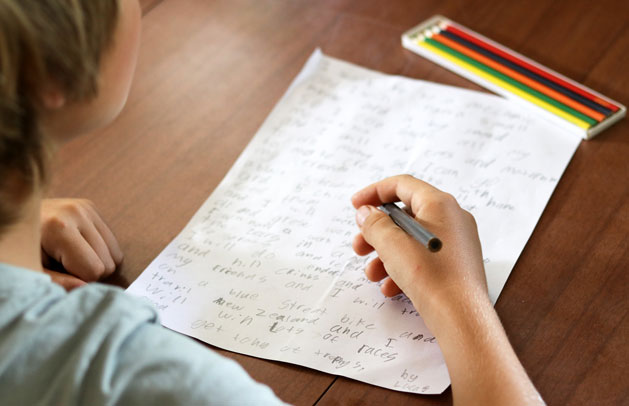 In my 25 years as a working journalist, I’ve profiled an eclectic selection of people, from Prime Ministers (Jim Bolger, Helen Clark) to pop stars (Charlotte Church, Ziggy Marley, Julio Iglesias) and royalty (Prince Charles, the Topp Twins), but never have I encountered such reluctant interview subjects as my own offspring.

When I asked them what they wanted to be when they grew up, you’d think I’d asked them to solve Goldbach’s Conjecture*. One sulked, while the other cried, then both gave me the silent treatment. But I’m no amateur interrogator; I know how to get people to talk. I confiscated their iPads and refused to give them back until they’d each filled a page with their handwritten hopes and dreams.

At seven, Lachie reckons he’s joining the armed forces. “I want to be in the army when I am older,” he wrote. “I want to train to be a soldier so I can be in a tank and have a gun. I will be brave and strong.”

I have some bad news for him. The base salary for an Army recruit starts at $39,000, and I’m pretty sure that won’t stretch to buying “a mansion with a man cave and a pool”, let alone the “mini fridge, tv, couch, pantry, gym, six dogs, eight cats and a Lamborghini sports car”.

“Create the highest, grandest vision possible for your life, because you become what you believe,” said Oprah Winfrey. If this is true, Lachie will be a coastal property magnate: “I will own seven beaches and each one will have a cool mansion and all of them will have pools and playgrounds for when I have kids.”

Those kids, in case you’re wondering, will both be boys. “Their names will be Jimmy and Tommy and I will have a wife and I think her name will be Charlotte.”

In Lachie’s world, the future’s so bright, he’s gotta wear Dolce and Gabbana DG2027B shades, whereas his older brother would prefer a pair of safety goggles.

When he went on school camp last week, Lucas had to take a torch; I bought him a brand-spanking yellow Dolphin. However, he was determined to build his own, soldering a string of LED lights to a circuit board and tiny switch from an old drone before wiring in a battery pack from a busted remote controlled car. By the time he was finished, it looked like he’d packed a bomb into his bag. 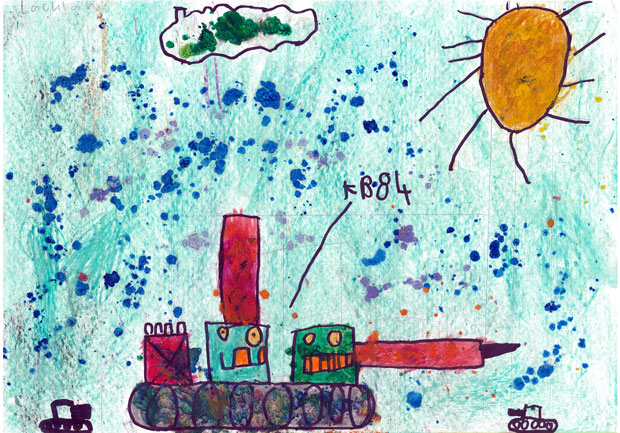 Lucas, at nine, is already content with his lot. “I will have a small house and a big shed so I can store all my motorbikes and I will have a black labrador called Cricket and five chickens so I can feed them my food scraps.”

(We already live in a small house with a big shed and this week that black labrador, Cricket, had a go at two of those chickens.)

“I want to be a mechanic,” Lucas wrote. This didn’t surprise me in the least as his grandfather Rex is a mechanic, plus I’m forever forking out for spare parts for his electronics projects.

It appears that what he won’t do when he grows up, however, is bother with punctuation or spelling.

“There is always one moment in childhood when the door opens and lets the future in,” wrote the English novelist Graham Greene in The Power and The Glory.

As 2020 draws to a close, it seems a small mercy that, after a year of such uncertainty – a year where an unwelcome future arrived unannounced, bringing border closures, lockdowns, fear, loss and separation from friends and family overseas – that moment hasn’t yet arrived for my kids.

Editor’s note: *Goldbach’s Conjecture is an obscure and unsolved mathematical puzzle. “Every even integer greater than two is the sum of two primes.”