One of New Zealand’s smaller airlines is on a route to success.

Somebody’s loss is often somebody else’s gain. In 2014, when Air New Zealand stopped its services between Wellington and Westport and Wellington and Taupō, Sounds Air chief executive Andrew Crawford saw an opportunity.

PC12 pressurized aircraft that were ideal for the route. “It was an opportunity for us to change the business to become a regional carrier to areas beyond the Marlborough Sounds,” says Andrew.

“Air New Zealand does a good job, and its decision to pull out of those regions was about scale. The airline was getting rid of its 19-seat aircraft — and these routes couldn’t fill a 50-seat plane, but they are ideal for a smaller airline like us.” 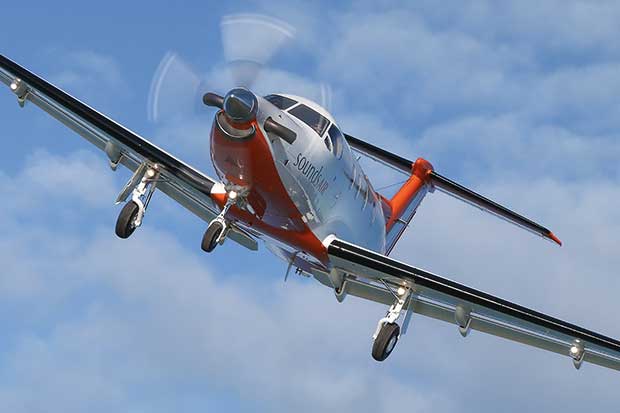 Sounds Air was founded by pilot Cliff Marchant and his wife Diane in 1987. When Andrew Crawford and business partner Steve Handyside joined the company in 2003, Sounds Air flew 8000 passengers a year and had one route from Wellington to Picton.

The company has expanded rapidly, particularly in the past five years, and now flies more than 100,000 passengers annually, servicing nine regional centres.

It is tough to make a profit in aviation, says Andrew, but the company has been strategic in its growth plans, particularly with its choice of the fleet. Rather than investing in older planes that seat more passengers, Sounds Air has four 12-seat Cessna Caravans, and five Pilatus PC12s.

“You can’t buy a new plane that is bigger than a 12-seat Cessna and smaller than the 72-seat ATR — there’s no size in between. We looked at buying older aircraft that would seat more people, but all of the markers added up to going broke. Our strategy is to purchase the smaller new planes because the makers are still manufacturing parts and they have technical support.”

The PC12s have turned out to be a sound investment. Andrew says passengers love the plane, which flies three times higher than the Cessna and is nearly twice as fast. 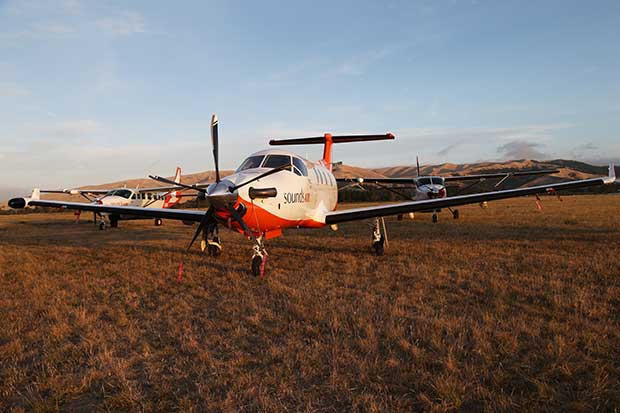 The PC12 can reach a maximum altitude of 30,000 feet (just over nine kilometres) and has a top cruising speed of 500 kilometres an hour.

“In the PC12, we can fly from Wellington to Taupō in 50 minutes and Wellington to Westport in 45 minutes. A customer who had flown in one of them said to me, ‘Crikey Dick, it’s like being in a private jet.’”

Aviation is an expensive business. The cost of aviation fuel is high and variable, and aircraft are costly to maintain. “We get bills that will make your hair stand on end — a windscreen for a PC12 cost us US$38,000 (nearly $58,000), for instance. Maintenance is done in-house at Sounds Aero Maintenance at Omaka, Blenheim, to control costs.

While some of Sounds Air’s routes have no competitors, other airlines fly between Wellington and Blenheim and Wellington and Nelson. Due to the size of the planes and the fleet, the company can’t compete with the big airlines on price, but Andrew says a virtue of the company’s smaller size is that it can maintain excellent service. Personal touches are important. Pilots talk to the passengers and also unload their bags from the plane. If a flight is delayed because of weather, the airline calls all its passengers to let them know ahead of time.

More stories you might like:
Organic grower Mary Sullivan hasn't had aphids in years – and plans to keep it that way with permaculture

“We know our passengers well, and some of our regulars even come to our Christmas party — we’re that kind of company.”

Elevator pitch: Sounds Air is a regional carrier making more than 300 flights to nine destinations weekly, including Picton, Westport, Taupō, Blenheim, Christchurch, Paraparaumu and Napier. The company was founded in 1987 and had just one plane for many years, but now has four 12-seat
Cessna Caravans and five Pilatus PC12s (a speedy plane also used by the Flying Doctor service in Australia).

Headwinds: Some New Zealand companies have health and safety policies that state staff cannot fly on single-engine planes. Sounds Air has worked with large employers such as Contact Energy and Pāmu (Landcorp) to review their policies, providing safety information about their fleet to HR managers. What next?: This year, Sounds Air will raise capital through a private-equity firm to grow the fleet and expand into additional regional centres.

“When launching a business, you need generous cash flow. We started expanding this business without enough money in the float, and that makes life difficult, especially if you have to ask the bank every time you want to expand.” 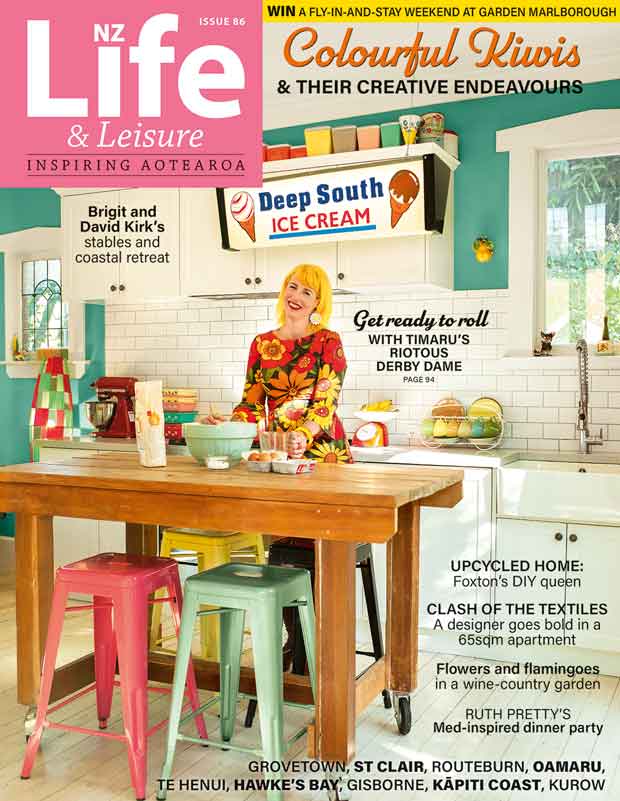 This story appears in the July/August issue of NZ Life & Leisure. Subscribe here.

More stories you might like:
Take a tour of Photographer of the Year Tracey Scott's century-old Rotorua villa