Mind your own beeswax: The Hawke’s Bay couple making it easy to wrap food without plastic What began as a personal mission in a Hawke’s Bay kitchen is now an industrious enterprise. Two young parents are proud eco-exponents, helping their little corner of the world to move towards being plastic free.

It’s true that some of the best recipes start in a single pot and for two Hawke’s Bay eco-advocates that small pot now has pride of place in their newly expanded warehouse.
A homemade recipe crafted in a small, now blackened, pot has become so sought after, its makers now need a great big melting pot to keep up with demand. 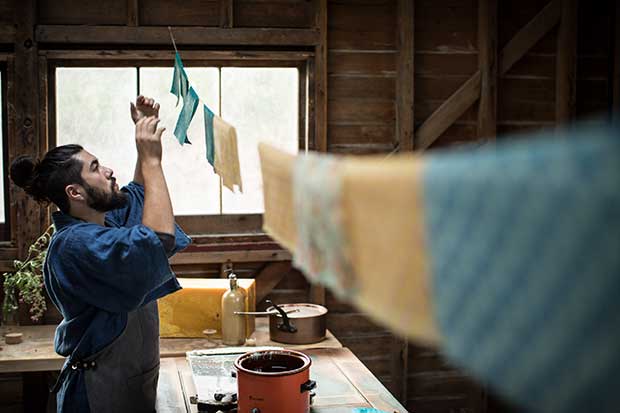 Hardly surprising then, that the recipe for LilyBee Wraps – a beeswax based, reusable alternative to plastic wrap – remains the closely guarded secret of founders Stacia Jensen and Miko Hayashi. Since launching their product 18 months ago, LilyBee has turned over close to 20,000 orders, grown a large social-media following and seen the company become the focus of an Auckland University business-course study. 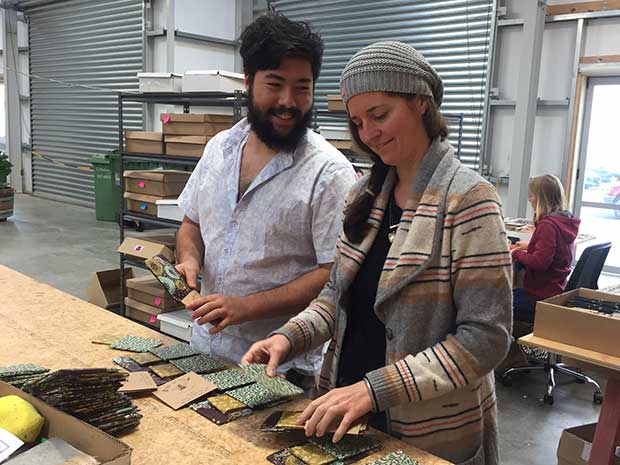 Stacia and Miko are not the first to coat cloth with beeswax and sell it as food wrap but they claim the months of experimenting to perfect the process has resulted in a product with superior properties. “We had problems at the start; the beeswax was very brittle when brushed on the wrap and it fell right off. So it was about getting the wrap to stick and create that freshness seal,” says Miko.

“The key to success was that the wraps had to be quick, easy to use and with a choice of aesthetic. That’s what makes people more likely to adopt its use as a habit.”

More stories you might like:
Why Ōtāhuhu artist Lissy Cole is hooked on colourful crochet (and owns the word fat) 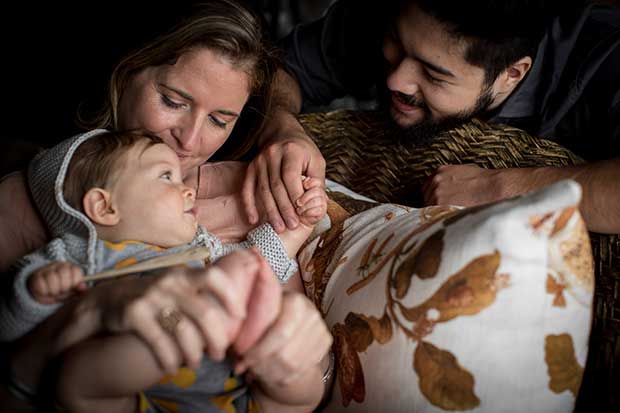 The habits of billions of us means more than 220 million tonnes of plastic is produced globally each year with seven million tonnes ending up in the oceans.

This doesn’t sit well with Miko (half Japanese-half Italian and born in India) who grew up on solar energy and food foraging in the rainforests of Australia’s Byron Bay; or his partner, American yoga instructor Stacia Jensen, whom he met at a retreat in the Coromandel two-and-a-half years ago.

Several months traveling throughout New Zealand in Miko’s van laid the foundations for the nature-loving couple to try to do their bit for the environment. “We saw an unnerving amount of rubbish at tourist spots and even in lesser-known areas,” recalls Stacia. 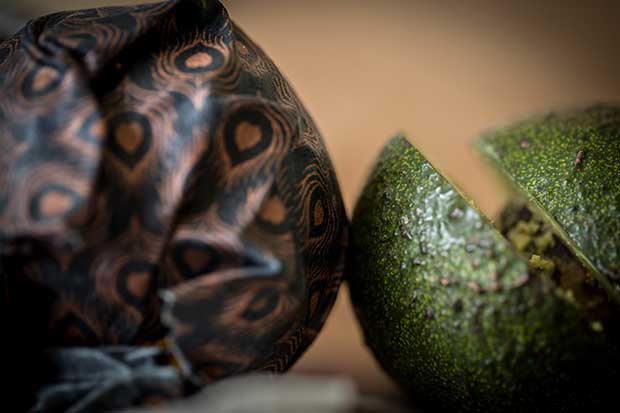 The couple began questioning their own use of plastic and became concerned about its potential toxicity in their food. However, it was the birth of their first child, their son Kio, which spurred them to act on their principles.

“It started as a little home project because we felt really passionate about not using single-use plastic. The arrival of Kio was a big motivator in how to leave the Earth in a better state for him, and in time, his children,” says Miko. Miko (credited by Stacia as ‘the patient one’), started tinkering with beeswax recipes at all hours of the night, often brewing batches between nappy changes and helping to look after their new-born.

It took three months slaving over a hot stove for Miko to give the recipe his seal of approval. From there, the pair decided to test the market at the Hawke’s Bay Farmers’ Market. 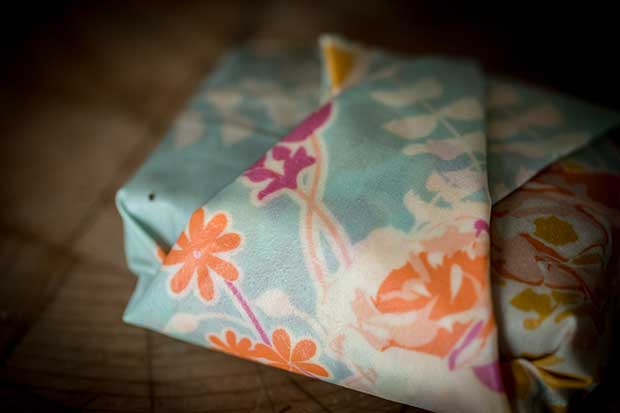 “Our very first market was actually a bit of a flop due to a Christmas parade and not much traffic at the market. We came home discouraged, but the next market was amazing and it just kind of grew from there,” reflects Stacia. “People were so encouraging of our product and our story. We received amazing feedback and that gave us the confidence to keep going.”

Today it is a hive of activity on the LilyBee production line. There are 13 staff melting the solution of beeswax, tree resin and coconut oil, cutting fabric (100% breathable cotton) and melding the two. They strive to create a product that, in time, is almost entirely locally sourced. Their next innovation will be a vegan range (not using beeswax). 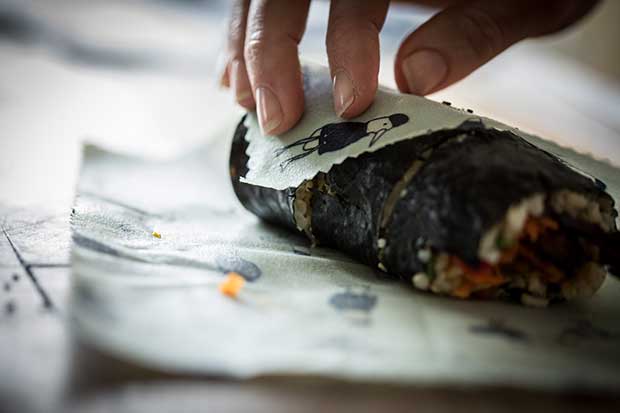 Eco-friendly and local are terms which sit comfortably with Stacia and Miko, but ‘corporate’ does not. “Corporate is not us. We are a family business and want to keep that family feel. It’ll be a natural evolution whether to expand or not,” says Stacia.

“We estimate we’ve sold over two million metres so far and have helped more than 14,000 families stop using clingfilm. Most of our consumers are mums making this change in their homes – they’re the ‘frontline’. I get goosebumps talking about it, it’s so inspiring. 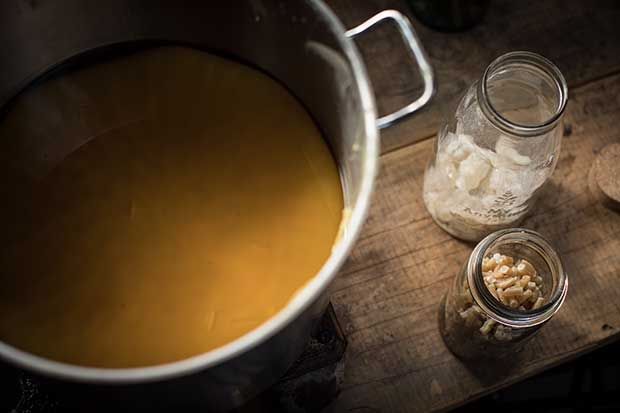 “It doesn’t matter who you are, you can make a really positive difference in the world and your own life by making small changes,” she says.

LilyBee Wraps still regularly exhibit at the Hastings Farmers’ Market on Sunday but the product is also now available online and, soon, will be on supermarket shelves: Stacia and Miko are in negotiations for Countdown to stock their product.

Most of the company’s current 100 New Zealand stockists actually approached the couple for their product and Stacia and Miko say 49% of the wraps are sold offshore to households in the US and Australia. 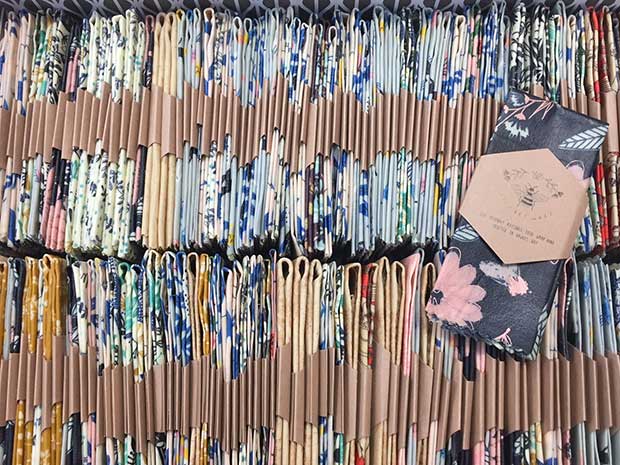 The environmental impact of plastic is confronting, but according to this enterprising pair, being part of the solution needn’t be. “The world’s plastic epidemic might seem insurmountable but there is an appetite for change and each one of us can play our part. There’s a real beauty in that,” says Stacia.