How Monique Fiso is raising the bar on Maori cuisine 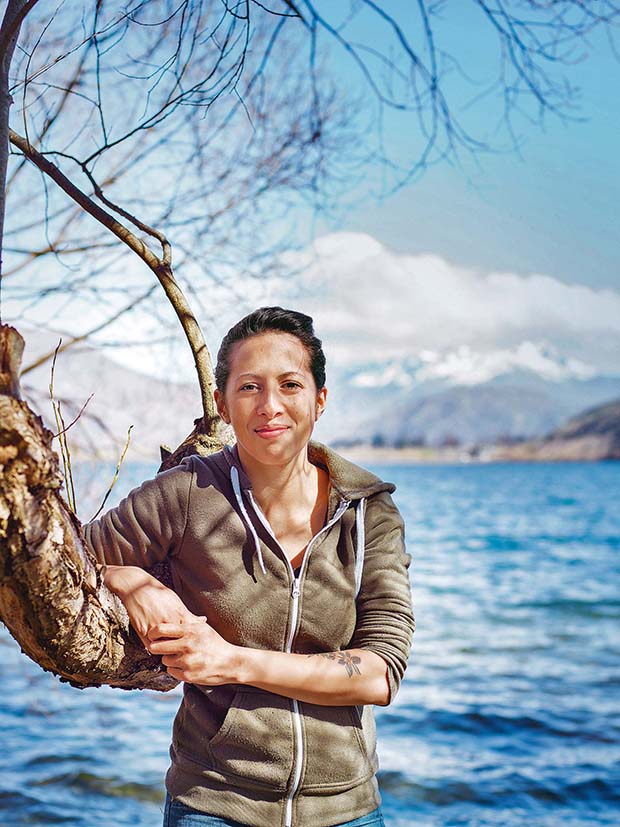 Monique Fiso is one of the most innovative young chefs in Maori and Pacific cuisine, but it took a job halfway around the world for her to discover her true passion.

There’s a full-page portrait of Monique Fiso in the Martin Bosley cookbook. Doe-eyed and doughy – Monique is kneading bread in the photo taken in 2009, when she was fresh out of WelTec and working as a chef de partie for the Wellington restaurateur. Under Martin’s watch, the baby-faced 20-year-old had been honing her classic European culinary skills and had her heart set on becoming a pastry chef.

It would take travelling to New York for her to discover that her passion actually lay in the form of cooking she’d always shunned; part of a culture from which she felt alienated.

“I was a little bit of a self-loathing Maori, and by a little I mean probably quite a lot,” says Monique, now 28. “When I moved to New York, people started saying things to me about New Zealand, Maori people and the haka. At first, I was all defensive, and I’d be like, ‘Yeah, what about it?’ Then I began to wonder, ‘Why am I so embarrassed to be Maori?’

“I was thinking about what type of food I’d like to specialise in: did I like French, did I like Italian? And then I thought, ‘Duh, it’s so obvious. I really like smoky food and root vegetables ­– I actually like Maori food.’ I just hadn’t put two and two together.”

Monique Fiso talks raising the bar on Maori Cuisine from This NZ Life on Vimeo.

Hiakai is a restaurant pop-up series Monique created that aims to raise the bar for Maori cuisine. She and her chefs use classic Maori cooking methods, such as earth ovens and steam cooking, to create dishes like paua porridge, hapuka tartare with horopito and boil-ups of Michelin-star quality. The events are held all over the country and have become so popular they’re regularly sold out. 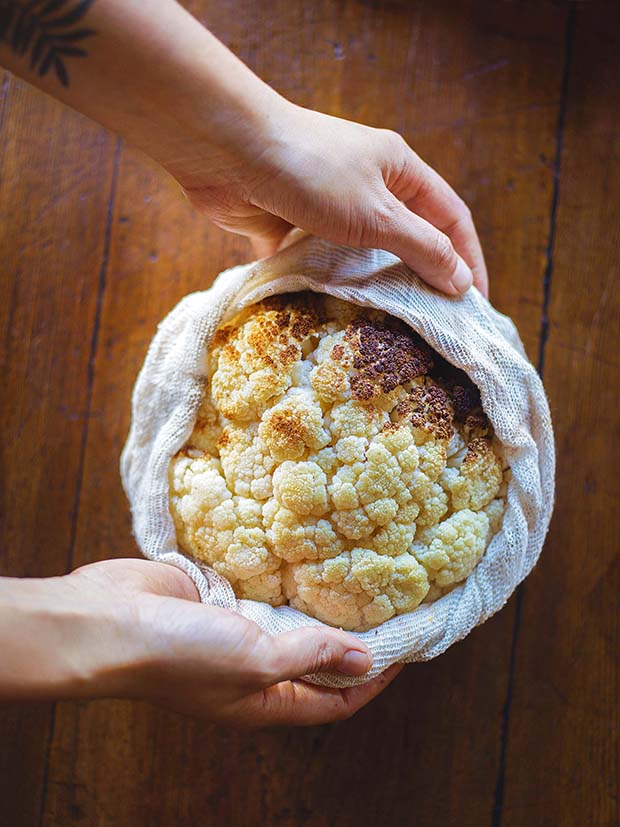 “A lot of people say, ‘I don’t like hangi, it all tastes the same’. My job as a chef is to use what I know to better execute this cooking technique. So, instead of plonking meat into a hangi, I have to season it properly and brine things so they don’t dry out.
“It’s a challenge as I’m trying to convince people that Maori food can be just as luxurious as French food, and doing that without ingredients like butter and truffle oil. Nothing compares to that smoky earth flavour – it’s a taste you can’t recreate another way.”

Growing up in Porirua and central Wellington, Monique hadn’t ventured near a marae and had barely tasted hangi, despite her mother being Maori and her father being Samoan. Nor did she hail from a long line of cooks.

“I came from a family where we ate takeout food a lot. My parents were so busy and worked really long hours, and there were five kids in the family. I used to go to the school library and read cookbooks as a six-year-old – I’d think, ‘Wow that food looks really nice, I’m sick of eating fish and chips’. I thought, ‘I wouldn’t mind cooking a lasagne’ and then it grew into ‘This chocolate soufflé looks awesome’.”

More stories you might like:
Little cabin beneath the stars: A couple's slower lifestyle begins with this 50sqm abode in Mackenzie Country 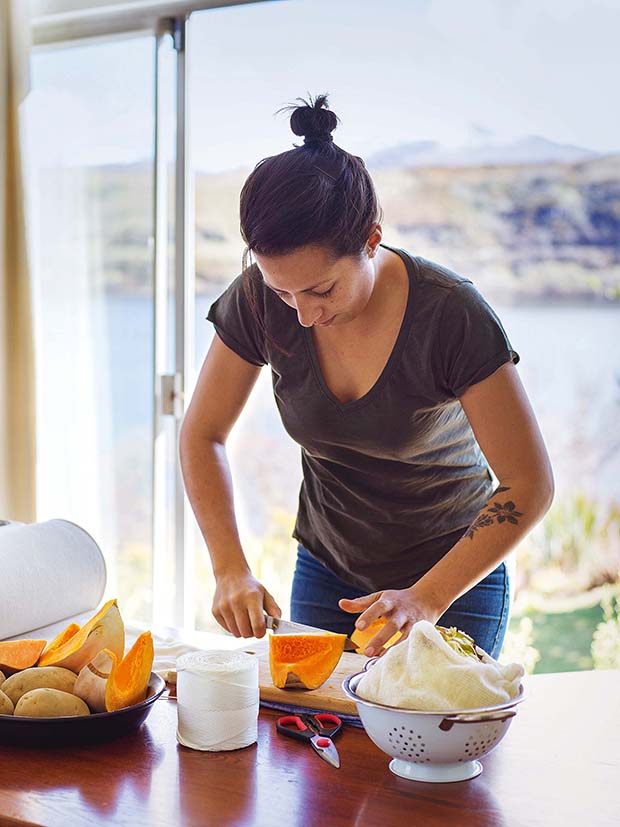 At age seven, Monique wrote ‘chief’ instead of ‘chef’ when referring to her future career choice in a school assignment. And despite the lure of more ‘sensible’ career paths such as law, she stuck to her guns and took a job with Martin after graduating top of her WelTec class.

“There are a lot of good chefs in New Zealand, but Monique is one of only three I’ve worked with who I saw and thought, ‘She’s got it,’ he says. “She’s ambitious and driven, but also has a great understanding of flavour – and I love eating her food.”

After nearly two years on Martin’s staff, Monique booked a ticket to New York on a whim. “I had nowhere to stay and hadn’t even checked if I needed a visa,” she says. After 19 hours of travel, she turned up to Public, the restaurant of top American chef Brad Farmerie and asked for work.
“They just looked at me like hardened New Yorkers with this blank stare, probably thinking, ‘Who is this girl?’ I was still wearing my New Zealand winter clothes in a New York heatwave.” As it happened, Public needed a line cook; they’d hired and fired four other line chefs that same week – Monique was the fifth applicant. Then and there she was asked to get started on the sauté station, having never worked a hot line in her life nor cooked for more than 30 guests. Public served nearly 220.
“I thought, ‘I’m done’,” says Monique. “I kept asking stupid questions like, ‘What’s a quart and a half-pint?’ and using the wrong milk. It was so embarrassing.”

But after putting her through her paces deseeding chillis and segmenting oranges (some of the worst jobs in the kitchen), they asked her back. And then they asked her back again. Monique worked 10 days straight, doing double shifts.

“You see that picture in the Bosley book compared to three weeks into New York – I probably dropped about eight kilos running my ass off around that kitchen.”

Six months later, Monique teamed up with New Zealand chef Matt Lambert at Michelin-starred Manhattan restaurant The Musket Room, which specialises in modern New Zealand cuisine. Monique now calls Matt her “chef dad”, and since her return to New Zealand in 2015, the pair has been working together on his new bistro in collaboration
with clothing label Rodd & Gunn, The Lodge Bar on Lake Wakatipu.

Matt was also instrumental in Monique’s first Hiakai pop-up, helping her to connect with Michael Meredith, whose Auckland restaurant Merediths was the site of her first event.

“The big vision of Hiakai is that I eventually want it to be a restaurant, so I’m doing a lot of research and development during the pop-ups and seeing the reaction of the guests,” says Monique. “At the start, I held back a bit and kept it quite safe, but I kept pushing myself and being a bit more unapologetically Maori.” 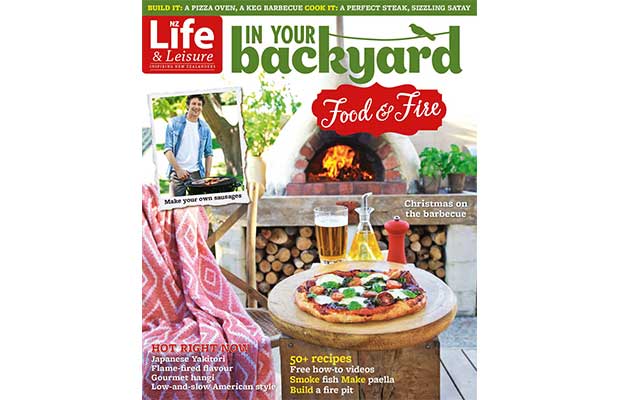 Monique shares her hangi making tips in In Your Backyard: Food & Fire, on sale now. Or order online here