MPI is out of touch says artisan cheesemaker 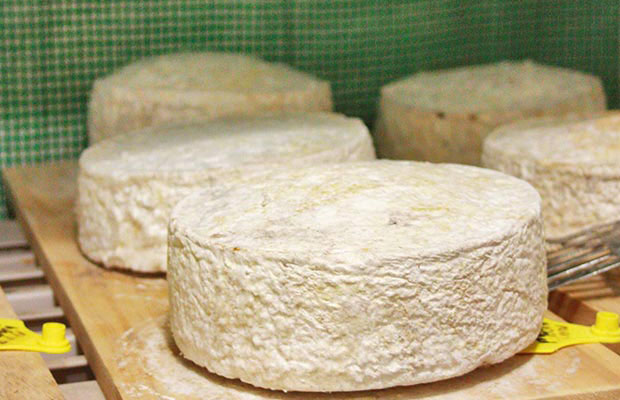 An artisan cheesemaker is concerned that increasing costs of compliance will force their business to go underground.

The ultimate compliment for Lyn and Jim Haycock is when foreigners walk up to their farmers’ market stand. They take a deep sniff, then a taste of the couple’s real artisan cheese and quickly get nostalgic.

“You get a Frenchman come in,” says Jim, “He tries the cheese and the eyes roll back in the head and he says ‘that’s the best thing I’ve eaten since I left France.’” Lyn first started making cheese as a hobby, testing it on family, friends and co-workers. After she went through the process to be able to sell her cheese, starting a stand at the Clevedon Farmers’ Market, a cheese retailer offered to trial selling it.

“He took away a couple of kilograms of my blue that had matured for three months and he paid $60 a kilogram. He sold it for $140 a kilogram. I was so septic, I went away and sulked for three weeks! Then my friend Rae suggested selling it at the gate so now we have a little shop at the gate.” 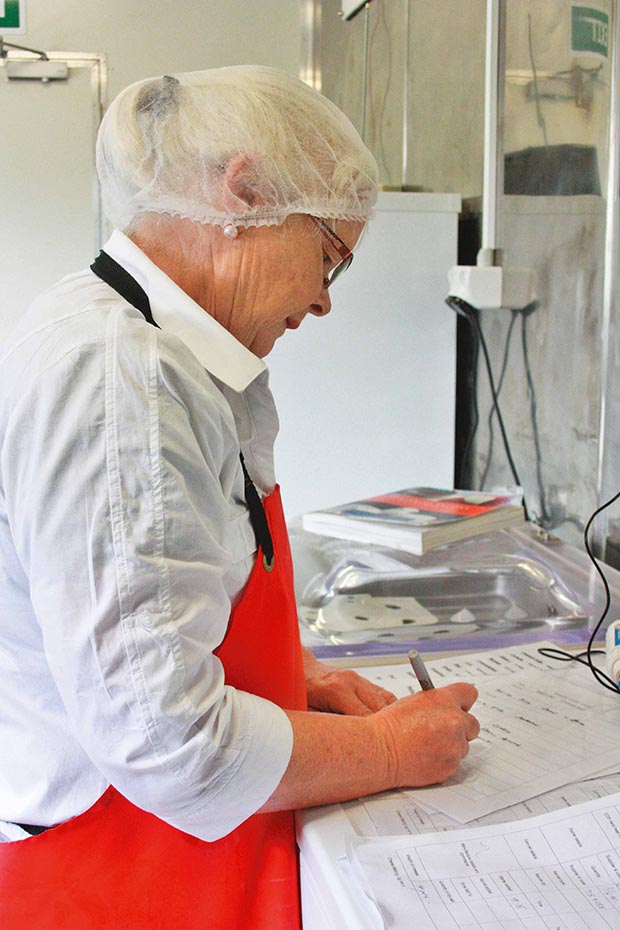 The couple have a herd of five Guernsey cows which currently live on a nearby dairy farm. Every morning, Lyn takes her rubber mat-lined car to the milking shed and fills the boot with big buckets of golden creamy milk – Guernseys produce a very yellow milk compared to other breeds of cattle like Friesians and Jerseys – to use for her daily cheesemaking.

She and Jim have a mini cheese factory they created themselves out of an old 12m refrigerated container. These types of container are lined in stainless steel, making it the perfect base for a one-woman cheese production unit. Lyn pours the fresh milk through a filter, bucket by bucket, and it goes down a short pipe directly into the commercial vat where she’ll make the cheese for that day.

But before she can do that, she has to go through a careful sanitisation process of the buckets. She then steps out of her boots and steps through the door into easily cleaned rubber shoes. Once inside, she puts on a coat and carefully washes her hands before entering the main room.

More stories you might like:
Bird on a Wire entrepreneur Sophie Gilmour says adaptability is the key to success 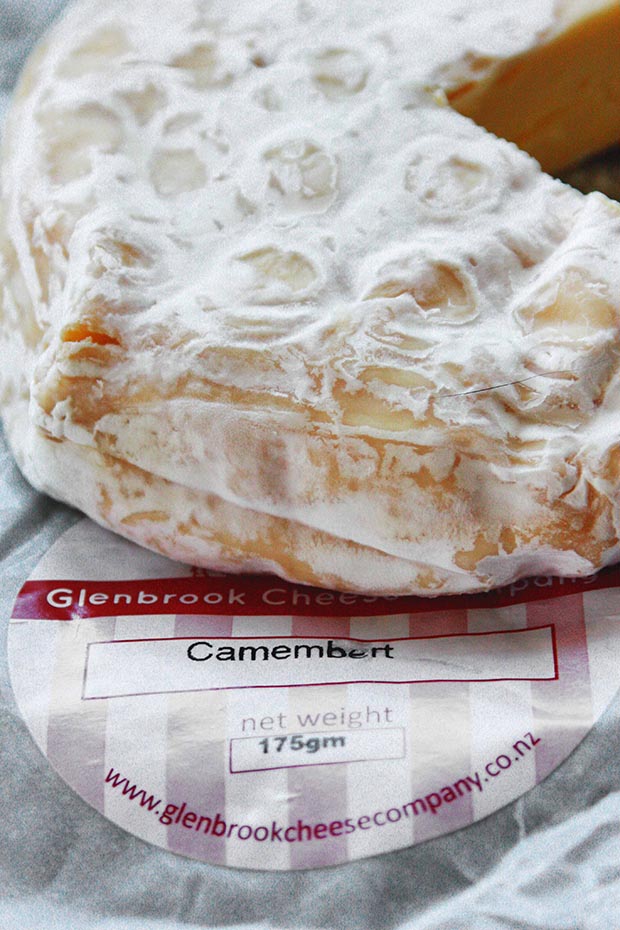 The first thing she does is open up her food safety plan folder. “I document everything very carefully, I’ve given MPI (Ministry for Primary Industries) a process of how I collect the milk in my RMP (risk management plan) and get it straight into the vat.”

“The regulations are the milk has to be cooled down to 4°C within three hours of milking,” says Jim, an engineer who used his skills to create the facilities. “Whereas we collect the milk hot (out of the cow) and it goes straight into the vat and is pasteurised.”

Lyn then spends her day cheesemaking which mostly involves small amounts of time working with the milk and curds to create her delicious camembert, feta, halloumi and farmhouse blue cheeses. There are hours of waiting for it to process, and Lyn spends much of that time cleaning and sanitising equipment.

In her previous life, Lyn was a nurse, and her last year of work was in a hospital writing formal scientific test protocols. It turns out that was good training for creating her RMP, a document that outlines in great detail how she will safely make cheese and keep her facilities to a high standard of cleanliness so she can comply with the Food Act.

However, even with the advantage of a scientific background and strict adherence to those protocols, Lyn faces very high costs to gain the official compliance she needs to make and sell her cheese. 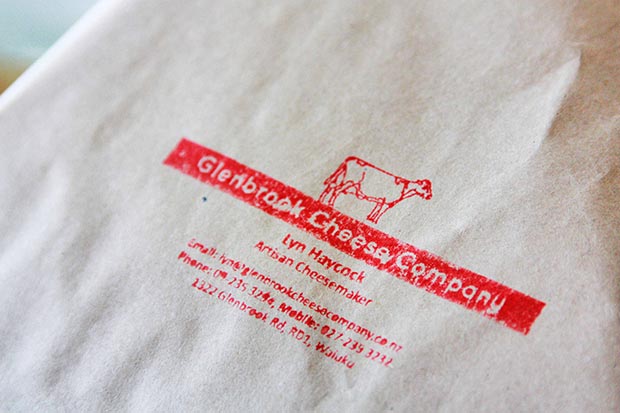 “Your RMP has to be audited every year and the audit cost is horrendous,” says Lyn. “When we started out (in 2014) it was about $2000, which we thought was bad enough, but the latest quote from AsureQuality was $4000.”

Jim says their dealings with the Food Act rules around cheesemaking are like being in an episode of Yes Minister, and this latest cost increase has them incredulous, because nothing the auditor does has changed.

“We said to them, ‘this is crazy, what’s the breakdown?’ They said ‘we charge our auditors out at $190 an hour’. I said ‘that’s blankety blank ridiculous’. They told me because our auditor comes from Whangarei we have to pay travel time and that’s five hours at $190 an hour – that’s $1000 just to get her here, then something else and something else and that’s how they work it out. “We said, ‘well hang on, the auditor does more than one audit when she’s down here, we’re not paying for five hours travelling time, because are you charging everyone five hours travelling time?’” Jim says it’s an exasperating process. “The lack of transparency around the charges we face is unacceptable and we are yet to see any evidence of the issues that these increasing costs claim to be addressing. Our concern now is that businesses will be forced underground and likely to create the issues MPI are attempting to fix in the first place generating even further rules, regulations and costs.

There are currently only two organisations in NZ which can do the weekly, monthly and yearly testing required to run an artisan cheesemaking operation under the Food Act. One is AsureQuality, which is owned by MPI, and the other is a company called Eurofins. Jim says their experience with both has been disappointing, with important tests often lost or so late they can’t sell the cheeses the tests relate to until they are found (as their RMP forbids it). 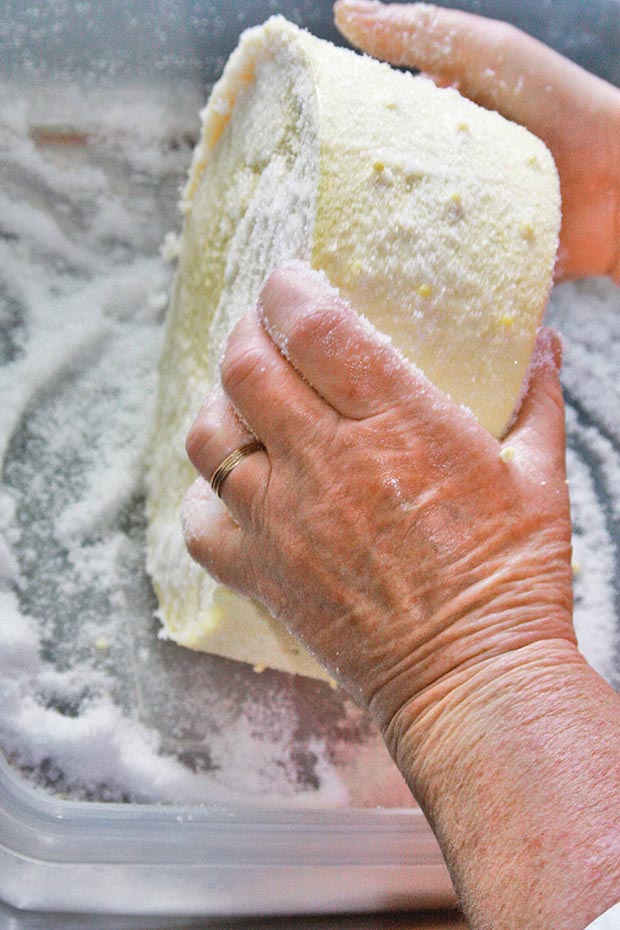 “If the results are meant to come out on Thursday and you’re selling the cheese at the weekend and the results don’t come until the following Monday, it makes life a bit difficult.”

Their compliance testing and audits are a significant chunk of their annual running costs but none of it adds up says Jim.

“At the same time we got that quote from AsureQuality, we had a vet here to do a caesarean on a cow. How much do they charge an hour? $110 and I know which is a much more complicated job. Once your RMP is set up the audit is really only – despite what the lady at AsureQuality was trying to tell me – a box ticking exercise: you’ve done this, you’ve done that, how did you do that? It’s really not bloody rocket science… you have to be reasonably savvy, but you don’t have to be a rocket scientist.”

More stories you might like:
Striking a chord: This musical couple grew their ukulele festival into the largest in New Zealand 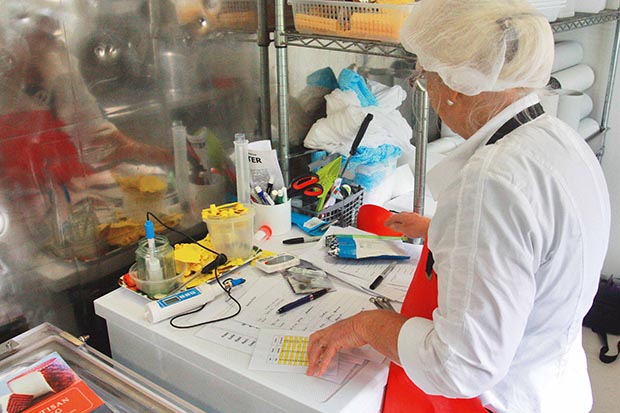 The couple have no issue with the auditor herself, choosing her specifically because she has made cheese and worked in dairy sheds.

“I like our auditor Jude,” says Lyn. “She’s got a very good understanding. I couldn’t be dealing with someone who’s got a food degree and knows everything but really knows nothing, who’s never worked in a dairy shed or put cups on a cow.”

While there are a lot of challenges, you only need to be with Lyn for a short time as she efficiently bustles around her cheese room to know this woman is not the kind to give up.

“There is no way that I could say that I’m holding my own here financially, but I’m kind-of hoping that in time, and if we can grow a bit more and increase the volume… just by having a greater volume the costs will become less significant. The costs are so crushing, if they keep going the way they do, little artisan businesses will go, but it is a good thing? I don’t think so. “I won’t be giving up anytime soon, cheesemaking is fun. I’ve set it up so I can make cheese until I’m 90. You’ve got to have a tenacity to do it, you’ve got to be able to blend the art and the science. And you’ve got to be bloody determined, there are challenges all the way, whether it be animals, weather, costs, whatever, rolling up to the markets in shitty old weather.

“It’s just kind of working out how we can work within the system, comply and possibly make enough money to pay the bills.”

MPI say they have worked hard to keep costs down, but that they can’t take shortcuts on food safety, particularly with high risk foods like cheese.