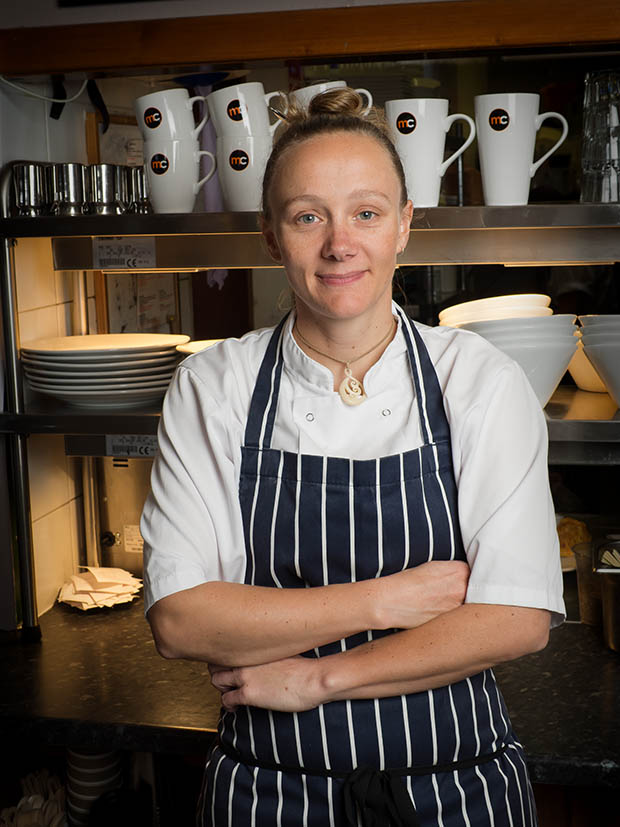 Kirsten Gilmour is winning the hearts and stomachs of Scottish food critics one sweetcorn fritter at a time in her cafe in the Scottish Highlands.

Words: Nathalie Brown
New Zealander Kirsten Gilmour has done for Aviemore in the Scottish Highlands what restaurateur Fleur Sullivan did for Clyde and Moeraki in Central and North Otago.

People who had barely heard of the village before Kirsten took over the Mountain Café in 2004 are making the two and a half hour drive from Edinburgh to Aviemore to enjoy her sumptuous Kiwi-inspired brunches, morning and afternoon teas. 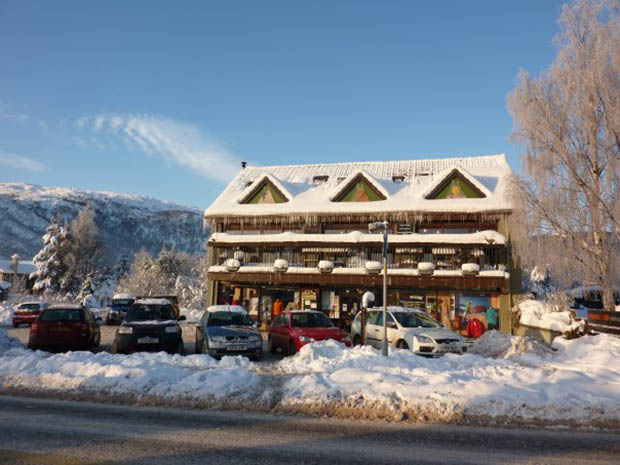 Trip Advisor rates it among the top three cafes in Scotland, and it has won awards from the Scottish hospitality and tourism industries, while Kirsten has been a regular contributor to BBC Radio Scotland’s Kitchen Café since 2014.

And now she has written The Mountain Café – a Kiwi in the Cairngorms – a beautifully presented cookbook published by Kitchen Press. It celebrates her Kiwi-Scottish cuisine – superb Scottish ingredients, products and seasonal vegetables, fruits and herbs with an imaginative New Zealand twist. 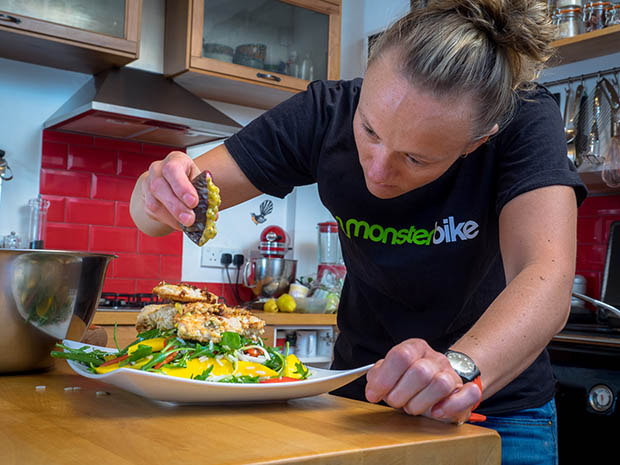 It offers what armchair foodies most want – fabulous recipes, beautifully detailed and atmospheric photographs and a memoir that captures the author’s voice, warmth and impressive energy. It will be released here at the end of April  for $49.99.

Kirsten describes Aviemore, with a population of about 2,500, as a small Scottish version of Wanaka 15 minutes’ drive to the Cairngorm mountain range and ski field. “Scotland is so much like New Zealand’s South Island, I felt at home the minute I got here,” she says.

Home for Kirsten was Temuka in South Canterbury within sight of snow-cloaked mountains. She spent most weekends on her grandparents’ lifestyle block and that, she says, is where her love of food and cooking began. 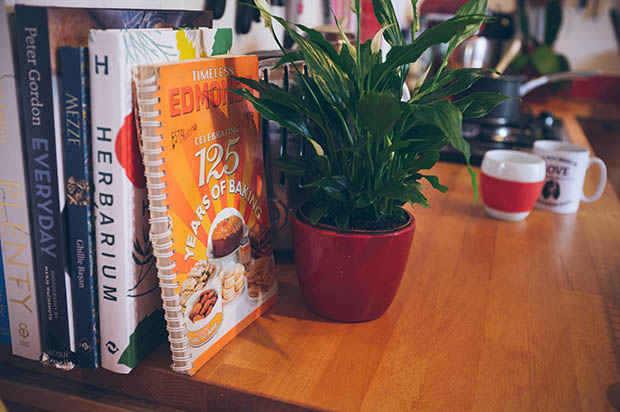 The Edmonds Cookbook traveled all the way to Scotland.

“My grandfather, John Saver, was Hungarian and my nana – Heather – was a hard-core Southlander. They grew and cooked all their own fruit and veg; they had home-killed meat. I wouldn’t be here without their influence. I hated school but found myself when I went to Aoraki Polytech and did my chef’s training under Lindsay Bennett who was inspirational. He was very strict on me and taught me the boundaries I needed for working in a commercial kitchen. I’ve always kept in touch with him. He’s got his own place called Fusion on the Bay Hill in Timaru” 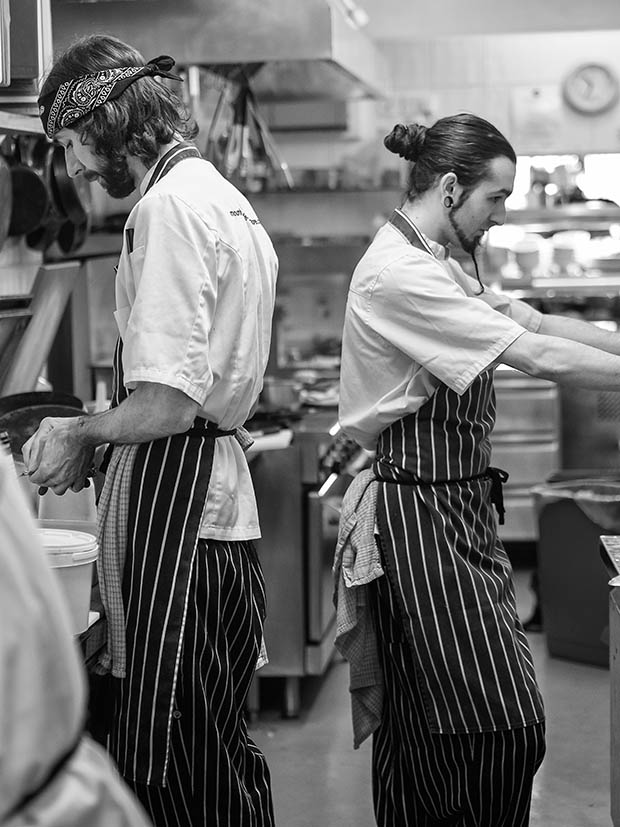 There are 21 staff at the Mountain Cafe.

Kirsten bought a one-way ticket to the UK in 2000 to cook her way around the world. She worked in prestigious London restaurants but got side-tracked when she reached Aviemore in 2001.
“I got a job in the outdoor shop below the café because I needed a break from cooking. I was hiring out skis and learning rock climbing, mountain biking and hillwalking, and I met my husband Al, who is an instructor at Scotland’s national outdoor training centre. 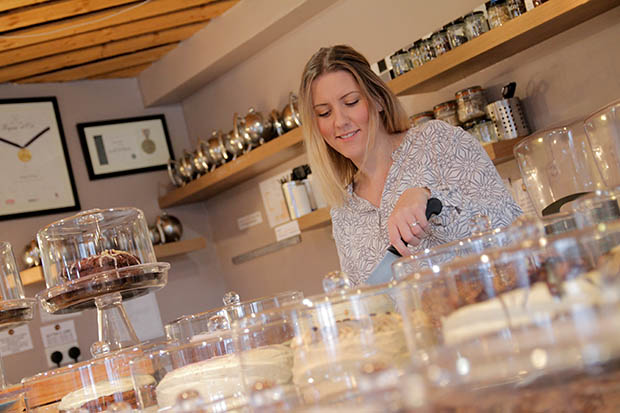 Baked goodies at The Mountain Cafe.

“The cafe was a typically twee Scottish tea room that did toasted sandwiches and shortbread. People would come down the stairs moaning about how bad the food was, and I’d be saying to my workmates, “Boy! If I had that place, I’d get New Zealand sweetcorn fritters on the menu and smoothies and ANZAC biscuits and melting moments, and we’d have proper flat whites.’

I borrowed money from my parents-in-law and took over the lease on the place. And the things that sell well in the café are the things I was brought up eating as a kid.”

As for the future: “We’re here for life, I think,” says Kirsten. She and Al own a Victorian stone house in Grantown on Spey, a beautiful Victorian village 18km from Aviemore.
“We love it,’ she says. 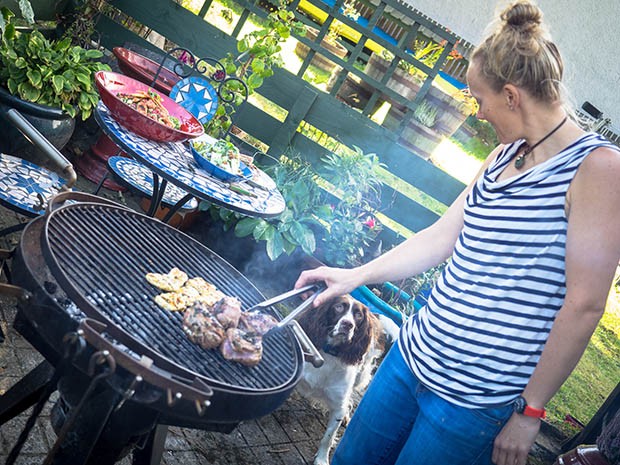 Kirsten doing a Kiwi barbecue in her backyard in Grantown on Spey.

“It’s got an independent fruit and veg shop, a butcher and a deli. I spend long hours in the café, where I have 21 staff, and I’m training most of them, with the help from my manager and second chef. As soon as I get days off or an early finish from the cafe I’m straight out into the outdoors on my bike or by foot with my dog and Al. But who knows – maybe I’ll think about coming back to New Zealand after I retire.” 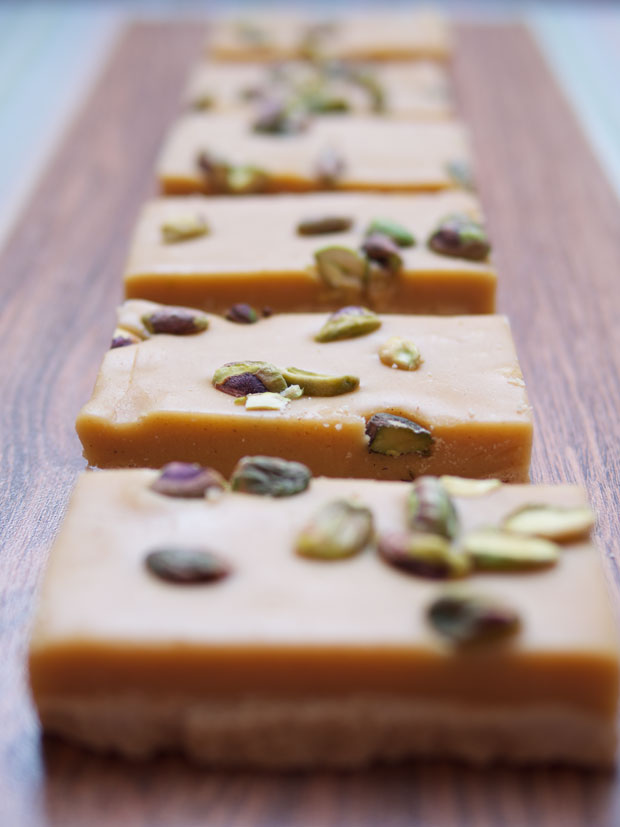 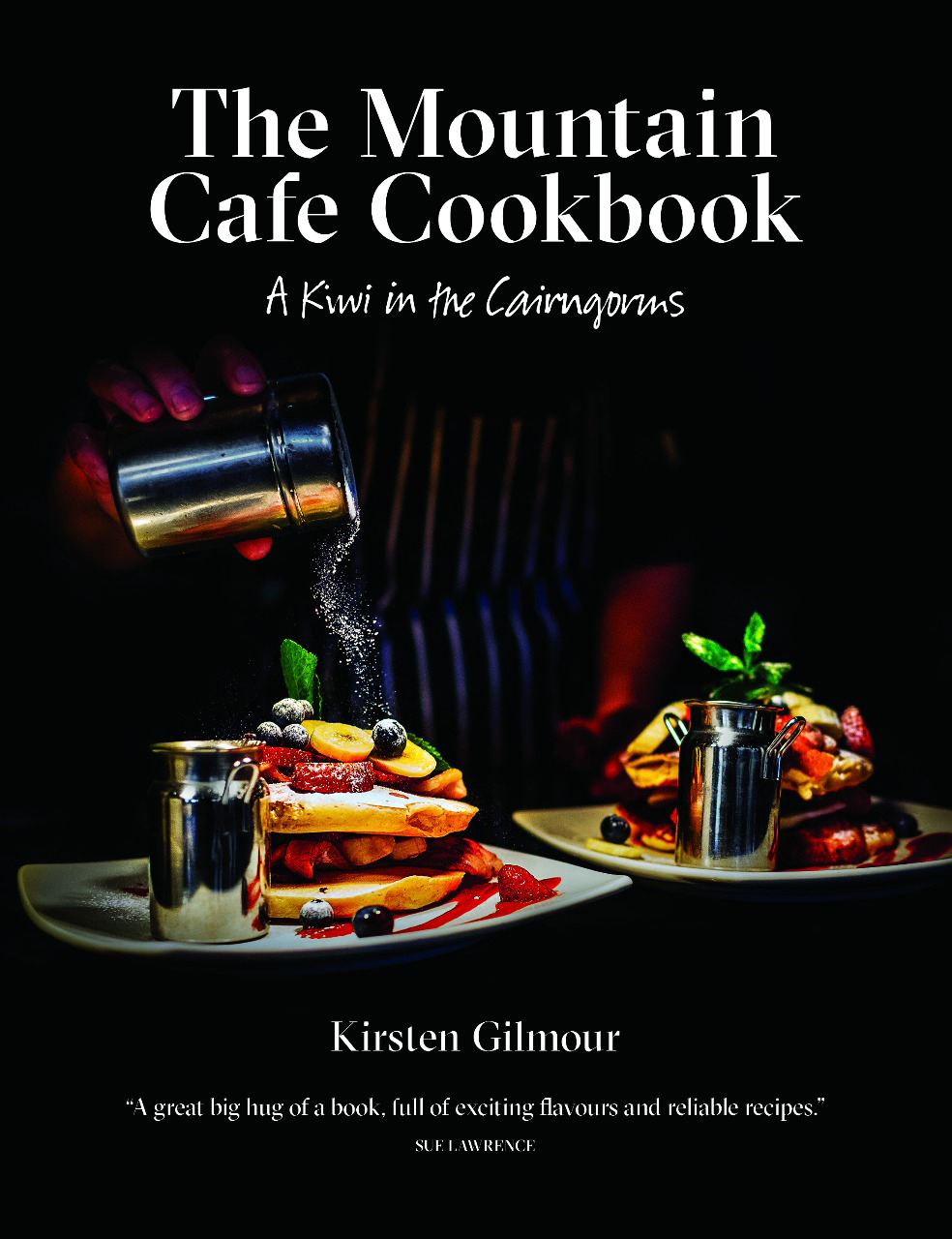 Kirsten’s book is available for $49.99 from Nationwide books