Polly is deeply touched by the power of people when her mum goes missing in Spain.

The lesson in kindness began in a roundabout way with a long-distance phone-call. It was early Friday evening.

“I don’t want to alarm you,” my mother began. Because this is her customary way of announcing unsettling news, I immediately braced for turbulence. She’d had a ‘funny turn’ in Barcelona the night before. Apparently she’d walked the streets for hours, unsure where she was. She hadn’t remembered how to work her phone. People had laughed when she approached them. Someone had eventually helped her to a hostel.

“I’m fine now,” she assured me, “although my coat’s been stolen and I don’t have my luggage. But I can’t talk more. My phone battery’s flat. I’ll ring in a few days.”

With an abrupt farewell she hung up, leaving me gaping with unasked questions. Of course no one answered when I tried to call back.

“Isn’t she meant to be in Portugal?” James asked.

I perched on the couch, fretting. What was mum doing in Spain? How could she not have known where she was?

Around midnight my phone rang again. It was the manager of a Barcelona hostel. Somehow he’d deduced I was mum’s daughter.

“Your mother’s gone missing,” he said. “She said she was going out for 10-minutes but she’s been gone for hours.” She’d left her purse and passport on the hostel counter and her phone charging behind the desk. “She seemed confused. I’m really worried.”

It was like being becalmed in a yacht. Stuck on the other side of the planet, there was nothing I could do to get things moving. My mother is small.

In my mind she shrunk to a speck in a heaving ocean of anonymous faces on crowded city streets. She looked panic-stricken as she attempted to swim against the current. I saw her crouched in gutters; heaped in shop doorways; pinned to the side of a roaring expressway. An overactive imagination can be a curse. 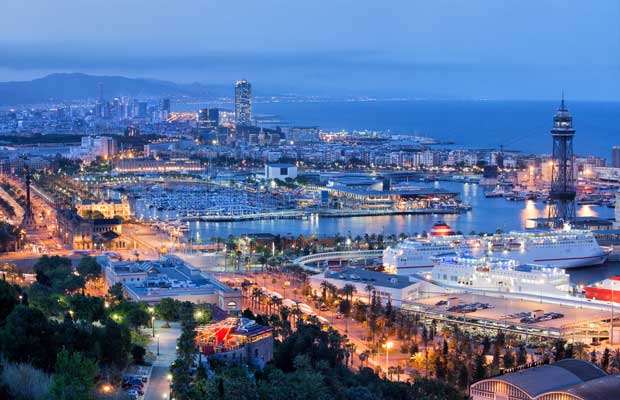 The New Zealand Embassy in Madrid helped me out from the doldrums. Chantal was exactly the sort of woman you want to reach when marooned while metaphorical storm clouds are building on a foreign horizon. Instead of offering false reassurance and banalities, she called the Barcelona police.

“Normally you have to wait 48-hours before you can declare a person missing, but I’ll see what I can do.”

At 2am, she rang to say a policewoman had found my mother.

When I spoke with mum, she sounded wrong. She was too cheerful. I felt uneasy. A friend from Sweden arranged to catch the next plane out to be with her.

On Saturday night (Saturday morning in Spain), my mother called again, sounding terrified and bewildered. “I don’t know what’s happened. I thought I was in Wellington. My mind keeps going blank,” she said.

“Just sit tight,” I instructed. Chantal arranged for the hostel to keep an eye on her. Eva from Sweden would reach her soon.

Mum was booked to fly from Portugal to India but it was obvious her journey needed to end. My husband James speaks fluent Spanish. Mum asked if he’d come and get her.

Despite a full-cover policy, her travel insurance company did not come charging in like a horse-mounted knight. They might have advertised peace of mind but apparently that didn’t apply to people whose minds were suddenly in pieces.

Mental illness is murky territory. Of course they hoped to prove a pre-existing condition. This is an industry better known for cunning and slyness than straightforward transparency. All the same, it was disappointing to be reminded of grease-covered snakes when I asked for the protocol to bring mum home.

There was nothing to grip for an answer. The slippery help desk dispatched forms and non-commitment instead of advice.

It took James 37-hours to reach Barcelona. Meanwhile Eva navigated mum through a Spanish hospital where she was scanned, prodded, tested and examined by neurosurgeons, psychiatrists and other medical staff. The final diagnosis was Confusional Syndrome, an extended state of delirium brought on by extreme tiredness, dehydration, stress and anxiety.

The doctor expected a full recovery but stressed mum must be accompanied home.

If I’ve sometimes felt lately that humans are a species of parasite sucking too hard on the Earth; my mother’s crisis provided a reminder of everything good about people. Kindness comes straight from the heart. It’s given without expectation of reciprocity. Compassionate strangers recognized the needs of my mother and went to help. A young man stopped to help a disorientated older woman find accommodation.

Claudio, the hostel manager, worked beyond his shift to ensure my mother was safe. Chantal from the Embassy kept calling to see what we needed. Eva dropped everything to jump on a plane. Her father bought the flights without hesitation.

When friends and family learned of mum’s plight, offers came piling in. Friends of friends were on standby in France and Spain to go to her aid. Did we need money? With James away, did I require help at home in the bush? Friends took the kids for a day. Another cooked a meal. Kindness kept blooming in unexpected bursts of colour as genuine people tendered their help.

The only one who really failed to model concern was the travel insurance company. I get that it’s their job to assess claims. Even though my mum has no history of mental illness, I understand it’s in their interests to check her medical history but so far I’ve made 14 calls to the company and gained no traction in her case.

I’ve rung with information, questions and concerns. Six days after I first made contact, they still hadn’t even contacted mum’s New Zealand doctor. They offered no advice regarding my mum’s pre-existing flights, or how to reclaim her missing suitcase.

When James reported my mother was sleeping for large parts of each day, the insurance company gave no guidance on how to put the emergency flights home on hold. It is ironic that the organisation paid to provide assistance in a time of crisis has done the least to help. Dealing with it added a whole other dimension of frustrated stress to an already stressful situation.

“We’re sorry you feel this way,” managers told me twice when I complained. Their responses sounded automated. They continued to be as un-pin-down-able as slippery snakes.

Maybe this is where we’ve gone wrong as a species. People are essentially nice but is there any humanity in the corporations, conglomerates and establishments we subscribe to?

“I’m not complaining to you personally,” I told the help-desk worker on my 13th call as I grew angry. “But this is my mother and I need to know how you are helping.”

“I know,” the man sympathized. “But we have to follow our guidelines.”

Mum’s case with them continues to be a work-in-progress.

We got mum home in spite of her travel insurance company. She continues to recover well; deeply touched by the power of caring people. She’s been a very kind person throughout her life.

Maybe kindness works this way, sweeping back on the kind when they’re in need. From where I am now, it seems like a much better form of insurance.