Polly turns to a whale when time rushes by.

After too many water-logged weeks, autumn is finally meeting expectations in the Far North; delivering long, still, days that are crisp around the edges but filled with warm, mellow sunlight.

Across the valley, early-morning wood-smoke hangs in cigar-shaped clouds over our neighbour’s rooftop while the axe has emerged from summer retirement to split kindling for our own fireplaces. 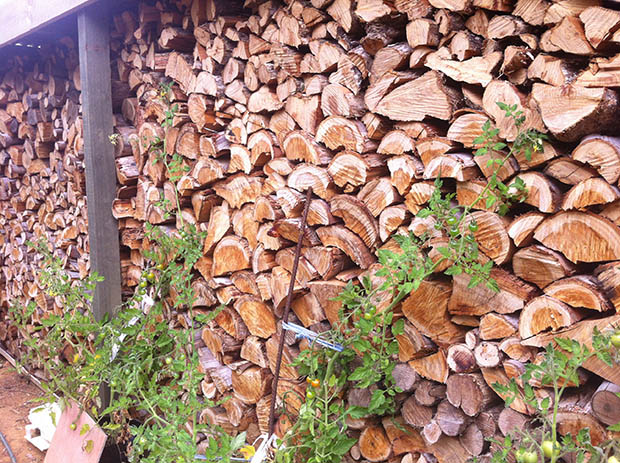 This year, we’ve become a two-fire family. Our old log burner still pumps out heat in The Room, as it’s known, where we sleep on the mezzanine floor; but it’s by the wood-oven in The New Room where the family is congregating between sunshine hours.

Still something of a shell, our new lounge area continues to be a work in progress, but the additional floor area has doubled the size of our house, and the warm, extra space makes me dance and twirl every time that I go in there.
Maintaining two fires means we’re already galloping our way through the firewood stack, but we can afford to hurtle freely, thanks to James’s tree-harvesting industriousness at the end of last winter.

Through poor health or poor planning, other friends aren’t so lucky.

‘I can’t believe we forgot to cut firewood,’ a fellow bush-dwelling friend wailed to me last week. Running her household on a budget the size of a pinhead means buying in firewood isn’t an option so, like something out of a Brothers Grimm tale, her family sets off into the woods each day to scrounge what they can from the forest floor.

James and I aren’t smug. We may have our firewood sorted, but we’re too far behind with our winter gardens to rest on any laurels. 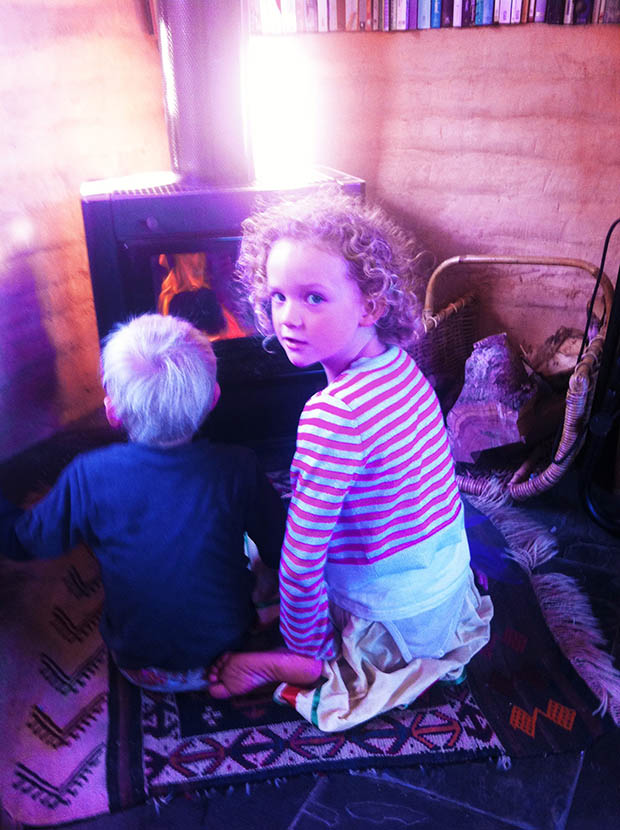 Zen is counting down to his third birthday and Vita (5) is growing up quickly.

‘My garlic’s already up,’ a friend announced yesterday, while jealous inspections of other people’s gardens have revealed cabbages, brassicas and leeks all well beyond the seedling stage in the soil. Our own plants aren’t even in.

‘Will we ever not be busy?’ I sighed to James the other evening as we penned another of our interminable lists of Things-To-Do.

But actually, now and then I think I glimpse such a time in our future. In it, the children have grown and left home, and I see myself sitting in a quiet, sun-filled corner, reading. The completed house seems large and rather empty. We’ve landscaped the gardens; trees have matured, and the stage of creating our home is done.

That too, will be a season, and I’m sure it will come with its own beauty and pleasures, but every time I envision it, I return to the present with renewed appreciation for now; knowing how fleeting it really is.

Sometimes there are ghastly, whining-filled days that seem to last for eternity, but when friends ask what I’ve been up to; whole weeks, months and years seem to have passed in a blur. Already Zen is counting down to his third birthday, while Vita, at five, is screening young males as future husbands. With perspective, I can see that childhood really does go by swiftly. This makes it even more precious.

‘Not just childhood,’ my mother tells me. ‘Life passes in the blink of an eye.’ Sometimes she sounds mystified or astonished as she reflects on how quickly she’s reached 71; other times there’s an urgency to her voice – a quality shared by other older friends as they try to impress upon me the need to seize every moment. 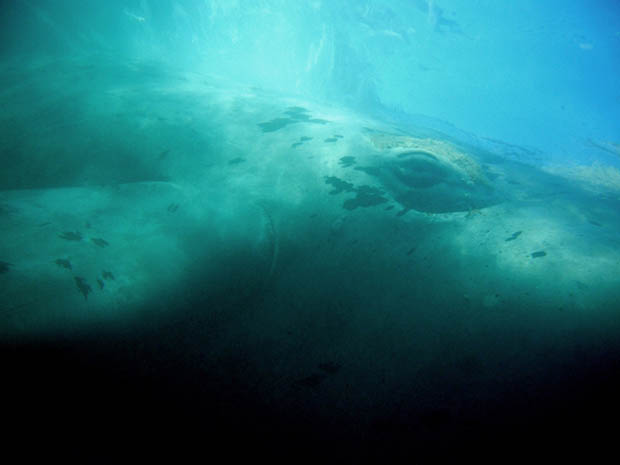 When time’s acceleration gets too much, I like to remember ten years ago when I lived in Wellington and a Southern Right Whale swam into the bay beneath my home. While I stood on the balcony, transfixed as the colossal creature repeatedly rose from the sea and smacked its enormous hulk down, my then-neighbour rushed down the hill to join it in the water with his camera.

He took a few shots from a distance but wanted to get closer in.

‘It was watching me so I asked in my mind if I could come nearer to photograph its eye and you know what it did? It folded one of its giant flippers down to let me in. I got right up close and could touch it.’

He gifted me his photos. The whale stayed beneath my house for 18 hours, causing traffic jams as half of Wellington flocked to the coast to see it. Even after darkness, I could hear it, still slapping the water as it performed its acrobatics, and then, sometime during the night, it moved away.

To me, that whale is Time. In my mind it constantly swims onwards; passing through the ocean in steady deliberation, racking up untold kilometres as it breathes slowly inwards and out. 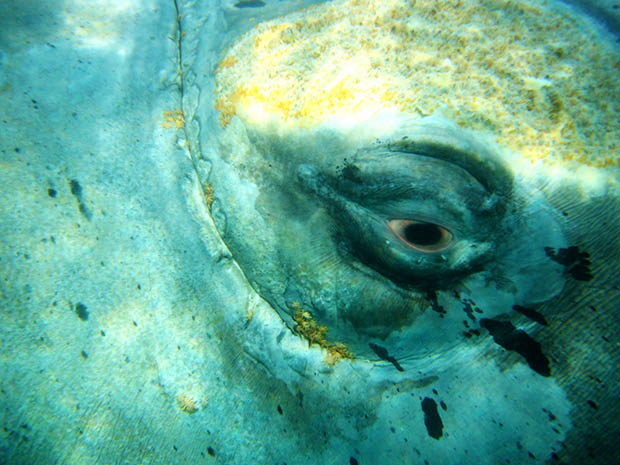 Yes, the years are rocketing by and when questioned, it seems I can’t account for how even half of my days have been spent, but when the merry-go-round feels like it’s starting to spin out of control, there’s the whale; breathing in, breathing out in a fixed and constant rhythm that is unhurried and unceasing as it moves across the Pacific.

In that time, there is time. Remembering this is a gift.

Blog: the pros and cons of homeschool