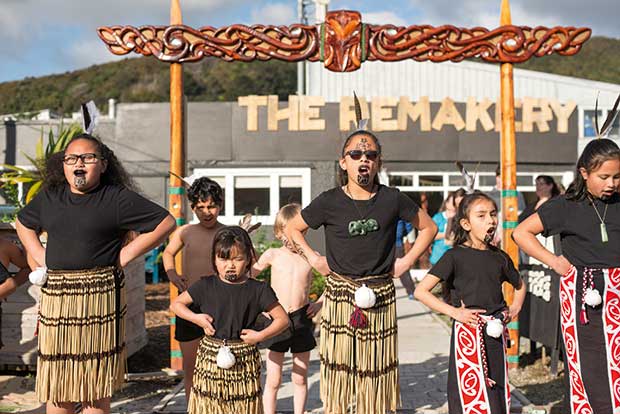 A community that not only grows its food — but also shares it around — is incredibly powerful, says this Wellington altruist.

Every day, volunteers operating from a refurbished, 30-square-metre shipping container make and distribute 200 vegetarian meals for the Lower Hutt community.

Common Unity Kitchen volunteers use 100 per cent locally grown produce, and half the meals prepared are given to children at four local primary schools. The rest are sold for $6 each to cover operational costs.

Common Unity Project Aotearoa founder Julia Milne says each meal sold allows another to be given away. The seasonal menu includes roast vegetable lasagna and pizza, vegan curries, and a rainbow of salads.

All meals are made with produce sourced from micro-farms in the grounds of local primary schools, the backyards of state housing tenants, and from the gardens at Upper Hutt’s Rimutaka Prison. 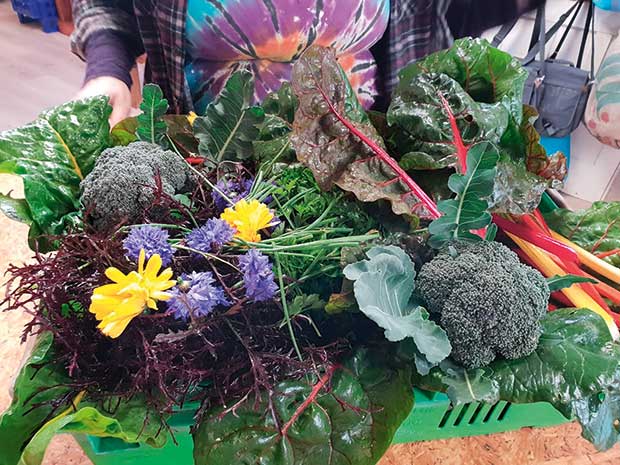 “Every person in the kitchen knows the whakapapa of the food. We know what farm each vegetable is from, who’s grown it and what their story is,” says Julia.

“Our food doesn’t come pre-packaged off the back of a truck. It’s grown in places in our community where things are a bit hard.”

Common Unity began in 2012 when Julia and her neighbour, the principal of Epuni Primary, converted the school’s soccer field into a vegetable garden.

Within several months, that garden grew enough to provide three hot meals per week to Epuni students who came to school with nothing to eat. The children tend the garden, which is now so large that a recent rhubarb crop made enough crumble to feed four schools.

“Gardening is a great thing to teach children because they love rhythm. Late summer is all about the harvest and abundance. We teach them that abundance always means there’s a possibility to share. 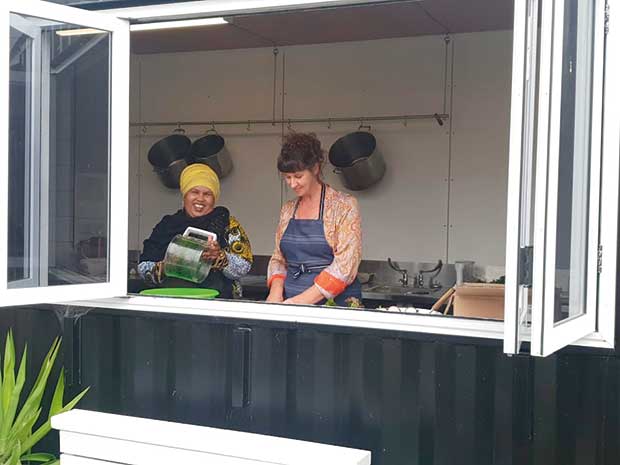 “It’s quite special for the Epuni kids to send their kai across the valley — sharing is a powerful thing when your experience is of not having enough.”

Common Unity now acts as an umbrella to 14 other social initiatives and is partnered with Housing New Zealand and the Department of Corrections. Julia coordinates everything, including a team of 300 volunteers, from Common Unity’s new headquarters, a renovated warehouse and shipping container called the ReMakery.

But they didn’t have to move far. The ReMakery is just across the road from Epuni Primary.

In spite of how large Common Unity has become, most days Julia can still be found at work in the kitchen. “It’s so joyful to come together and cook with other people. Our kitchen is full of people from different backgrounds and ethnicities, and there is laughter and really good produce.”

She says her work is inspired by her experience of being a single mother and needing the help of others. “At a time in my life when I was undergoing cancer treatment and living on a benefit, I was completely reliant on my community for support and food.”

She uses local talent and resources to disrupt the cycle of poverty with self-sufficiency. “The most heart-breaking conversation I’ve had at the kitchen was with a seven-year-old boy,” says Julia. “He told me he had relatives in prison and in the gangs.

More stories you might like:
Sniff, sip and swirl: It took five years of blind-tasting for Sophie Parker-Thomson to become a master of wine

Not if Julia can help it.

A lot of the charity’s produce comes from the gardens at Rimutaka Prison, where the men can opt into gardening work. Many do so because “they used to be that hungry kid”. “This is a practical way of connecting people on the inside back to the outside. The men we work with feel like they are partnering with us and are part of the community of Lower Hutt because they are having a direct response to something they deeply understand.”

The charity also has its own network of Urban Kai Farms: backyards that Hutt Valley residents have converted into organic food farms with support from Common Unity. Excess produce from these gardens is donated to the charity, sometimes amounting to hundreds of kilogrammes of veggies a week.

Housing NZ tenant Tracey Johnson successfully trialed the Urban Kai programme in Naenae last year. There’s now a waiting list of others wanting to do the same. Twelve more micro-farms will be established in 2019.

The Lower Hutt community “is owning the task of feeding itself”, something Julia Milne (pictured middle, right) says goes beyond filling lunch boxes.

Eating plant-based, local food is also a proactive response to climate change, she says. To be healthier, to support employment opportunity, and to look after one another, “we simply must eat locally.

Humans have always grown and shared food in the wider sense of being a village. This isn’t new — growing to share is something we all innately understand.”

Find a full list of volunteer opportunities or donate here.