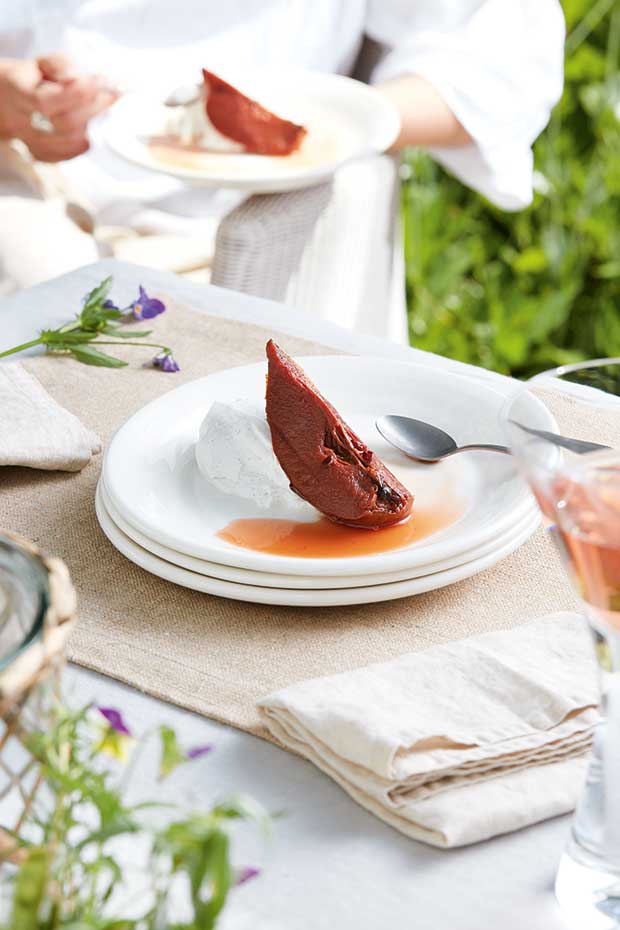 An old-fashioned fruit is transformed with a little heat and a lot of airy coconut cream.

Heat oven to 150°C. Put the sugar and water in a pot set over medium heat, stirring until the sugar dissolves. Place quinces into a roasting dish, cut side up, with the cinnamon and vanilla bean. Pour over sugar syrup.

Cover with foil and bake in the oven for 2 hours. Remove and turn quinces over. Return to oven and cook for a further 1½ to 2 hours until quinces are ruby red and very soft.

Transfer the quinces to a large bowl, then pour the syrup over the top. Serve with lashings of Vanilla Whipped Coconut Cream. Serves 6

Chill 200ml of Kara coconut cream (from a tetrapak) in the fridge for at least three hours (or in the freezer for one hour).

Pour into a bowl, then add 1 tablespoon icing sugar and ½ teaspoon vanilla bean paste. Whisk with electric beaters until thick. Serve immediately or refrigerate for up to two days. Serves 6