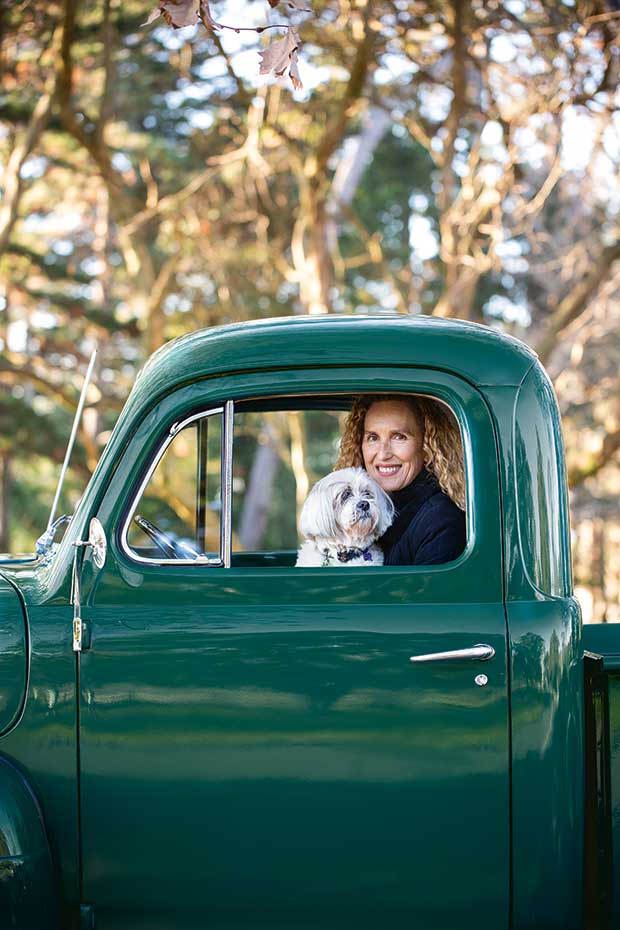 Rhonda Mildon loves cars. She knows she shouldn’t given the state of the planet’s lungs, but she can’t help herself. At 13 she first got behind the wheel — initially driving up and down the family’s driveway.

Then, with her father, she took on the rural backroads of Auckland. Her mother, anxious and sitting in the back seat, tapped her father on the shoulder: “Len. Len! Tell her to slow down!”

And in that auspicious and freedom-defining 15th year so longed for by wannabe motorheads of the day, Rhonda got her licence and her first car — a Hillman Hunter. 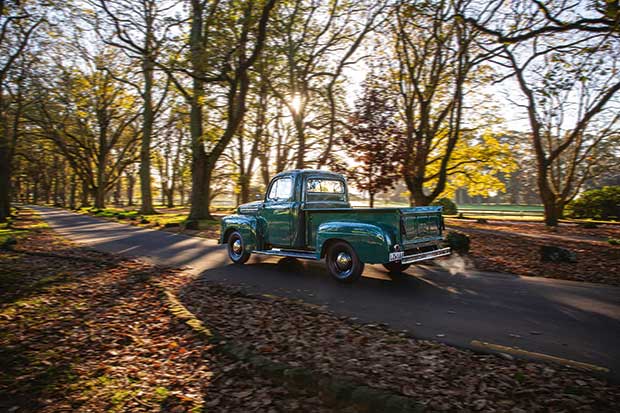 A mint 1953 Morris Minor followed the Hillman. Its number plate, BC4058, is forever etched in Rhonda’s heart because although she appreciates all cars, she has a particular fondness for old ones.

Several years and cars later, Rhonda — now working in the United States as an emergency department nurse — decided it was time for a dream car. She didn’t want a daily runabout for doing chores and getting to and from work, but a car that would blow the workaday cobwebs from her head. Since she always planned to return home, the vehicle would also be a reminder of her time in the United States.

Perusing the classified advertisements website, Craigslist, Rhonda came across a 1951 Ford pickup. She marked it and moved on to look at, among others, a T-Bird in Florida, but she kept coming back to the truck, a beautifully restored 1951 Ford F1 Flathead V8.

The car’s history went like this: owner Joseph Cashen lived in Santa Monica but also had a property — Wingmaster Farm — on the California coast. Joseph and the farmer next door shared the truck as Joseph’s ranch was mostly a weekend retreat.

Time went on, people grew old, and the farmer next door passed away. The truck was retired to Wingmaster Farm. It wasn’t unloved, just unused; Joseph’s daughter Pat was particularly fond of it. And when tired of big-city life, Pat asked to make the farm her home, Joseph added one condition: that Pat refurbish the truck. 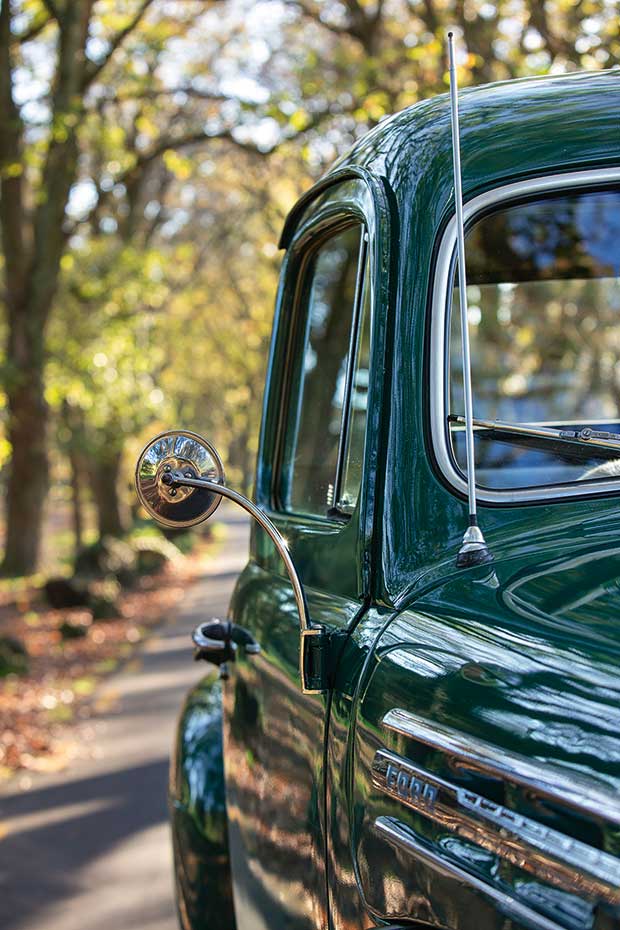 With no prior knowledge, Pat stripped it to the chassis and hand-sandblasted each panel. She removed every nut and bolt and marked them on a plan with a Post-it, sourcing the few components she couldn’t retrieve. The only element not original when she finished was the battered wood panels in the tray that Joseph replaced with California white oak.

The truck was perfect for Pat and her young son, but as the boy grew into a teenager, he and his mother also outgrew the truck, and Pat reluctantly put it on Craigslist.

Rhonda fell hard for the pickup. She took it for a spin, and if Pat had any doubts about selling it to her, they were dispelled when she double-clutched into third gear; the first person, said a delighted Pat, who could drive it. She wouldn’t even take a deposit on the sale, happily prepared to wait out the fortnight it took for Rhonda to release funds from a term deposit.

At first, the enormity of being the owner of such a treasured vehicle was an unexpected anxiety for Rhonda. Her first solo excursion would be from the Thousand Oaks area, along some of America’s busiest roads and highways, to her home in Marina del Rey on the Los Angeles waterfront.

She may have won Pat’s approval with her double-clutching, but she had to get used to the dimensions of the truck, which were different from her Volvo sedan. 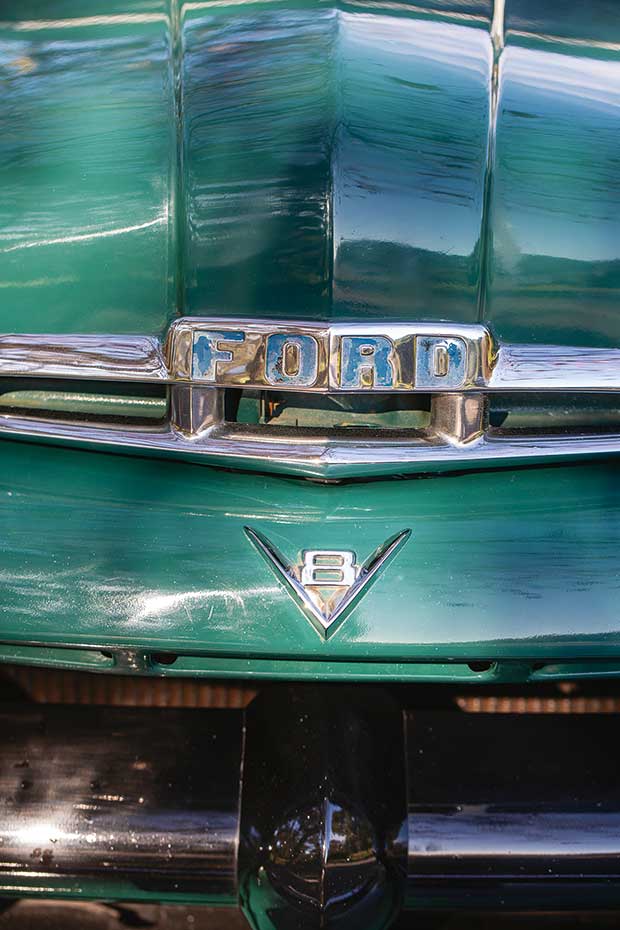 Pat offered to deliver it, driving it down the winding Topanga Canyon to the Pacific Coast Highway and onto Rhonda’s place. Rhonda then drove Pat home in her Volvo.

More stories you might like:
How aviation tech company Spidertracks took its real-time tracking solution from New Zealand to the world

It took only a few trips for Rhonda to get used to the size and feel of the truck and soon she was confident driving it on the freeways. Other people loved it, too. One day, a man pulled up beside her at the traffic lights in Marina del Rey, left his car and came to Rhonda’s window. He dangled his car keys and told her he’d swap the truck for his Audi right that instant.

Another time, an admiring couple followed her home, not intending to alarm her but merely to relish the sight of a Ford — and United States — icon.

For its trip to Aotearoa, the truck took up half a 40-foot shipping container. Thankfully, there was LA-based Kiwi Shipping, a division of Mainfreight, to help with the process. This included packing the truck and Rhonda’s belongings so neatly and securely that everything arrived intact — no scratches or breakages. So desirable are the old plates that in 2015, California’s Department of Motor Vehicles (DMV) introduced a Legacy License Plate programme. Under the scheme, car owners were offered the opportunity to purchase replicas of historic plates for any year and model of car, commercial vehicle, motorcycle, or trailer.

The container arrived early one December, where it sat on the wharf during the Christmas break. A further wait had to be endured while the Ministry of Primary Industries fumigated the container because of Joseph’s white oak panels. Then, the car’s age and mechanics caused consternation at the VTNZ, making getting a New Zealand WoF unlikely. 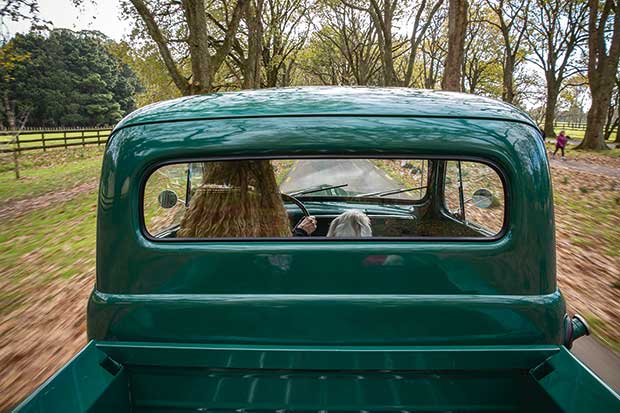 Luckily Rhonda has a cousin, also a car- lover with a couple of antique vehicles, who put her onto a vehicle-compliance specialist.

With the help of GR Engineering on Auckland’s North Shore, Rhonda tackled the red tape that would make her truck roadworthy in Aotearoa.

More stories you might like:
From protester to broadcaster to poet: Dr Haare Williams uses many mediums to bridge the distance between Māori and Pākehā

Rhonda found out that although the brakes were safe, their age meant they lacked the stamp now required to show compliance with safety regulations. New brakes were ordered from the United States. The steering wheel had the play or looseness that many old vehicles have, which is no longer acceptable. 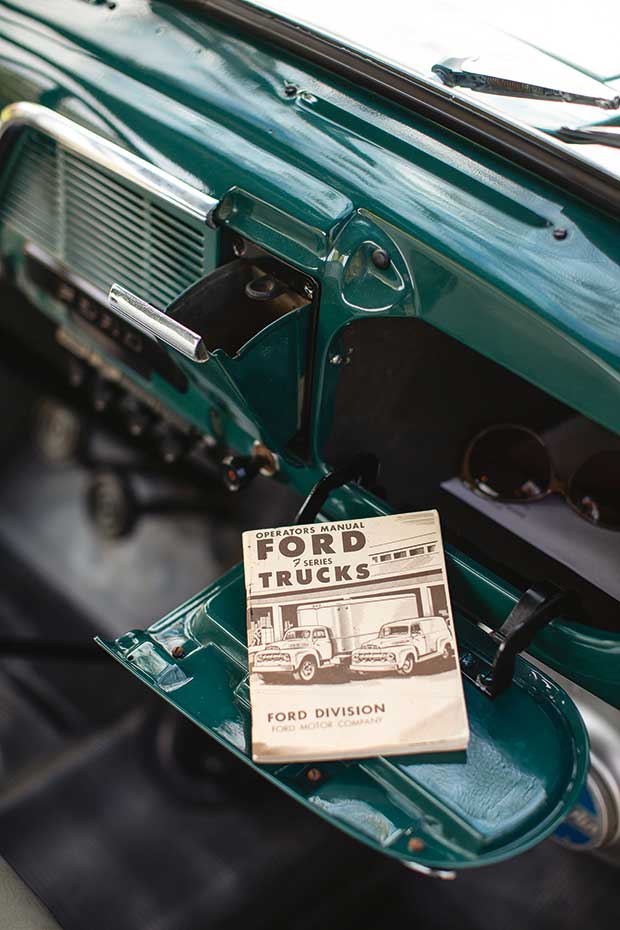 The United States standard seatbelts also had to be removed and replaced with New Zealand-compliant restraints. There was a small oil seepage here, and a loose screw there but, tick by tick, the truck got closer to going home with Rhonda. In February it was released.

Like her initial foray on the LA freeway system, the trip from GR Engineering to her home on the other side of Auckland was a little nerve-wracking — navigating the motorways, going the long way round to avoid the Harbour Bridge, and edging around roadworks and through the Waterview tunnel. 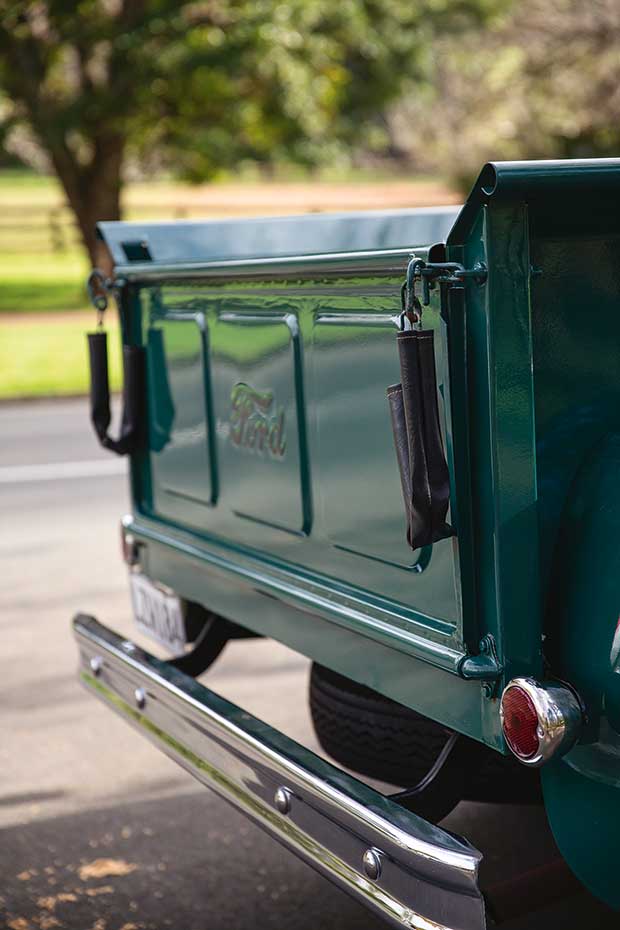 This time, though, it wasn’t because she was in an unfamiliar vehicle, but after 30 years in United States, she was on left-hand roads. But even before she got home, she was wondering what she had worried about.

Muggy the rescue dog, 15 years old and nearly blind, loves the truck; it’s just the thing for a gent with a wind-blown fringe. Rhonda also cherishes it. She adores it because it is authentic. It has been fueled by affection all its life (even in those long barn days), and it has that particular old-car smell.

And — not least of its charms — it has a distinct Ford F1 Flathead V8 sound, an engine note that aficionados say once heard is never forgotten.