A roadtrip across the USA exploring Yosemite, Zion and Gunnison National Parks A farewell tour of some of the United States’ most famous destinations comes close to breaking the heart of this nature photographer.

Willingly rolling out of bed at 4:30 am and layering on winter clothes before standing, in near freezing temperatures, at the edge of a precipice is enough to indicate to most people that they need a head examination.

As my alarm rings, I’m also tempted to hit the “off” button. These predawn starts haven’t become any more alluring in 10 years of doing them, and yet excitement still drives me out of bed. In the past 24 hours a rare, late-season snowstorm has blanketed the Sierra Nevada, and I’m on my way to capture Yosemite National Park under fallen snow and rising sun.

It’s April, springtime in America. I’ve been on the road for the past three weeks and will be traveling for two more. I’m currently 1220 metres above sea level in the foothills of California’s most prominent mountain range, which lies between the heat of the Great Basin’s desert landscape and the fog-laden hills and rugged beaches of the west coast. The Sierra Nevada is the halfway point of my 5077-kilometre circuit from the Rocky Mountains to the Pacific and back again, during which I’m taking in seven national parks that are home to some of the country’s most spectacular natural icons. 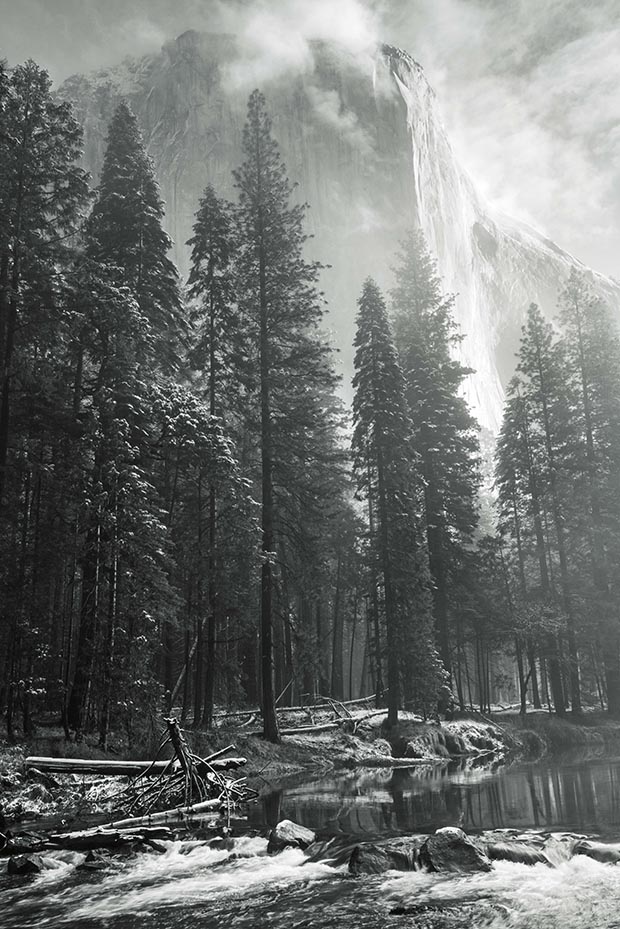 This route is frequently taken by American families and international travelers during the summer but, in my case, it’s more of a poignant experience than a holiday. After nearly a decade of living and working in many of these places, I’m photographing them before I leave the States – my country of birth – to travel halfway around the world to begin a new life in New Zealand.

It’s this element of farewell, of neither knowing when I will return nor what these places will look like when I do, that motivates me to take up the challenges of this trip. I’ve covered 400 kilometres in three days just driving to and from my St George campsite in Zion National Park, and lugged my tripod and camera equipment 10 kilometres through a steep river canyon to secure a shot in the park’s backcountry. And now, after throwing off those snuggly blankets and grabbing my gear, I’m sliding into the car heading to Yosemite. It’s minus three degrees Celsius as my clock ticks 5am.

After 45 minutes navigating the icy curves of a winding, narrow road and still in half-dawn light, I pull into a car park. A low stone wall borders a lookout where several people, dressed in multi-layers, stand alongside tripods and cameras. I’m at Tunnel View, possibly the most famous vantage point in the Yosemite Valley. I’m trying to avoid crowded destinations but this morning I’m grateful I’m not the only one crazy enough to be out here. 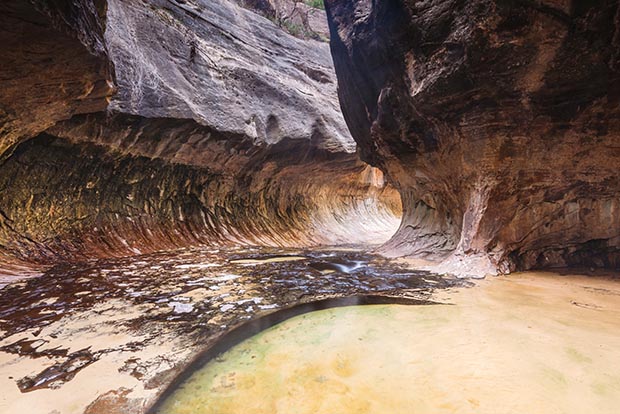 The lure that draws us here – breathing into gloved hands and waiting for first light in front of one of nature’s grandest vistas – is what originally propelled me towards protecting nature. During university, I worked as a summer ranger at Sequoia National Park, a Sierra Nevada mosaic of deep caverns, towering peaks and the world’s largest trees. This ignited a passion for photography and led to several years’ work with conservation organizations across the western United States. It also sparked a desire to see the beauty of our planet beyond my home country. I wanted to learn how people cared for environments in other parts of the world, and New Zealand was an obvious destination.

As I wait for dawn to arrive, my thoughts drift back two and a half years: it’s a bright January morning when I arrive at Auckland Airport. In between terminals, the songs of birds I’ve never seen serenade me. Over the next four months, I travel on a solo road trip around the country, experiencing the solemnity of Cape Reinga, the Martian terrain of the Tongariro Crossing, the wild subantarctic beauty of the Catlins and the jaw-dropping vistas of the Southern Alps.

I learn the Māori names of species, and I meet and work with New Zealanders whose lives – like mine – are shaped by our landscapes. I left my heart in New Zealand, and I vowed to make it my home. Now that moment is approaching, and in a few months I will bid farewell to the United States of America. 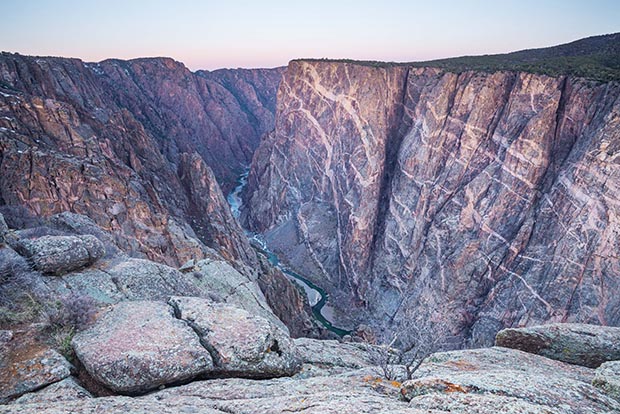 Dawn over Painted Wall, in the Black Canyon of the Gunnison National Park, Colorado.

As Yosemite Valley emerges before us I start up a conversation with Steve, a photographer from Arizona I’d met in the park the evening before. Steve has spent the past 10 days photographing Yosemite, even sleeping in his truck to shoot during the previous night. I’m definitely not the only one crazy enough.

“I feel cold just thinking about sleeping out here,” I say, glancing back at the ice covering Steve’s windscreen. He laughs, showing me some of the images he’s captured on his LCD screen. “You forget about the cold once you have the shots.”

Our conversation is cut short as the grey light softens to a gentle rose pink. Dawn is upon us. Sun begins to warm the air, and plumes of mist rise from Bridal Veil Falls and the thick forest of conifers lining the Merced River.

El Capitan, the vertical rock formation on the north side of the valley, catches the first light of the sun, its nose turning gold. For several minutes there is silence, broken only by the click of cameras and the occasional shuffling of winter boots on the icy ground. Each time I exhale, my breath lifts in a fog to become part of the scene before me. Through my photography, I have a chance to share the incredible – and incredibly fragile – beauty of our world with people who, otherwise, might never see it. But only if I’m here, in the right place at the right time, taking those photographs. To paraphrase environmentalist Baba Dioum, we will conserve only what we love and understand. Photographs are a powerful step toward understanding.

The sun creeps over the hunchback of Half Dome at the eastern end of the park, and I return to my car and head to the valley floor. Along the river, thick clouds lift from the banks into the spring sky. I stop at several lay-bys, clambering over snow-covered boulders and hopping across logs to capture El Capitan rising through the mists. Near a slow bend in the Merced River that offers a particularly striking reflection of the 2300-metre granite face, I cross paths with Steve again. He’s as giddy as a child on Christmas morning.

“In the past two weeks, I haven’t seen conditions this good,” he says. “Definitely worth the wait.”

I nod, a slight lump rising in my throat. It’s more than just a gorgeous morning. When the mists dissipate and the tour buses begin to roll in, I will be heading to the coast for the next leg of my journey. For me, this moment feels like a beautiful farewell.

Notebook
The best way to explore America’s national parks is a road trip. US Parks offers some suggested itineraries for self-driving tours, us-parks.com Distances between destinations are much farther than in New Zealand. Give yourself plenty of time for the trip, and remember to keep to the right. If you’re planning to visit multiple parks, purchase an America the Beautiful pass at your first destination to cover your entrance fees for all United States national parks – as well as many other federally managed lands. About $110 for a year’s travel, nps.gov
To learn more about the national parks and how to help protect them, visit the National Park Foundation at nationalparks.org