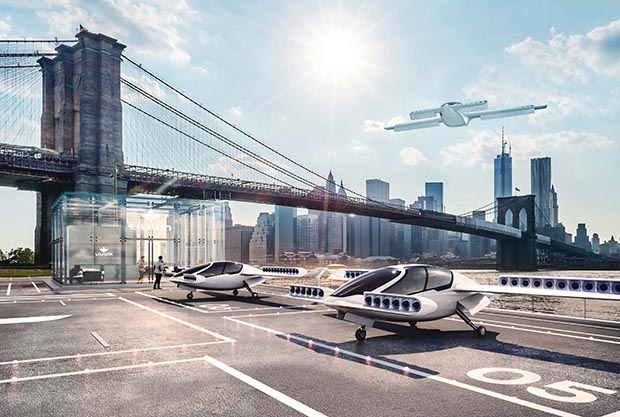 Lab-raised meat, plants picked by robots and flying cars: what was once science fiction is now reality.

DRIVING CHANGE
In 2019, German aviation start-up Lilium hopes to operate the first manned test flight of an electric flying car. The company, which has attracted more than US$100 million from investors, says the sleek vehicle can cover nearly 300 kilometres using a lithium battery. By 2020, a Slovakian company believes its own petrol-powered fly-drive hybrid will also be in the air. Other versions, which promise to revolutionize air and car travel, are in the wings.

Strategic foresight facilitator Robert Hickson says it will be some time before these vehicles, which resemble the sorts of transportation used in the sci-fi film Blade Runner 2049, will take to New Zealand skies. Robert, who writes the popular Ariadne blog (sciblogs.co.nz/blogs/ariadne), says the pace of change is slower than the headlines might suggest.

“People assume autonomous vehicles will be here sooner rather than later, but I think fully autonomous cars are at least a decade away. We can’t rely on the software to handle every situation. People seem to think that they will be able to read a book and leave it all to the car, but that’s not the case and we’re not going to solve that in the next year or so. We are more likely to see an increase in technology that helps us drive better, such as IT systems that provide automatic speed reduction.” 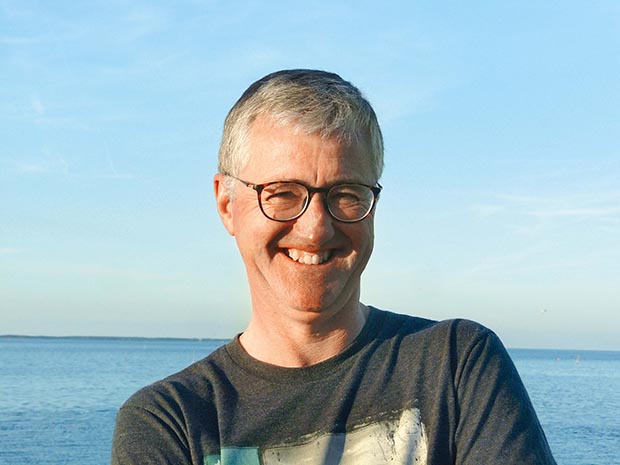 In the meantime, the uptake of electric vehicles for commercial use is already growing – electric shuttles will be operating on set routes in Christchurch this year and Robert says he expects to see similar trials in Queenstown and Auckland. Rubbish disposal firm Waste Management is hoping to increase the number of electric vehicles in its 800-strong fleet – it has already built an electric rubbish truck after struggling to source the type it wanted from overseas.

Wellington’s trolleybuses are being refitted with hybrid Wrightspeed motors, which use rechargeable electric batteries that are topped up with small conventionally powered motors.

In the medium term, Robert believes the trucking and freight industry is the sector to watch. “The development of electric autonomous trucks will be a game-changer,” he says. “It will affect how transport routes are designed and run as we use data to find the most efficient ways to move freight around. It won’t necessarily get rid of truck drivers because they do a lot more than just drive the truck, but it will go a lot further to reducing emissions.”

As electric vehicles become cheaper and develop longer range, Robert says we will see more charging stations to make them accessible. “It will be particularly interesting to see how they work in rural areas and you wonder if Fonterra is going to look at electric vehicles. If it is promoting a natural product, it helps with marketing if it can say it uses renewable energy.”

FOOD FOR THOUGHT
If we are what we eat, prepare to turn into a revolutionary. Food futurist and technology researcher Dr Rosie Bosworth says there’s a huge food production revolution on the horizon thanks to advances in synthetic biology, cellular agriculture and technology. 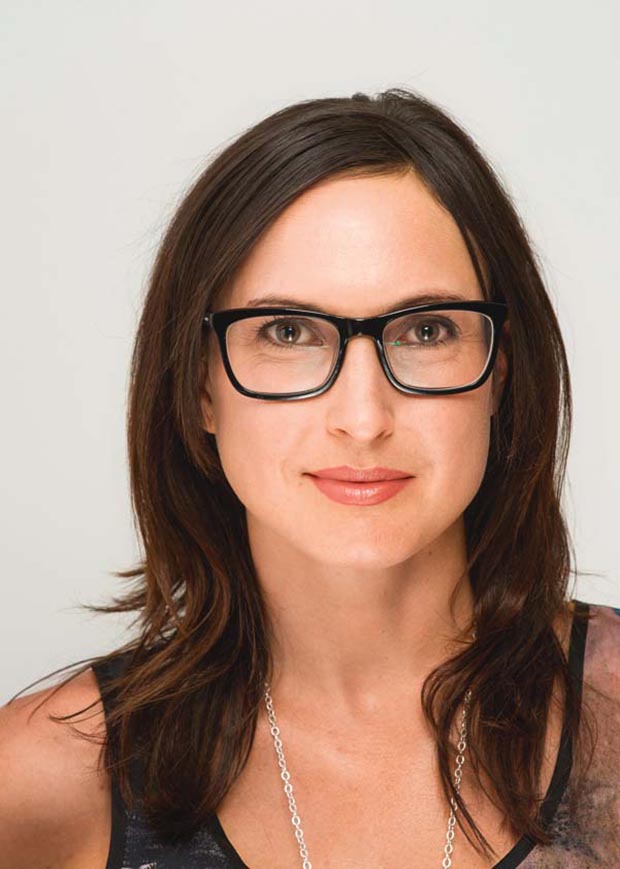 “Science and biotech, especially synthetic biology, are enabling start-ups to make favourite animal products like milk, meat, leather, fish, chicken and eggs without the animal by growing the same animal cells and proteins outside of the animal or living creature. “This will be one of this century’s biggest paradigm shifts, for the better,” says Dr Rosie Bosworth.

Dr Bosworth says a combination of technology improvement, consumer demand, a growing population and huge interest are driving these developments by venture capitalists. “We simply cannot continue to produce foods the way we do now if we are to sustainably feed a world population set to hit about 9.6 billion people by 2050,” she says. “We need progressive food systems to either surpass or complement the existing systems we have.”

More stories you might like:
New exhibition by visual artist Rebecca Swan challenges conventions of life and death

Cellular agriculture, which involves producing meat products outside the animal at a fraction of the environmental impact of traditional methods, is now being extended into other grocery goods, she says.

“In the United States, Perfect Day is producing milk proteins by inserting cow DNA into yeast, adding sugar and culturing it like beer. Clara Foods is making egg whites without the hens and battery cages, and Ava Winery is producing wine without the grape by replicating a wine’s amino acid and terroir profiles in the lab.”

Closer to home, New Zealand company Sunfed Meats, founded by former software programmer Shama Lee, uses plant protein extrusion technology to replicate the texture and feel of animal meat so there’s no compromise on flavour or texture. When its product was launched in New Zealand last year, tasters couldn’t believe Sunfed’s “chicken-free chicken” wasn’t the real deal and it has since regularly sold out in supermarkets. 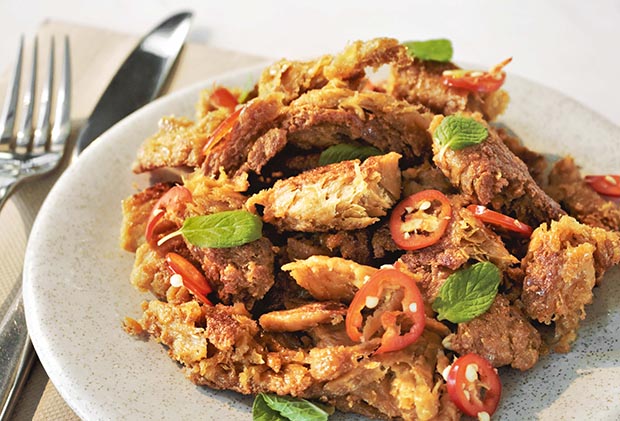 It may be a few years before some new-generation food sources will be accessible to the mainstream consumer, but Dr Bosworth says technology is progressing at such a rate that prices will drop over time. A greater hurdle may be convincing people that “clean meat” and plant-based proteins are tasty. Some traditional producers are already calling for greater regulatory barriers against their new competitors.

“Consumers just need to be open-minded,” she says. “Instead of seeing these new technologies as unnatural, unhealthy or a threat, see them for what they are – healthy, innovative and exponentially more sustainable foods. We need to embrace the change.”

She says controlled environment farming, where companies grow commercial volumes of nutrient-dense food, leafy greens, tomatoes and fruit inside urban warehouses and high-rise buildings is also an area to watch. These operations rely on LED lighting, cloud computing, and high-tech watering systems to produce more per year than their conventional counterparts while using much less water and no soil.

She says New Zealand’s Autogrow, which supplies United States indoor-farm start-up Plenty with leading-edge crop environment and nutrient software, is at the forefront. The company is also currently developing crop models (which it will deploy over its cloud platform to growers) that optimize water, energy and nutrients and maximize yield, quality and taste. 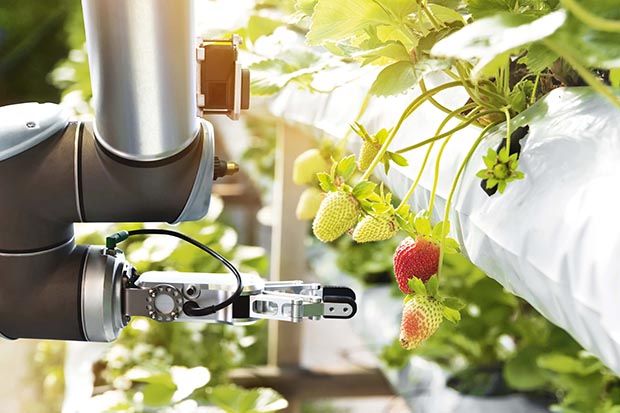 “This software combines the optimal environmental, nutrient and growing methodology for a specific plant. Blending the environmental data with the crop model allows the system to provide greater insight toward enabling a superior outcome of yield and quality.”

On-farm robotics and AI will also transform the food-production chain, especially at harvest. Dr Bosworth says New Zealand companies like Robotics Plus and Compac Plus are leading by creating innovative robotic harvesting, sorting and packing technology. “These technologies are bringing about truly beneficial advancements to humanity and the planet will be healthier and better off.”