Six different grains you can grow in New Zealand 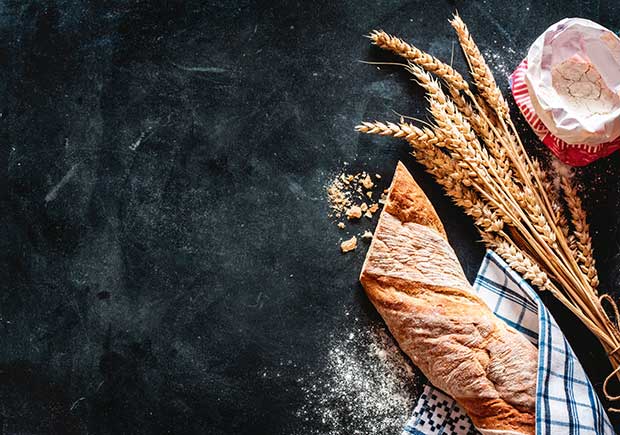 When you start reading about what goes into making the daily loaf, you realise what a luxury item bread is.

Growing your own grains is going to provide you with a more nutritious end-crop if you get it right. If you grow it organically it won’t have the high amount of chemicals that are required to grow conventional wheat crops.

The South Island has the best climate for wheat growing. Vincent Luisetti of Luisetti Seeds in Rangiora is proud to say that one of the wheat seeds developed by his company – Conquest – is the most widely-planted in New Zealand due to its disease resistance, good growth, and because it produces a high-protein flour. Almost all wheat is susceptible to powdery mildew, and higher humidity promotes it. You can use chemicals to control it but growing wheat organically can be difficult thanks to fungal infestations including powdery mildew and one called smut (or bunt).

Wheat is also a very greedy crop, with commercial growers applying three lots of fertiliser at key times to make sure the wheat grain that’s harvested has the high levels of protein required for bread-making.

Organic growers don’t tend to do this as high levels of nitrogen encourage fungal infestations. Instead, they rely on long-term soil care and organic manure mixed into soil at sowing, and accept there may be a lower yield per square metre.

HOW MUCH DO YOU NEED TO GROW?

The very helpful www.breadinfo.com notes that 9.2m² of wheat will produce 10-25 loaves of bread, depending on how well you grow it and if its protein levels are high enough, which can be variable (hence the wide range). For a family of four people eating four loaves of bread per week, you’re going to need about 110m² of wheat (more or less) to give you enough flour for one year. Varieties: various, for homegrown wheat Conquest is a good all-rounder.
Uses: flour for bread, pasta, cereal.
Plant: both do best in low humidity areas and are frost-resistant, spelt has a lower yield than wheat but doesn’t require as much nitrogen either.
Sowing: sow approximately 4cm deep, 8cm apart into a well-prepared seedbed with plenty of fertiliser or manure through it, in rows 15cm apart. Firm soil using a board so there is good contact between soil and seed, then water lightly.
Maintenance: keep out weeds by mulching or weeding.
Pests & diseases: both susceptible to powdery mildew and smut/bunt.
When to harvest: ripened wheat should be soft enough to dent between your teeth, but not so soft that you can bite through it easily. Spelt requires de-husking so is more fiddly to process than wheat.

Uses: toasted, popped, ground, boiled, can often be blended at 50%-75% levels with other flours in baked products.
Plant: a warm season crop, not frost-tolerant, drought-tolerant, grows in most soils but prefers fertile, well-drained soils, works well in rotation with corn.
Sowing: germinates best in a soil temperature of 18-24°C. Needs a good seedbed for the tiny seed to emerge, plant 15mm deep, 10-15cm apart in rows 75cm wide. Thin to 45cm once seedlings start to get away as the more room you can give plants, the higher the yield.
Maintenance: grows slowly in first few weeks so keep bed weed-free using mulch or tilling, but once plants are 15-25cm high they will shade out competition. Don’t water until at 2-3 leaf stage.
Pests & diseases: can be prone to fungal disease and phytophthera.
When to harvest: in dry weather, 3-5 days after first frost.

Uses: barley meal, in soups, as a flour.
Plant: very easy to grow, drought-tolerant.
Sowing: can be sown in spring or autumn, sprinkle seed evenly, about 100g per square metres. Sprouts very easily, will require thinning so plants are 20cm apart. Doesn’t need much watering.
Maintenance: mulch well or weed between plants in a small crop, may require fertiliser.
When to harvest: when plants turn gold and become brittle.

Uses: ground, soaked, boiled, can be used in place of rice.
Plant: a cool-season crop, very drought-tolerant, grows in most soils but does best in fertile, well-drained soils.
Sowing: germinates best in a soil temperature around 15°C. Needs a good seedbed for tiny seed to emerge, plant 15mm deep, 10-15cm apart in rows 75cm wide, then thin to 45cm. The more room you can give plants, the higher the yield.
Maintenance: grows slowly in first few weeks so keep bed weed-free using mulch or tilling, but once plants are 15-25cm high they will shade out competition. Don’t water until at 2-3 leaf stage.
Pests & diseases: as for amaranth.
When to harvest: when leaves have fallen, leaving dried seed heads, or when seeds fall off into hand when flower is shaken.

Uses: flour for breadmaking.
Plant: likes cooler, drier regions, drought-resistant due to extensive root system, does well in sandy soils, tolerates poorer soils better than other grains, less susceptible to disease but can be badly affected by fungus.
Sowing: broadcast and rake or sow shallow in a well-prepared seedbed, will not germinate well if sown too deeply (never more than 5cm), compacted or wet but does need to be firmed into soil. Sow 140-160 seeds per square metre. Will successfully germinate in cool soils where other plants will not.
Maintenance: very low maintenance, use manure vs a nitrogen fertiliser for good growth.
Pests & diseases: powdery mildew.
When to harvest: when about 85% of the crop is golden-coloured.

More stories you might like:
Mind your own beeswax: The Hawke's Bay couple making it easy to wrap food without plastic

If you can grow ordinary super sweet corn varieties then you can grow flour corn. Flour corn produces a grainy, often strongly-flavoured cornbread, and is used for porridge, polenta or flat breads. Look out for heritage corns traditionally used for flour such as Blue and Pink Hopi, Black Navajo and Blue Aztech, which can be mixed with wheat in bread-making.