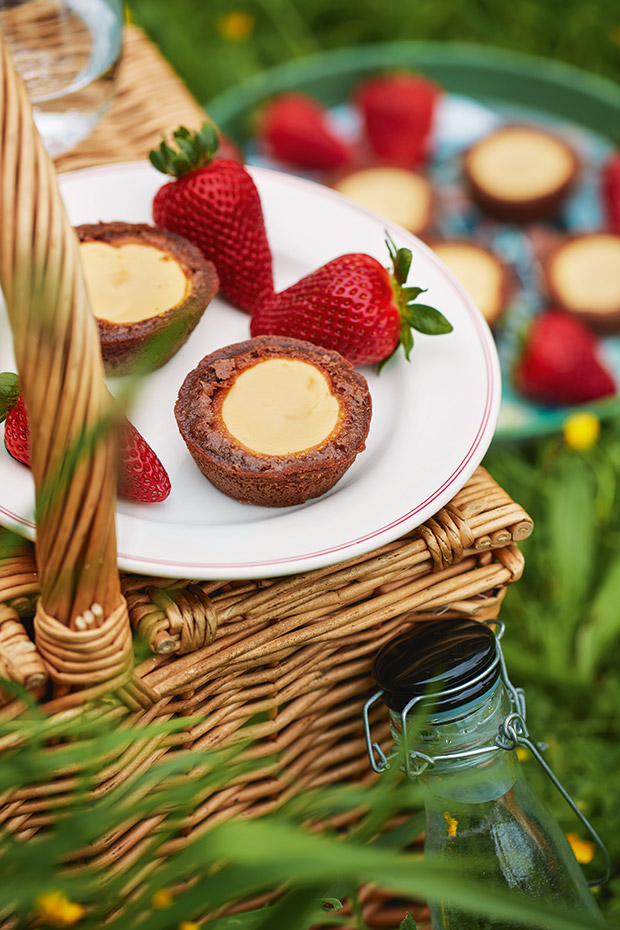 Cheesecake and brownies rolled into one ultra-decadent treat.

Heat the oven to 180°C. Use a baking spray to lightly grease a 12-hole muffin tin and line the bases with circles cut from baking paper. Make the cheesecake mixture first. Using an electric mixer fitted with a paddle attachment, beat the sugar and cream cheese until creamy and smooth. Beat in egg yolk and vanilla until combined. Set aside.

For the brownie, put the butter into a small pot and heat until just melted (don’t let it boil). Add chocolate and stir until three-quarters melted. Remove from the heat and stir until completely melted and smooth. Mix in the sugar, beaten eggs and vanilla. Sift in flour and salt and gently whisk in until just combined.

Scrape the brownie mixture into a jug, then pour into the prepared muffin tin until each one is just over half full. Place 2 teaspoons of the cheesecake mixture into the centre of each one, pushing it in gently. Bake for 11 to 14 minutes or until edges come away from the tin and centres are set. Leave in the tins until completely cold. Run a palette knife (or a table knife) carefully around the outside of each brownie and lift out. Remove paper bases.

Enjoy immediately or chill in a covered container for up to four days (or freeze for up to three months).