The story of a long lost Bambina 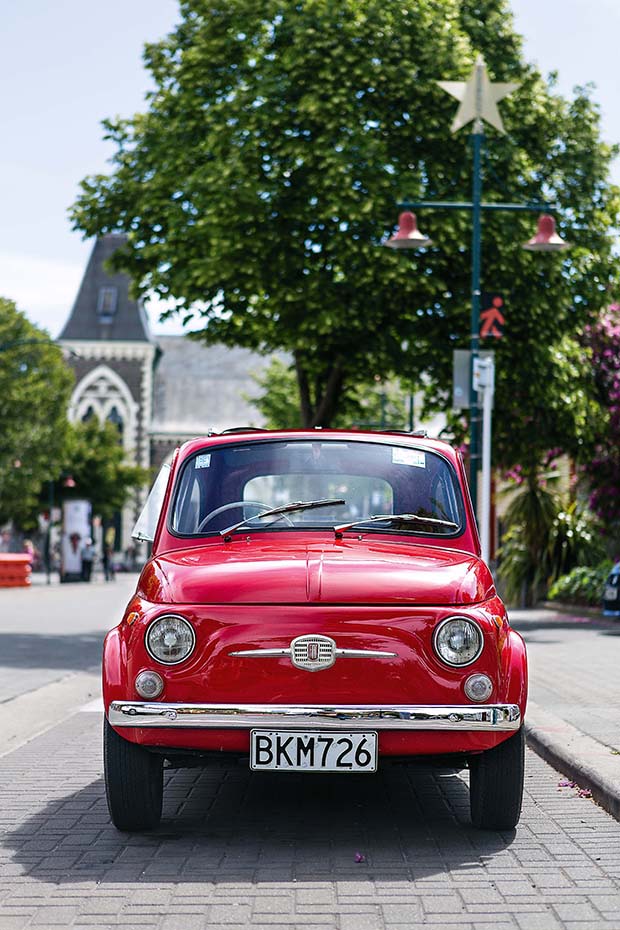 Sometimes it is impossible to let go of something… like an adorably dinky Italian icon called Niko.

When Christchurch’s Andrew Bain roamed through Italy in his late teens a voice in his head kept saying, Oh god what have you done? “I saw them in Rome and Florence going hell for leather along cobblestone streets and I realized I wanted mine back. It was an obsession that wouldn’t go away.” 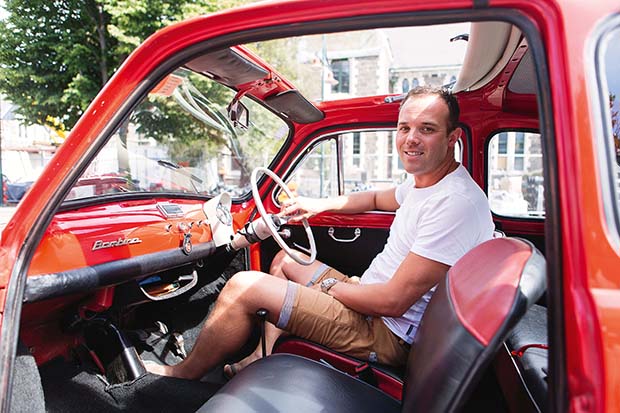 Andrew Bain driving Niko around the streets of Christchurch.

Prior to his wanderings in Italy Andrew had sold the little set of Italian wheels he had bought when he was 12. “I’m a sentimental person but I had to be practical. I had a work visa and I needed the money for travelling.”

It was the end of an incredible collaboration between a boy and a 1967 Fiat 500 F Bambina bought as a wreck and rebuilt over six years.

“The car was advertised in Buy Sell & Exchange and I pleaded with dad to take me to look at it. When I set eyes on it my heart was racing. All I could see was a work of art but all dad could see was something that I didn’t need, which we didn’t have room for and which required loads of time and money.” 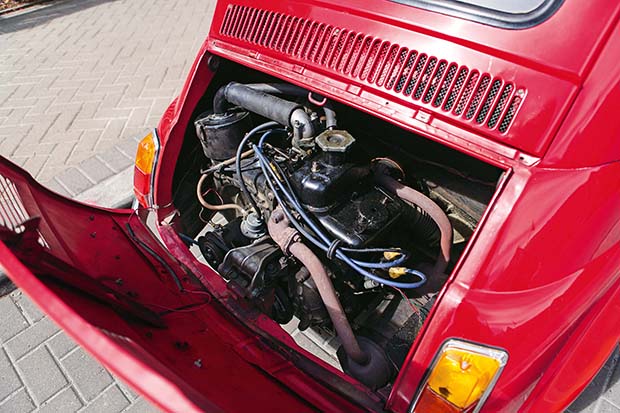 But the strong-minded schoolboy struck a deal and paid $150 for his first car. His father relented and a trailer transported the Fiat 500 to the family’s former business premises – Fazazz The Motorist’s Shop in Litchfield Street – later destroyed in the 2011 earthquake.

“It sat out the back in storage and I’d sit in it and dream. I saved up and bought missing parts from swap meets and Fiat club members. In the end I’d bought seven other Bambinas as donor cars for the specific parts we needed.”

Andrew’s final push had the Fiat ready for the road just before he winged his way to England.  Back home in Christchurch after a two-year stint overseas the regret that reared its head in Rome set in. He phoned the man who had bought his Bambina. No transaction was forthcoming and even worse there was no hope. 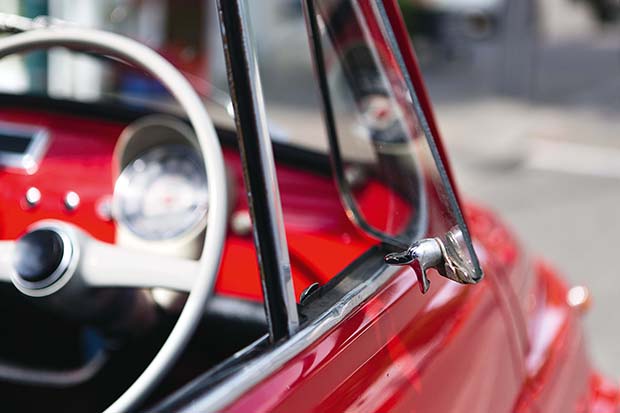 “He told me his teenage daughters adored the car, it wasn’t for sale and was never likely to be.”

Thankfully Andrew had other four-wheeled distractions. He played about with a 1963 Mini Countryman he’d stored while overseas and also purchased a BMW. His early fascination with cars was fuelled by his family’s hefty motoring heritage.

“Dad is mad about cars and so was my grandfather who drove a 1956 dark green Bentley S1 he had bought new which dad now has. Mum’s been really supportive. I’ve been a car fanatic since I could read Mini magazines and was itching to get my licence at 15. After school I’d walk to dad’s work where he sold classic cars.”

Andrew’s mother taught him to drive in her little 1982 Alfa Romeo Alfasud in a paddock at the family bach at Peel Forest, about 150 kilometres south of Christchurch. At 15 he bought a Land Rover Series 111 and, at 17, a rare 1981 two-door Range Rover Vogue – Julie Andrews had one, too. 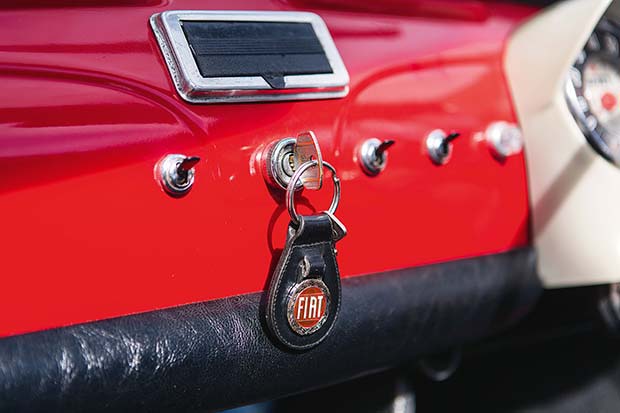 “It was on the West Coast. Mum and Dad were away for the weekend so my friend and I left school early, took a bag of cash which I’d saved doing painting and gardening jobs, drove over and brought it back.”

Andrew’s love of searching out special autos has since become a livelihood. Based near Amberley – classic vehicles, antiques and stylish motoring memorabilia are his speciality business. The highlights in his personal stable of cars include a 1987 Rolls-Royce Silver Spur and a 1978 Morgan 44. But more recently there’s been one acquisition to top the lot. It’s the stuff of dreams.

“Long story short – on a wet Saturday morning I was browsing on Trade Me. It’s crazy but there was my Bambina.” 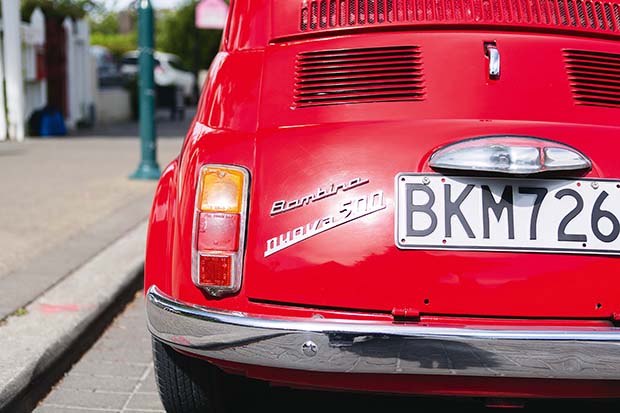 cooting down Papanui Road in his boyhood babe, 32-year-old Andrew says he still has the receipts for the work done on the car two decades ago. “I was meticulous and I had kept a record of what I spent. My handwriting is so spidery. Dad has put ticks beside the entries when things had been completed.”

It may have cost $15,000 to have the ownership papers back in his name but for Andrew it’s a bigger issue than the folding stuff. “It’s our story together. It’s an amazing connection. It was in pretty good nick when I got it back – nothing a good polish wouldn’t fix and other than a new fuel pump and an oil change it’s doing amazingly well.” 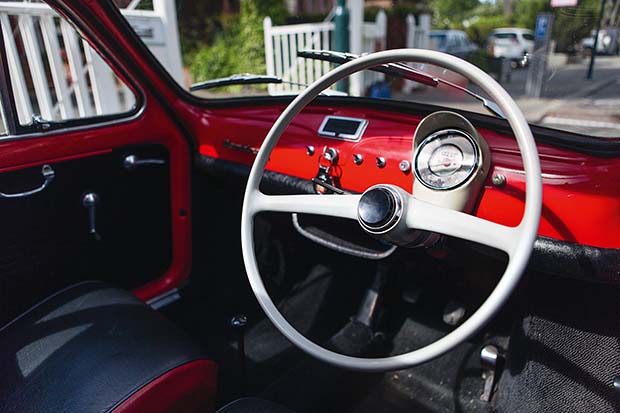 Around Park Terrace the tiny Bambina’s four-speed gearbox makes the most of its 499.5cc two-cylinder, air-cooled engine. “It’s no ball of fire but it drives beautifully and it’s hugely economical. It can be a bit frightening on the open road tucked behind a big truck – and 100 kilometres is pushing it – but it loves buzzing about. It’s a stunning warm-weather car with the sunroof and plenty of room on the back seat for a picnic hamper. It’s great for popping into Amberley for a coffee.”

Created by automobile designer Dante Giacosa to meet post-war demand for a budget car, the Fiat 500 was built from 1957 to 1975. It unexpectedly morphed from cheap to chic to Italian cultural phenomena. Andrew’s was the first model to feature front-hinged doors, its interior fit-out is almost identical to the quintessential 1957 version and its dinky dimensions are an instant smile. “It is a car that crosses all boundaries. People constantly toot, flash their lights….”

Andrew calls his little car Niko – a salute to his maternal grandparents, whose name was Nicol and whose generosity allowed him to buy back the Bambina. “My grandfather was a Spitfire pilot in World War Two and spent time in Italy. It’s a special link and I think of my grandparents a lot when I’m driving.”

He says it’s impossible to have a bad day when you are behind the wheel. “It makes the whole world feel right.”