The Insider’s Guide to the Catlins: What to do, where to eat, and where to stay 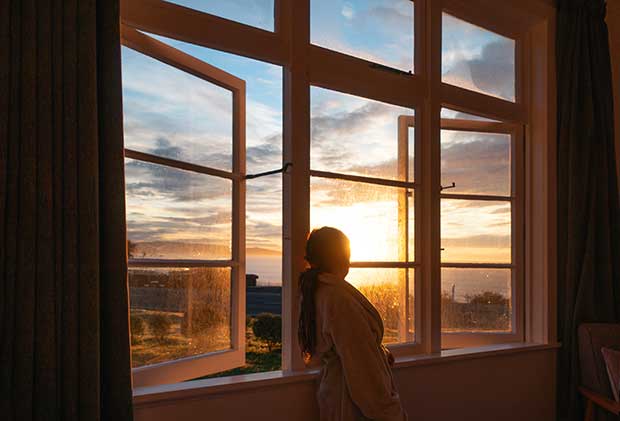 Waking up to the first light and smell of the Pacific Ocean at Kaka Point.

This is a special sneak preview of the Insider’s Guide to New Zealand 2019 edition. Available now for $19.90 *Includes delivery.

The narrow winding road to the northernmost point of the Catlins overlooks bays of golden sand, eventually ending at the picture-book landmark of Nugget Point. It is a classic setting for a lighthouse: Tokata Lighthouse sits on a promontory rising out of deep waters, a smattering of large nuggety rocks scattered into the ocean beyond.

This southeastern corner of New Zealand is named for a sea captain/whaler and wannabe land dealer. In 1840 Edwin Catlin and Ngãi Tahu chief Hone Tãhawaiki, known as Bloody Jack, traded rich podocarp forests and fisheries for muskets and thirty pounds. The deal was eventually overturned and much of the land remains pristine today. 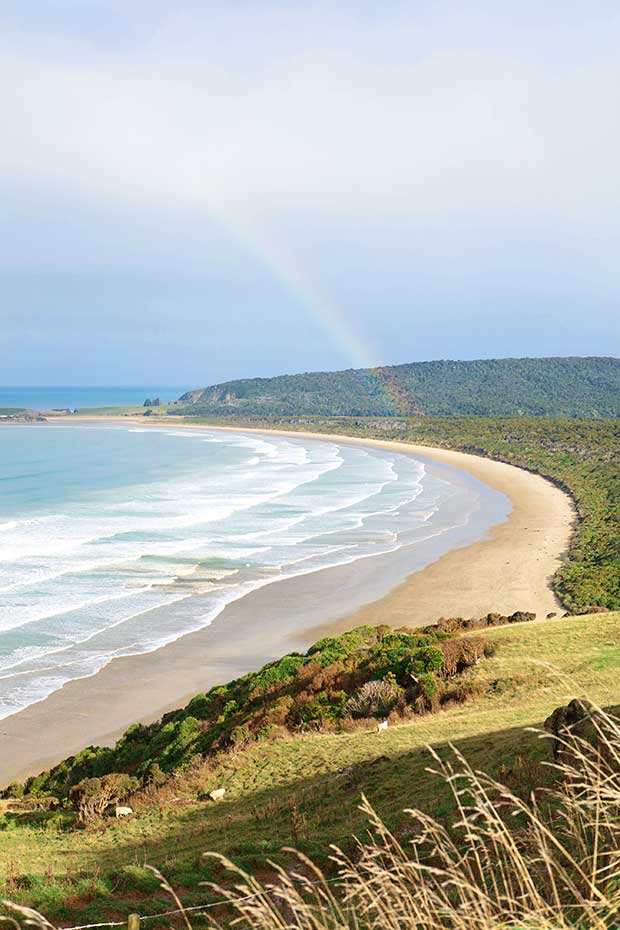 The sweep of Tautuku Bay viewed from Florence Hill lookout, where forests with trees more than 1000 years old grow right to the ocean’s edge. The dynamic weather and light of this southern coastal region increases the likelihood of a perfectly timed rainbow.

It is a short walk to reach the lighthouse and its viewing platform through wind-sculptured vegetation clinging desperately to the cliffs. The view south across the rocks reaches toward infinity — just the Southern Ocean rolling in, with line after line of unbroken swells, never-ending, never still. Waves curve around the headland, creating the uncanny sensation that the land is rising and falling rhythmically with their passage. It is mesmerizing.

This endpoint is a perfect start for a weekend in one of the country’s loneliest yet most powerful physical environs. Both the energy of the ocean and its clear sparkling waters are enticing. But with the midwinter celebration of Matariki fast approaching, the waters are icy cold. A barefoot meander along one of the Catlins’ many sandy beaches, with a swash of solstice-chilled waters around the feet erases all feeling in the toes as well as washing away freshly laid steps. 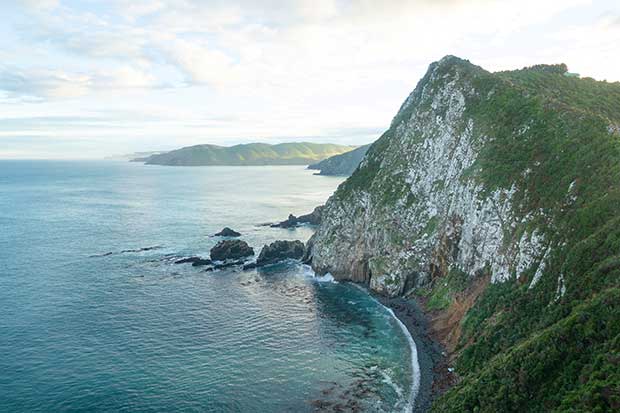 The rugged coastline around Nugget Point is home to fur seals and 40 species of sea birds.

The water is no warmer at Nugget Point’s adjacent Roaring Bay where the shrill call of the rare yellow-eyed penguin echoes between ocean and bush. A group of three give voice to the name hoiho (“noise shouter” in te reo) as each throws back its neck and yells loudly to the heavens. Maybe their toes are cold too, and this is a perennial call of complaint? Today, the water is dark, calm, milky almost, but often it is the opposite with monstrous, untameable waves roaring in from the south to explode on the shore and drown out the hoiho’s vocals. Later, from the windows of the Kaka Point hotel, and as the light of the short day fades, the 150-year-old lighthouse begins its nightly vigil, flickering light across the waters warning of those treacherous rocks in its twinkles and flashes.

The hotel was a favourite spot of the late poet laureate Hone Tuwhare, the loved boilermaker-turned-poet who made this region his own after buying a cottage at Kaka Point in the early 1990s. He especially favoured the local seafood and muttonbirds. Dining on the freshest blue cod, beneath the certificate of Hone’s honorary doctorate on the wall, his extraordinary life and work comes to mind. His first poetry collection No Ordinary Sun could easily be the slogan for his chosen region and the locals certainly did not regard him as ordinary but treasured. The small seaside settlement was a rich source of inspiration, with nature constantly present in the poet’s life – whether it be weather from the south knocking at his back door or sea lions lazing on the beach across from his crib. Purakanui Falls — extremely camera-friendly and even better when savoured with one’s own eyes and ears.

The Catlins is firmly nature’s domain, with three ruling “Ws”: waterfalls, wildlife and walks. Find them down back roads, often gravel and flanked by rotund ancient tōtara. Little wonder, with 200 days a year of rain in this part of the world, waterfalls are among the Catlins’ leading features. Many of its most famous are accessible by easy walking tracks, which meander through lush bush. Its most photographed is Purakaunui Falls, reached after a 10-minute walk through podocarp and beech forest. The falls are spellbinding and just 20 kilometres from the central Catlins service township of Owaka.

Enjoy the company of a party of dancing fantails on a walk to a beach inhabited by sea lions intimidating enough to thwart an attempt to pass them by. Drive an inland road, lined with moss-covered fence posts, to the peacefully meandering Catlins River and adjacent forests. Here, flashes of yellow and the rapid chattering of the yellowhead, or mohua, light up the forest-green canvas. The area is one of the bird’s last strongholds. 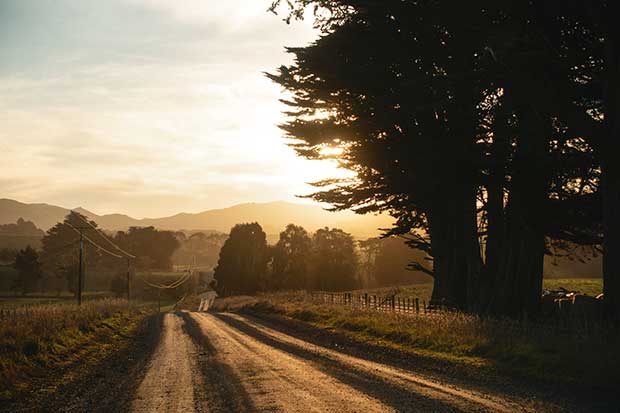 All roads in the Catlins lead to somewhere magical, and slowing down is part of the journey.

On virtually every road we are spoilt rotten with walking options, centuries-old podocarp specimens commanding reverence along the routes and the sound of waves growing louder as we emerge onto yet another lonely beach.  Ditching the map is a winning formula in this region, where the rain and sun continuously jostle for position. It’s clear that should humans decide to vacate, the bush would quickly reclaim the land, the wildlife would race back, and the noise of bird life would become even more of a racket than it is already. 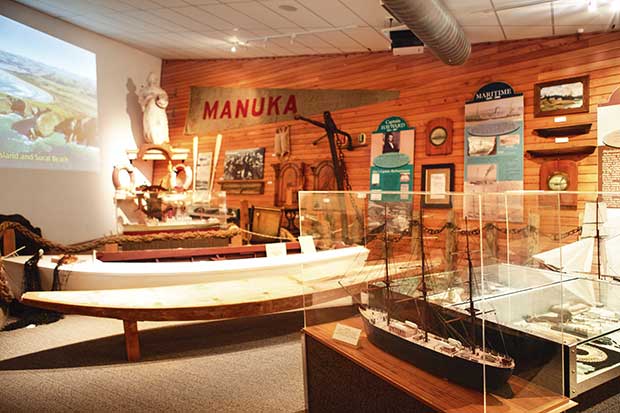 Sawmilling and shipwrecks have played a considerable part in the Catlins’ history, the harsh coastline and conditions responsible for 25 wrecks between 1839 and 2000. Memorabilia from these ships and other insights into the area’s history are on display in the well-curated Owaka museum, which is also the information centre for the region. Looking out to the Pacific Ocean, The Point provides a scenic setting for a meal of the freshest blue cod or a seafood platter, best accompanied by a beer brewed just a stone’s throw away at the Catlins Brewery. Scottish brewer Norm MacLeod has combined Scotland and New Zealand in ales such as Scotch Mist, a tribute to the early Scottish settlers who arrived on these shores.
58 Esplanade, Kaka Point, (03) 412 8800 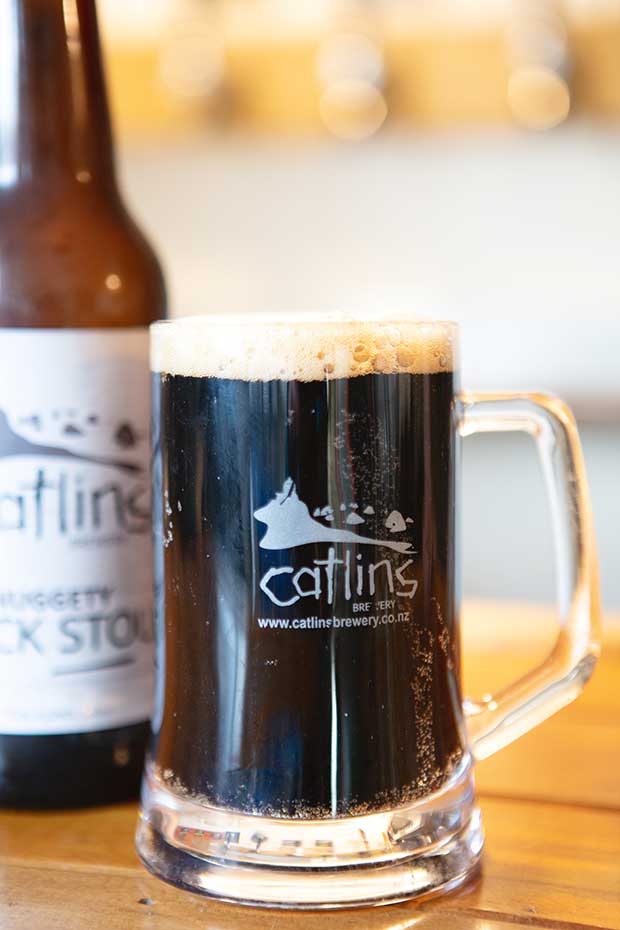 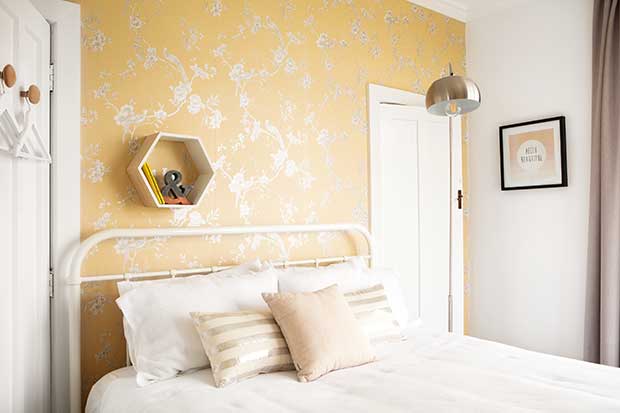 Local couple Jade and Lyndon McNab have worked tirelessly to bring the formerly derelict complex, once part of the old Port Molyneux school, back to life with a new purpose as a wedding venue and accommodation. A well-appointed and comfortable self-contained option, the Headmaster’s House comes with the bonus of a spa in which to gaze at the unobscured southern stars. Read more on the Catlins in the annual collectors’ edition, The Insider’s Guide to New Zealand. A thorough and independently researched guide to six of the country’s most spectacular regions, and packed with interesting things to do and see, it provides the all the research needed for your next holiday. Order the 2019 edition here for $19.90.