You may think you know what goes on when you’re asleep, but a night vision camera can be illuminating.

Ten years ago, I bought a Monty’s Surprise apple tree for my parent’s orchard. This ordinary-looking tree produces amazing fruit with cancer-fighting properties.

I bought the same variety, same age, and planted it at the same time. Within a couple of years, I was enjoying its enormous (up to 500g), delicious fruit. My parents’ tree was disappointing.

It would flower, apples would grow, then in mid-summer, they’d disappear, or fall off, rotting on the ground. My mum did not like this kind of surprise. She was convinced she had a dud.

Last year, their normally-lush tropical garden began looking sparse. My parents assumed it was probably due to possums and set a trap, catching the odd one. But their trees and shrubs continued to show damage.

They have a trail camera for security purposes, a clever little unit that can take video or images, day or night, when it senses movement. Mum set it up on the deck, just a couple of metres from the back door, to see what was going on overnight. 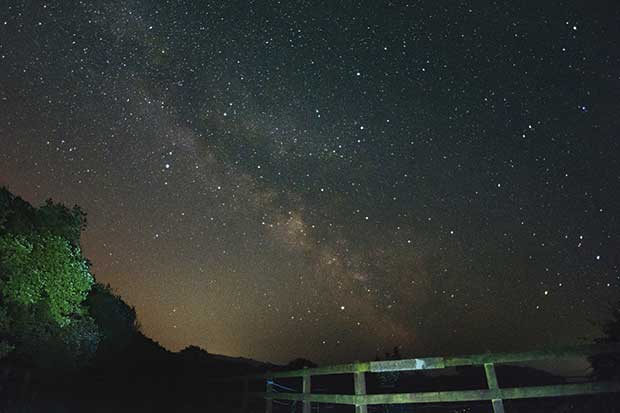 The superhighway of predators she captured on tape was a shock. There were families of possums meandering around, even climbing over the trap. Rats nonchalantly strolling about. Mice. Rabbits. Cats they’d never seen before. One night, a bloody great big ferret turned up.

The sheer number of pests and their complete apathy towards the trap was a big surprise to my parents. I suggested they try multiple strategies. Mum bought a 20-litre bucket of rat bait and set up two more traps.

More stories you might like:
7 gardening tasks for April: Sow carrot seeds, plant a green manure crop and dig up those potatoes

The camera continued to educate. After a few days, they could see the position of their live capture trap was a problem. Possums and rats were walking around it, trying to get the bait from the back but didn’t seem to spot the door. Mum changed its position slightly.

After a few weeks, my parents expected the pest highway congestion to ease. It did not.

The ferret was caught on camera again. Ferrets and stoats are smart creatures. It can take a long time to capture them, even for professional trappers.

Some baits work better than others. Rabbit is the ultimate for a ferret, but the rabbits were staying out of range of Dad’s shooting abilities. I suggested they try using raw chicken, dragging it along the deck to lay a scent trail leading into the trap. A few nights later, bang. A ferret so big, it filled the whole cage.

A year later and mum has happy news to report this autumn. Her Monty’s Surprise tree has made it through summer and is laden with large, ripening apples. Not one has prematurely hit the ground.

They’re still catching secret night visitors, but highway traffic is down to a more pleasant speed.

WHAT IS A TRAIL CAMERA?

These camouflage-coloured units are small, light, waterproof, and hard to spot. They are designed for use by hunters to see what game might be in an area. Most modern cameras use infrared flash technology, so the pest (or burglar) doesn’t know it has been snapped. Their range is about 12m, but good ones can take clear images at up to 25m. Most run on AA batteries. They can be placed on the ground or strapped to a tree or structure for height and security.